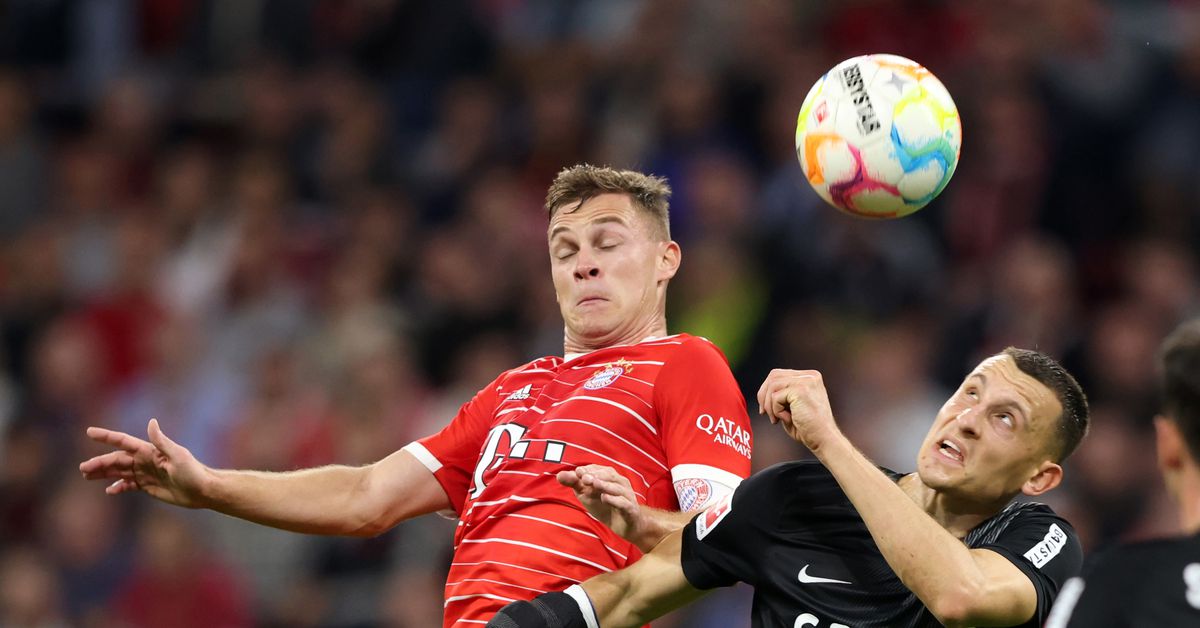 62′ — Oh God. Looks like Alphonso Davies has his hamstring done. Lucas Hernandez and Kingsley Coman (for Sadio Mane) come on.

12′ — GOOOOOOOOOAL! Excellent finish by Jamal Musiala, who is assisted by Sadio Mane through a turnover from Hertha. 1-0 to Bayern.

Kick-off: We’re on our way in Munich!

One hour until kick-off: We have lineups! Julian Nagelsmann plays Bayern Munich in a 4-2-3-1 with Serge Gnabry and Manuel Neuer returning to the line-up after a short and not so brief absence. Leroy Sané and Lucas Hernandez are on the bench for the first time in a long time and Jamal Musiala starts in Thomas Muller’s attacking midfield spot. Eric Maxim Choupo-Moting remains a starter given his great form this season. The rest of the lineup is as expected.

With only three games to go until the World Cup, Bayern Munich want to finish this phase of the season with as many wins as possible. Hertha Berlin is nothing like their urban rival Union Berlin in terms of playing style, competence, success, atmosphere, sympathy… well, everything really. But they have at least 11 men who can kick a ball, so they are a threat that must be eliminated.

Manuel Neuer will return in this match, while players like Lucas Hernandez and Leroy Sane can at least make the bench. Julian Nagelsmann has been slowly restoring his squad to health after the mid-October injury crisis, but renewed problems with De Ligt’s knee and Thomas Muller’s continued absence remain setbacks to the overall plan. Anyway, the squad has been in great shape lately and the coach has enough talent at his disposal to take down the… er… Berliners?

While you’re waiting for the game, can you watch our preview podcast? Listen below or via this link.