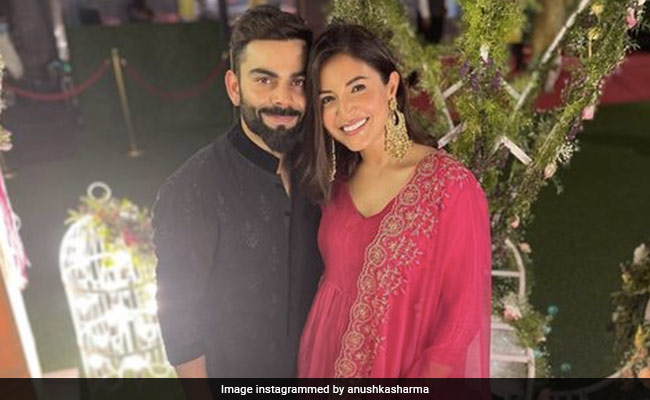 Virat Kohli with Anushka Sharma. (thanks to: anushkasharma)

Thursday night was a big day for Virat Kohli and his family. The cricketer hit his 71st international hundred at the Asian Cup. He dedicated his 71st century to his wife Anushka Sharma and daughter Vamika (more on that later). Anushka Sharma also shared a note for her husband. She posted pictures of Virat Kohli from the big moment, writing, “Forever with you through anything and everything.” In the comments section, Virat Kohli dropped heart emojis. “I also kissed my ring during the celebration. You see me standing here because of all the things that have been put into perspective by one person, who has stood by me through all these difficult times – that is Anushka. This hundred is hers and also for our little daughter Vamika,” said Virat Kohli, who dedicated the milestone to his family.

Anushka Sharma married cricketer Virat Kohli in 2017 in an intimate ceremony in Italy after dating for many years. In January last year, they welcomed daughter Vamika.

The actress, who was last seen in the 2018 film Zero, starring Shah Rukh Khan and Katrina Kaif, has been busy as a producer in recent years. Anushka Sharma is the star of movies like Rab Ne Bana Di Jodi, PK, Band Baaja Baaraat, Sultan and Ae Dil Hai Mushkito name a few.

Anushka Sharma will appear next in Chakda Xpressher first project after the birth of daughter Vamika, whom she welcomed in 2021. The film is based on the life of Jhulan Goswami.