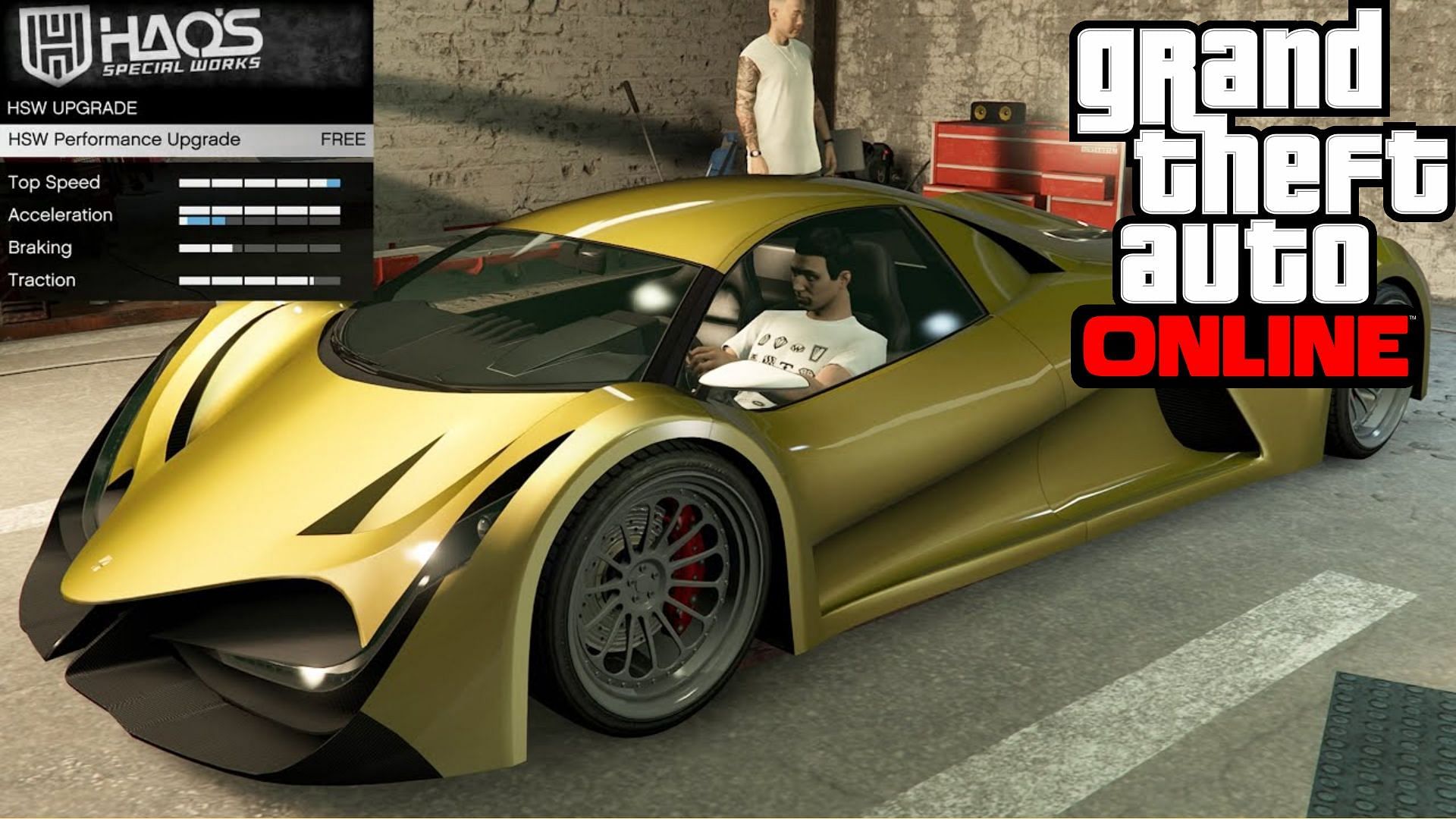 GTA Online’s multi-part winter DLC is expected to release later today and is expected to bring a number of new features, vehicles, and other improvements. Rockstar Games is also offering players a new car, the Declasse Tahoma Coupe, for a limited time.

Ahead of the big launch, players can grab the best cars available from Hao’s Special Works, which has some of the fastest cars in the game. This article lists the five fastest HSW (Hao’s Special Works) cars, ranked in terms of performance and stats.

It’s worth noting that HSW upgrades may be disabled for these cars if chosen for races. Aside from Hao’s Special Works, these cars can be modified at Los Santos Customs for other upgrades.

The Principe Deveste Eight is a supercar in GTA Online from Legendary Motorsport that can be purchased for a price of $1,795,000. HSW upgrades for the vehicle cost an additional $1,110,000. When upgraded with HSW upgrades, the car can reach a top speed of 151.75 mph (244.22 km/h). The car is a rear-wheel drive with a six-speed gearbox.

The Principe Deveste Eight had a fastest lap time of 1:00.261 when tested by popular YouTuber and GTA streamer, Broughy1322. The car has great speed, acceleration and driving stats. Braking is where it is rated below average.

The car’s fastest lap time is 1:06.066. The car is a rear-wheel drive with a five-speed gearbox. With comparatively better braking than the Deveste Eight, the car’s improved speed, acceleration and handling stats make it a must-have vehicle.

The Karin S95 is a sports car worth $1,995,000 in GTA Online. It can be fully upgraded with HSW mods for an additional $525,000. The car will be made available for free to players who have made the transition from the older PS4 and Xbox One editions of GTA V to the new edition of the game on the PS5 or Xbox Series X|S.

Once the HSW mods are applied and upgraded, the car can reach a top speed of 155.50 mph (250.25 km/h). The fastest recorded lap time of the Karin S95 is 1:05.699. The car is a rear-wheel drive with a six-speed gearbox. While the braking is average, the Karin’s acceleration, speed and handling are impeccable.

The Declasse Vigero ZX is the fastest HSW car, with a top speed of 157.50 mph (253.47 km/h) and a fastest recorded lap time of 1:06.249. The car is a rear-wheel drive with a six-speed gearbox. The overall stats for the car’s speed, acceleration, and handling are near perfect, and the vehicle’s braking is average, too.

The Vigero ZX costs $1,947,000 and requires an additional $550,000 to fully upgrade with HSW mods. The exterior design of the Declasse Vigero ZX is inspired by the real-life Chevrolet Camaro Gen VI.