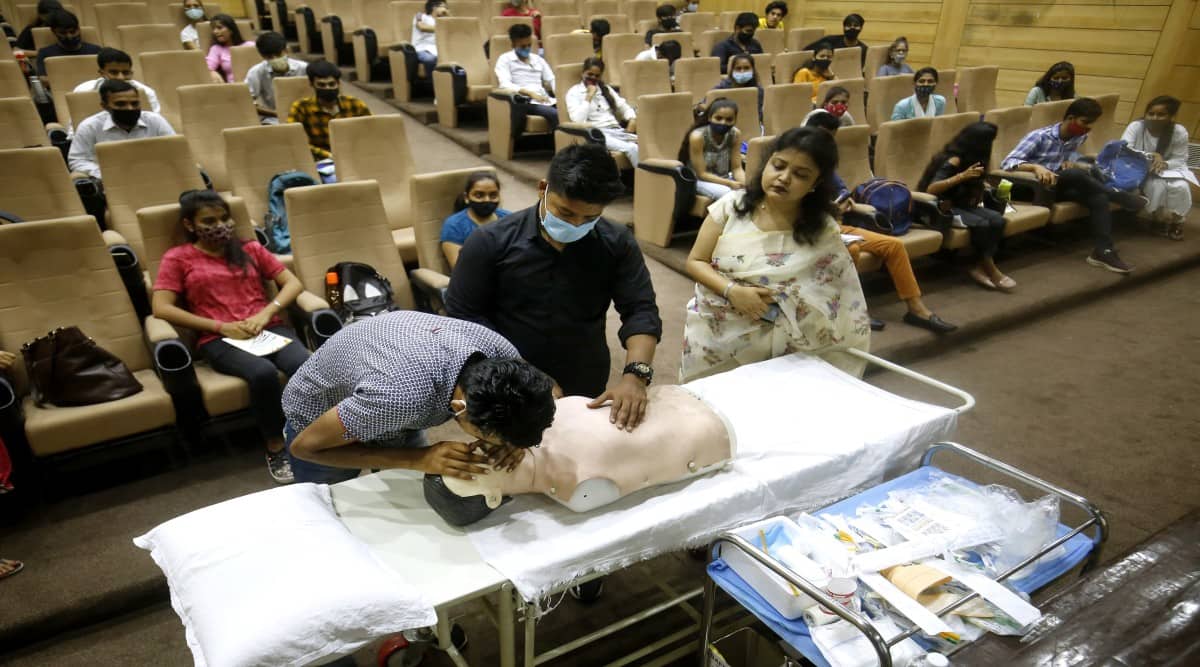 The cabinet has extended the term for taking the National Final Examination (NExT) for final-year MBBS students to September 2024 by invoking the provisions of the NMC Act.

While there is no official report as of yet that the NExT exam will not be held in 2023, the publication of the Official Gazette of the Department of Health on September 23, which includes Section 59 of the National Medical Commission (NMC) Act invoked that the regulations for taking the exam still have to be carried out. are being framed and the formation of a research cell is underway.

According to the NMC law, the committee must conduct a joint medical examination NExT for the last year within three years after coming into force.

The law came into effect in September 2020.

The NExT will serve as a general qualifying final year MBBS exam, a graduate degree to practice modern medicine and merit-based admission to postgraduate courses, and a screening exam for foreign medical graduates who wish to practice in India.

The notification stated that “even after nearly two years have passed, the relevant regulations have yet to be drawn up and the establishment of the examination cell is also pending”.

“Now, therefore, in exercise of the powers conferred by Section 59 of the National Medical Commission Act, 2019, the Central Government hereby gives the following order to eliminate the said issues,” it said.

This order may be referred to as the National Medical Commission First (Removal of Difficulties) order, 2022, and will become effective on the date of its publication in the Government Gazette.

“In paragraph (3) of Section 15 of the Act, the words ‘three years’ are replaced by the words ‘four years’,” the notice read.

According to official sources, NEET-PG is taken around April or May every year and since NExT is supposed to replace it, the exam should be taken in April or May.

Taking an exam requires preparations such as working out the modalities and deciding on the syllabus, the type and pattern of the exam whether it will be an analytical or multiple choice based test and the number of tests and prescriptions required etc. , officials said.

Students should also be given adequate time to prepare for the new exam, they said, mock tests should be conducted and a decision should also be made on which agency will conduct the exam.

The importance of the NEXT exam lies in the fact that it will be the same for every MBBS student whether trained in India or abroad and therefore will solve the problem of foreign medical graduates (FMGs), officials said.