God to War Ragnarok to Elden Ring: The video games that made their mark in 2022 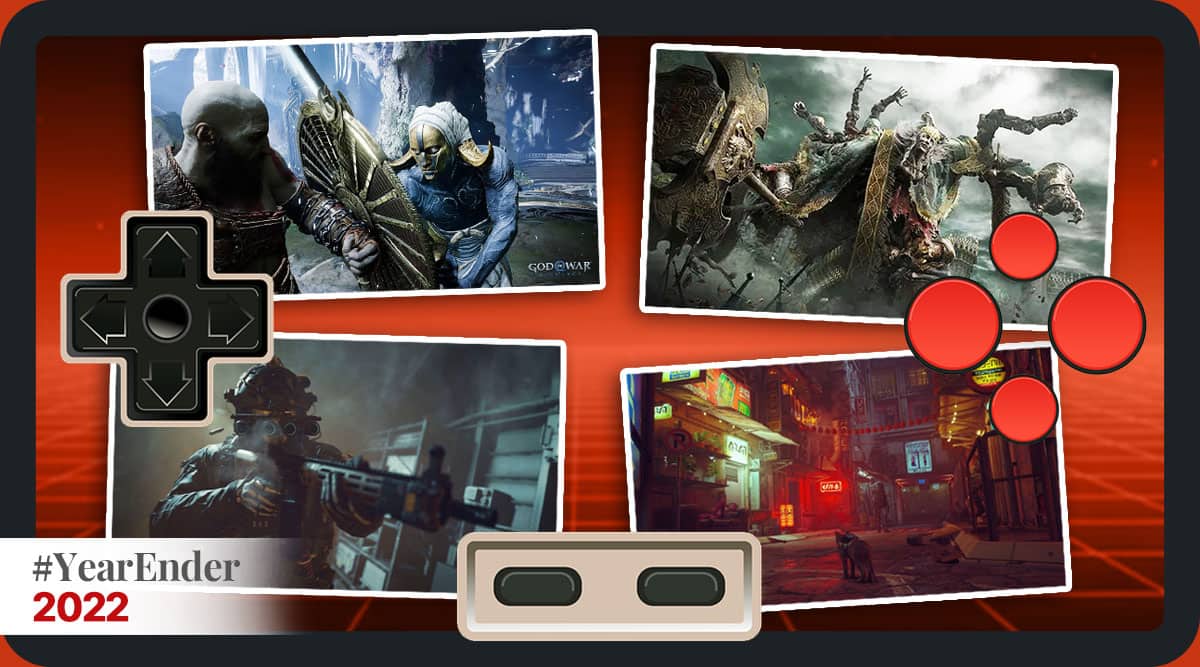 The past year has been an excellent year for video game enthusiasts. From console-exclusive titles to multi-platform titles, this year saw a number of exciting releases from both indie developers and the world’s largest game studios. It was also a good year for PS5 console owners, with several new titles really taking advantage of the PS5’s powerful hardware capabilities. Similarly, we also got the following installments of some of the most followed game franchises like Call of Duty and God of War. Here are the five best video games released in 2022 that impressed me the most.

God of War Ragnarök is available exclusively on Sony PS4 and PS5.

God of War Ragnarok is a must-play game, especially if you own a PS5 gaming console. Please note that the game is also available for PS4. However, if you want to play Ragnarok at 4K resolution with the best graphics quality possible, you can only do so on the PS5.

The game was set to release in 2021, but due to development delays, the game ended up being released in November 2022. It has received very positive response from critics and gamers alike and has now raised some seriously high expectations for the next installment in the God of War series .

While currently limited to the Sony PlayStation platform, the studio is expected to port the same to PC as it recently released the ported version of God of War on the Windows platform. So if you’re a PC gamer and want to play Ragnarok, you might have to wait a few more years.

Elden Ring is available on PC, Xbox and Sony PlayStation.

This was truly one of the most anticipated video games for 2022. And it also won the game of the year award. Elden Ring has impressed everyone, especially those who have been waiting for a game like this for years. This is an open world style video game known for its hard missions and the boss fights are definitely something that every gamer will cherish.

Elden Ring was definitely one of the most anticipated games in the Souls-esque genre of games, which typically involve punishing gameplay and frustrating deaths, forcing players to keep trying over and over again. You can read our full review of Elden Ring here.

Call of Duty Modern Warfare 2 is one of the hottest games of 2022.

In addition to the regular campaign mode (single player), Call of Duty Modern Warfare II also has a multiplayer mode, which currently has a few glitches, which are expected to be patched in the coming days.

A game for a cat lover.

While there are professional players who swear by video games, most of us indulge in video games for entertainment and pastime. Stray is one such game that offers just the right mix of fun and challenge.

See also  The different Founder's Packs and how to claim them

This game is based on the story of a cat who gets separated from his family and gets lost in a mysterious cyber city with neon lights everywhere. It revolves around the challenges the cat faces and how he overcomes them together with his friend B-12, a small flying drone.

This is another PS exclusive game, available for PS4 and PS5 game consoles. This is a visually rich open-world video game filled with monsters that can be defeated using various combat methods. This game uses the latest PS5 hardware and delivers a rich gameplay experience at 4K resolution. Horizon Forbidden West has also received good reviews from critics and that pays off a lot in the primary campaign and side missions.

Bonus: most talked about game of 2022

Grand Theft Auto 6 (official name to be confirmed) is one of the most talked about and trending video games of 2022. Rockstar Games has finally announced that it is indeed working on the next installment in the Grand Theft Auto franchise, which will most likely go GTA 6 to be named.

GTA 6 early development footage has also been leaked. Despite all that, there is certainly a lot of interest in the next game in the GTA franchise, which will likely be available on the latest generation of gaming consoles from Microsoft and Sony.

Since its official announcement, there has been a lot of interest in Rockstar Games’ upcoming video game, which is expected to be the next major open-world style video game, expected to be released on PlayStation and Xbox in late 2023 or early 2024. .