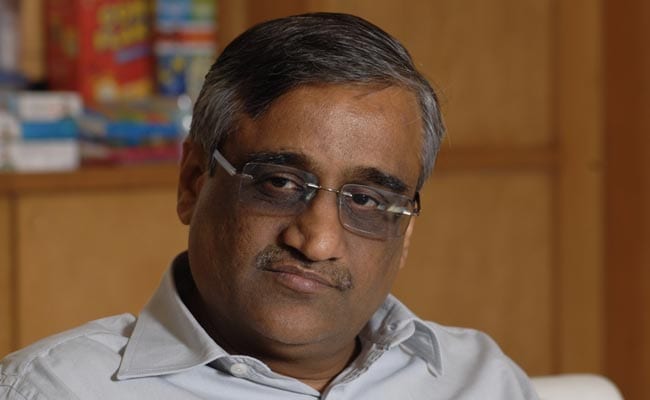 Kishore Biyani has stepped down from Future Retail’s suspended board of directors and resigned as chairman and director of the company, which is currently facing insolvency proceedings before the NCLT.

In his emotional farewell, Kishore Biyani, who has been associated with Future Retail Ltd (FRL) since its inception in 2007, said it was facing CIRP (Corporate Insolvency Resolution Process) as a “result of an unfortunate business situation”.

“Although the business has always been my passion and I have done everything I can to grow, I have to accept the reality and move on,” Kishore Biyani said in his letter of resignation to the company’s resolution professional.

The letter, a copy of which was shared with the exchanges, read: “As I understand, within my capacity I have completed all required hand holdings for you to take full control of the company and its assets and I have also completed the transfer of all information and data that was available from the previous management or could be obtained from ex-employees or third parties and shared with you all the insights about the company and its operations and various hurdles that the previous management faced.

FRL has informed in a legal document that Kishore Biyani has “submitted a letter on his resignation from the position of the “executive chairman and director” of the company. His resignation” will be submitted to the Committee of Creditors, as per the Insolvency Proceedings and Bankruptcy Act , 2016,” the company added.

Kishore Biyani, who was also known as retail czar in India, is known as the pioneer of modern retail in India, bringing the modern brick & mortar format to the masses. FRL operated multiple store formats in both the hypermarket supermarket and the home segment under brands such as Big Bazaar, Easyday and Foodhall. At its peak, FRL had more than 1,500 outlets in nearly 430 cities.

Kishore Biyani (61) has also agreed to cooperate with the lenders.

“Needless to say that despite my resignation, I would be available for any assistance possible, which can be done by me with my limited resources and ability to resolve any issue related to the company,” he said.

FRL was dragged into insolvency proceedings by its lender Bank of India after it defaulted on loans.

The Mumbai bench of the National Company Law Tribunal had ordered insolvency against FRL in July 2022.

It was part of the 19 Future group companies operating in the retail, wholesale, logistics and warehousing segments which were to be transferred to Reliance Retail as part of a Rs 24,713 crore deal announced in August 2020.

However, lenders had rejected Reliance’s acquisition of the 19 Future group companies, including FRL, amid a legal challenge by Amazon.

As many as 13 companies including Reliance Retail, Adani Group’s JV April Moon Retail and 11 other companies have made it to the final list of potential bidders for the acquisition of FRL.

RPT refers to a deal or arrangement between two parties linked by a pre-existing business relationship or common interest.