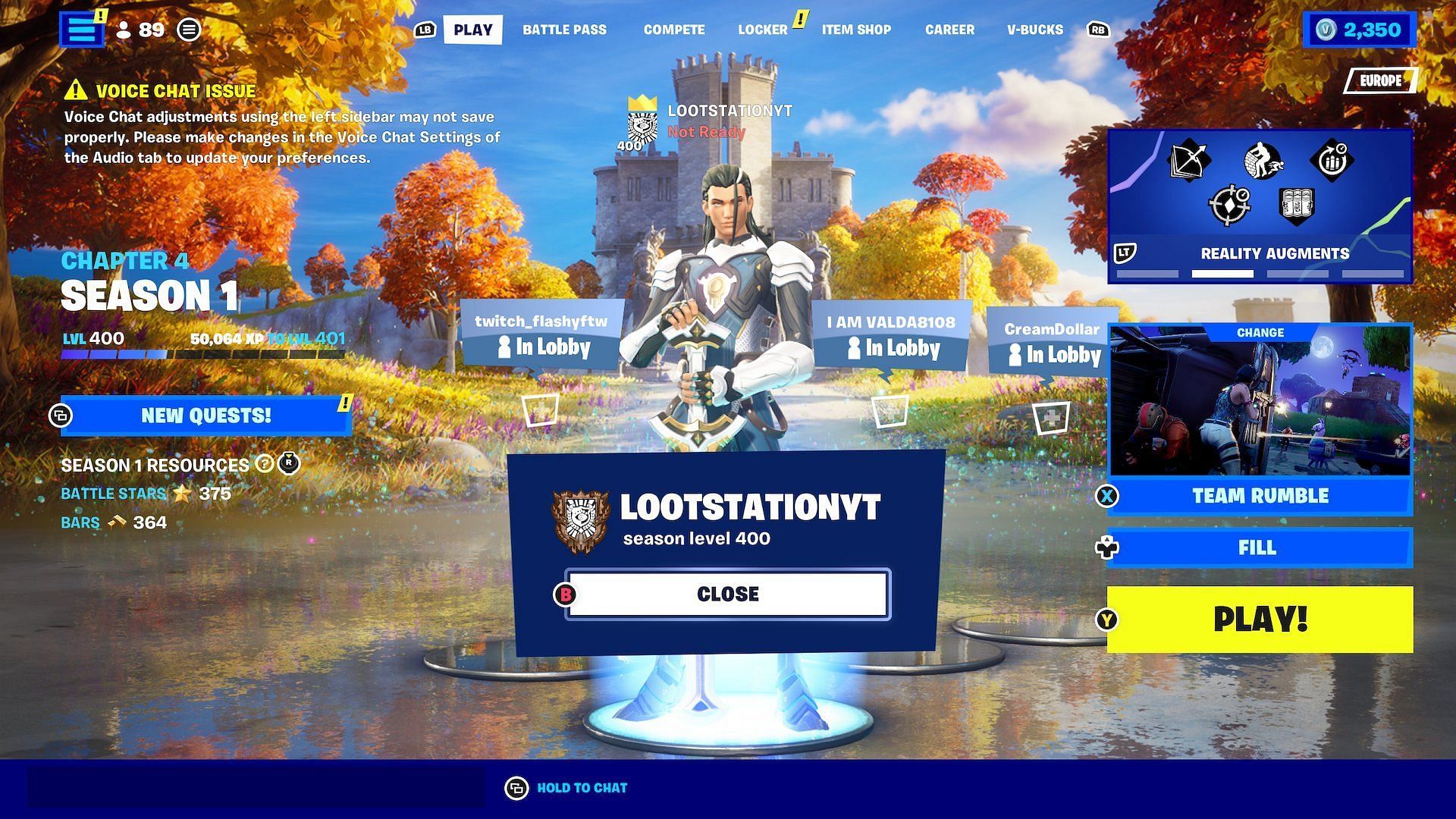 One Fortnite player has managed to level up incredibly fast in Chapter 4 Season 1. The new season of the popular video game has only been out for a week, but they’re already at level 400, which is an impressive feat.

It is true that the leveling process is faster in the current season, especially for players who want to go beyond level 200. In the past, each level up to level 200 required 80,000 XP, after which the XP requirement would increase exponentially. That is no longer the case.

This article discusses the latest level record in Fortnite Battle Royale. We’ll also take a closer look at the player who made this record and list his strategy.

Fortnite player LootStation knows how to level up quickly

Reaching level 400 is quite an achievement in Fortnite. Many players struggle with it even after a few months of daily play.

LootStation, a popular YouTube content creator known for its speed leveling skills, reached level 400 within a week of Chapter 4 going public. The Fortnite player has tried several times to reach the highest in-game level (1,000), including in the last season.

According to LootStation, he expects to reach level 1,000 in a few days, which is unthinkable for most players. Since the XP requirement is the same for each level, he will probably succeed in reaching his goal.

The Fortnite player also revealed his strategy for leveling up quickly. This season, LootStation has used bot lobbies to gain levels quickly. He can easily get a lot of eliminations and loot POIs with no problem.

As many players know, it is quite easy to eliminate bots. Each elimination rewards XP, but he doesn’t rely on that. Instead, he lands in a place with a lot of chests, like Anvil Square, and opens them all in the area.

LootStation also opens ammo boxes, breaks slurps and performs other actions that give it fast XP. When he’s done looting, he just exits the game and repeats the same process all over again.

Unlocking the full Battle Pass has always been relatively easy, but reaching the max level was a tough ordeal in earlier chapters. Only the most determined players who could devote at least 10 hours of their day to the game could reach level 1,000.

In the current season, the situation is significantly different. In the past, players needed about 38 million XP to get from level 900 to level 1,000, which was extremely difficult. This season they need less than 8 million XP for that.