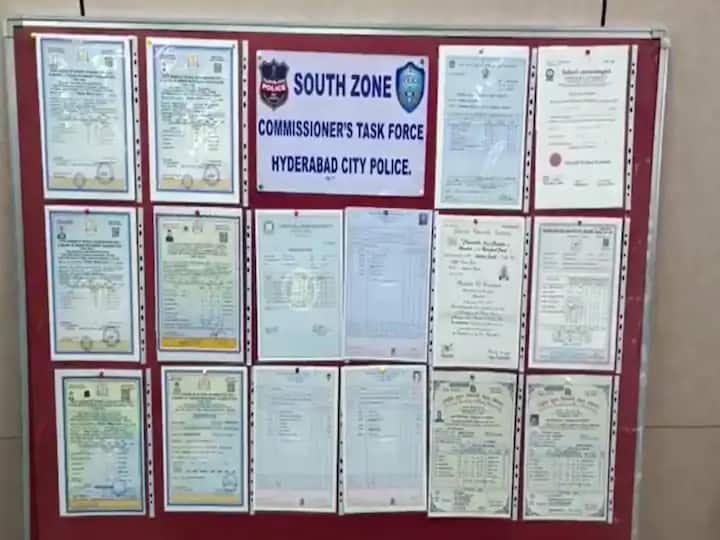 Four individuals have been arrested for allegedly issuing false education certificates to students and collecting huge sums of money in Hyderabad, ANI reported. The racket was taken up on Thursday by the Commissioner’s Task Force, South Zone team, along with the Nampally Police team.

Those arrested were identified as Mohd Ehteshamuddin Hussain (47), Mohd Altaf Ahmed (43), Mohd Imran (41) and Mohd Abdul Khader (42). Two other people involved in the case have gone into hiding.

On Wednesday, Hyderabad police arrested a Zomato delivery man selling marijuana and seized 600 grams of his possession. The suspect, C Nitish Chandra, 20, is the son of a retired RTC driver and a ganja addict, police said. He delivered drugs as instructed by another drug supplier, Rahul.

Police identified 30 “consumers” from Nitish’s contact list. When asked if he knew about other food delivery men delivering drugs in the city, he said that the delivery men never share information because Rahul insisted on keeping secrecy. Based on his confession, the police decided to make Rahul the prime suspect in the case and launched an operation to find him.

(With input from ABP Desam — It is a Telugu platform from ABP News. Follow for more news, commentary and latest happenings from two Telugu states