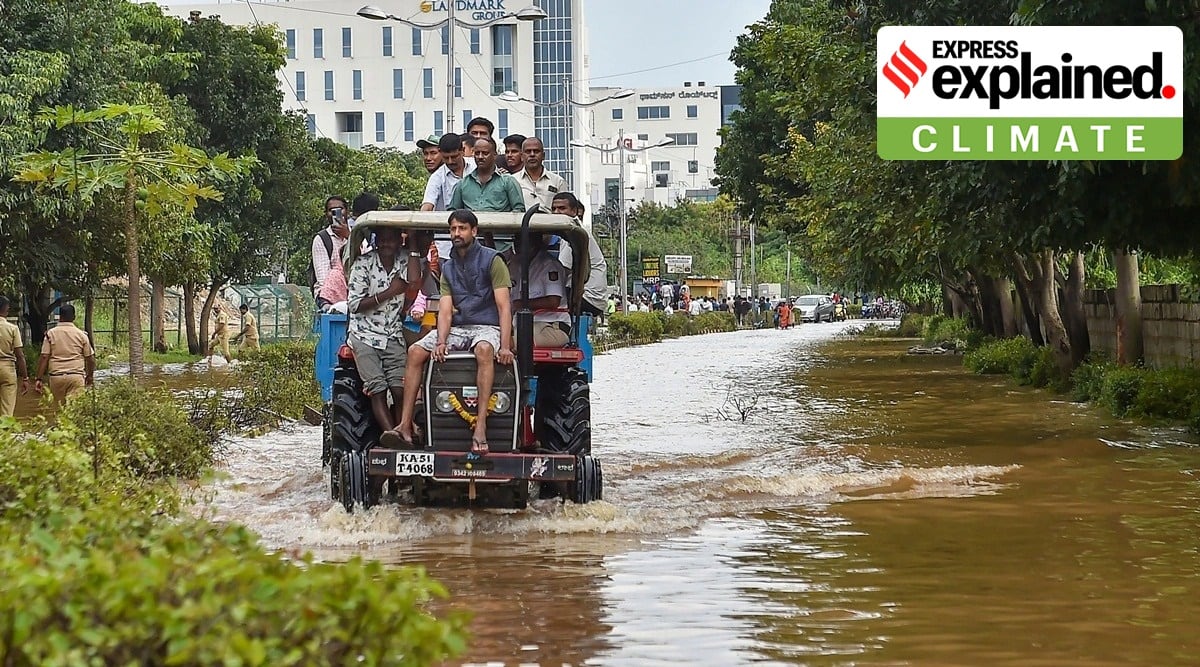 The flooding of Lakes Bellandur, Varthur, Saul Kere and Kaikondrahalli in Bengaluru has put the spotlight back on the loss of interconnectivity of water bodies, which has been blamed for the recent urban floods.

While the government began desalination work on Lakes Bellandur and Varthur in June 2020, that work has yet to be completed.

Loss of interconnectivity between lakes

dr. TV Ramachandra, of the Center for Ecological Sciences at the Indian Institute of Science (IISc), says the loss of interconnectivity between lakes in the region is the main reason for the flooding.

“Today we have 193 lakes and most of them have lost connection due to blockage of rajakaluves (rainwater drains) with solid waste or degradation. Lakes and their beds are also affected. The silt deposited in the lakes also reduces the water holding capacity of the lakes,” he said.

Bengaluru is distinguished by interconnected lake systems. Valley zones connecting the lakes must be protected to preserve the hydrological functions of the drains and floodplains. However, the city’s valley zones are still being abused, despite standards to protect these fragile ecosystems.

“The ecosystem of the Bellandur-Varthur wetland is threatened by the large scale changes in the catchment area with changes in land use and land cover. This wetland is now being converted for mixed land use to build both residential and office complexes. Wetland changes started in 2004 and worsened after 2008. The changes of these wetlands were initiated by filling the low-lying areas with excavated soil debris, followed by other construction activities.The land fills have breached both the sewage system and the lakes,” Ramachandra said.

See also  Allow us to Celebrate Eid Milad on Lines of Ganesh Festival in Schools: Karnataka Wakf Board

The lakes upstream to Bellandur and Varthur, including Kaikondrahalli and Saul Kere, also overflow due to rampant stormwater runoff degradation.

Ramachandra added that his investigation found that the stormwater runoff connecting Bellandur Lake from the city market side had narrowed to 28.5m against its original width of 60m.

Also, a 2021 audit report by the Comptroller and Auditor General (CAG) stated that the stormwater drainage department does not keep records such as work registers or the progress reports of works. It also said that BBMP (Bruhat Bengaluru Mahanagara Palike) did not consider heavy rainfall amid rapid urbanization and did not follow the provisions of the Indian Road Congress and the guidelines of the National Disaster Management Authority in road design and construction. /dispose. “Groundwater replenishment structures were not included due to sewage runoff in SWDs. Water bodies and drains were not interconnected and links between different drains were missing. This affected the free flow of stormwater, leading to frequent flooding in different parts of the city,” it said. the report.

Bangalore Development Authority (BDA) had started desalination of Bellandur and Varthur lakes in June 2020. Officials say work has been halted as a result of the pandemic and resumed in January 2021. Work was halted again in April 2021.

Jagadish Reddy, Varthur Lake Director, said: “The desalination, which has been done so far, has indeed improved the water retention capacity of Varthur Lake. Desalination at Bellandur Lake was stopped in March and at Varthur in April. The problem is that there are over 90 lakes in this series of the lakes that Varthur and Bellandur are a part of. Most of these lakes and drains in this series are either degraded or not desalinated, leading to flooding.”

Bangalore Development Authority officials say the desilting of these lakes will take another year. “The desalination of these two lakes should be completed by August this year. One of the main reasons for delaying desalination is the identification of the area where the sludge is to be dumped. The sludge was initially even given to the farmers to be used as fertilizer. Moreover, it is not possible to desand during this heavy rain,” said the official.

There are over 6,000 illegal layouts in the city. A senior IAS official at the tax authorities said more than 22 layouts have been built on lake beds in the city. But officials responsible for removing those breaches say they are meeting resistance from residents despite the order to remove them.