Everything Apple Launched At ‘Far Out’ Event 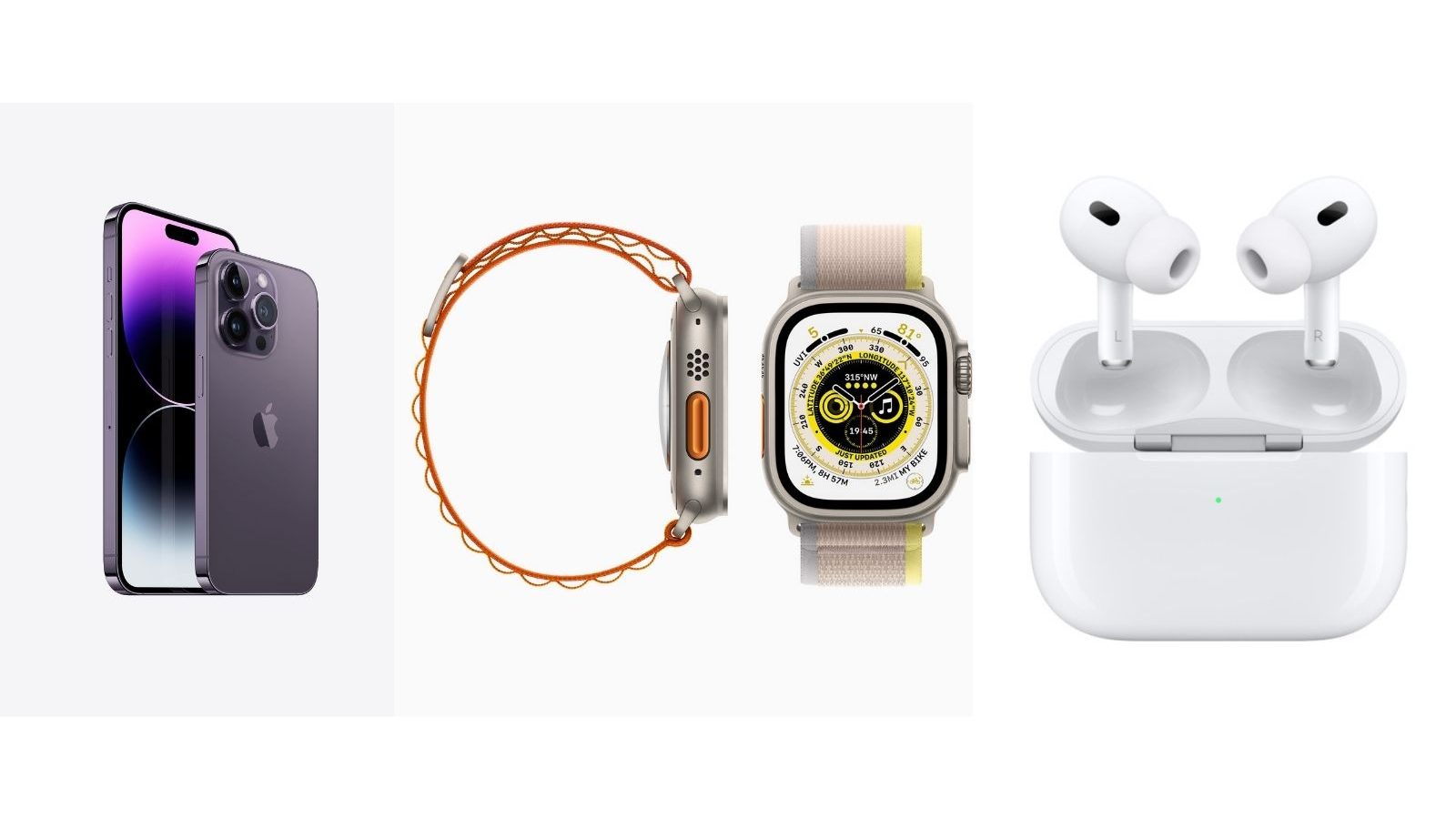 Both the iPhone 14 and iPhone 14 Plus have launched with a new version of the Apple A15 Bionic chip that also powers the iPhone 13 series. The new A15 Bionic on the iPhone 14 series comes with 5 GPU cores and 6 CPU cores capable of processing 15.8 trillion operations per second.

With the iPhone 14 Pro and iPhone 14 Pro Max, Apple is finally getting rid of the notch, in favor of what the company calls Dynamic Island, a punch-hole screen with a pill-shaped cutout. Without interfering with the content on the screen, the Dynamic Island maintains an active state to give users easier access to the controls with a simple tap and hold. Background running activities such as maps, music, or a timer remain visible and interactive, and third-party apps in iOS 16 that provide information such as sports scores and ride sharing with Live Activities can use the Dynamic Island.

The iPhone 14 Pro series has an Always-On display and is powered by the latest A16 Bionic chipset with a 48MP main camera on the iPhone with a quad-pixel sensor and Photonic Engine. There is also Emergency SOS via satellite and Crash Detection.

The Apple Watch Ultra offers up to 36 hours of combined battery life with typical use. There’s a new action button on the Apple Watch Ultra that gives you instant access to a variety of features, including workouts, compass waypoints, backtrack, and more. The Apple Watch Ultra also uses dual-frequency GPS that integrates both L1 and L5 frequencies, resulting in one of the most accurate GPS on any smartwatch, powered by Apple’s new positioning algorithms.

The Apple Watch Series 8 also comes with a crash detection feature. With the Crash Detection feature, Apple Watch Series 8 can detect if you’ve been in a serious car accident. When a crash is detected, Crash Detection can automatically connect you to emergency services and notify your emergency contacts.2 Crash Detection uses the combined power of an improved 3-axis gyroscope and a new g-force accelerometer with the highest dynamic range in all smartwatches. It also uses a microphone, barometer, GPS and an advanced sensor fusion algorithm trained on over 1 million hours of real-world driving and crash data to detect if you’ve been in a serious accident.

New convenience features on the AirPods Pro 2 include longer battery life. Apple claims up to 1.5 hours of additional listening time for up to six hours with ANC, and the case allows for four additional charge cycles, resulting in a combined battery backup of 30 hours. There is also a new charging case, which you can now also charge with the Apple Watch charger. Apart from this, the case now has a loop that allows you to secure your AirPods Pro, and there’s also a small speaker on the charging case to make noise when plugged in or when the user is looking for their AirPods.