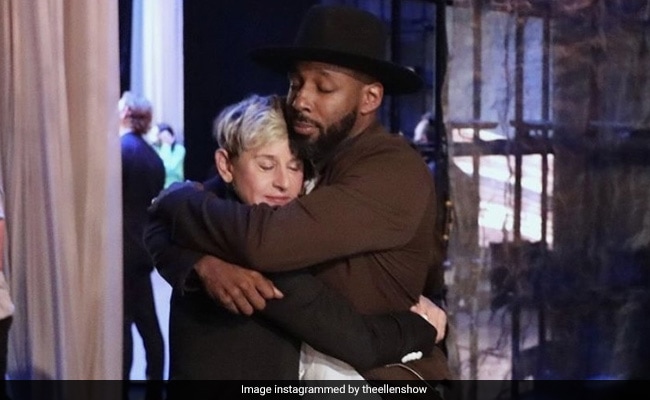 Boss competed on The Ellen DeGeneres Show in 2014 and quickly became a regular.

Stephen “tWitch” Boss, the DJ of “The Ellen DeGeneres Show,” has died, according to his wife, in what Los Angeles media reported as an apparent suicide.

Entertainment website TMZ said the DJ and dancer were found Tuesday in a hotel in the city with what appeared to be a self-inflicted gunshot wound.

The outlet said the 40-year-old’s wife, Allison Holker, had contacted police over concerns about her husband.

His body was discovered a short time later.

“It is with the heaviest of hearts that I must share that my husband Stephen has left us,” said Holker, 34, according to multiple media outlets.

“Stephen lit up every room he stepped into. He valued family, friends and community above all else, and leading with love and light was everything to him. He was the backbone of our family, the best husband and father, and an inspiration to his fans .”

A spokesman for the Los Angeles Police Department said officers had responded to a Tuesday morning call about the death of a man.

The Los Angeles County Coroner’s Office said an autopsy would be performed on 40-year-old Stephen Boss, who they said died Tuesday in a “hotel/motel.”

Boss became a regular on “The Ellen DeGeneres Show” after joining in 2014.

He stayed with the program until it ended this year.

He had also appeared on the dance competition show “So You Think You Can Dance,” and had roles in movies “Step Up” and “Magic Mike XXL.”

He co-hosted the reality show ‘Disney’s Fairy Tale Weddings’ with his wife Holker.

The couple, who married in 2013, have three children.

“To say he left a legacy would be an understatement, and his positive impact will continue to be felt,” Holker said in her statement.

“I’m sure not a day goes by that we don’t honor his memory.”

DeGeneres took to social media after news of the tragedy broke and posted a photo of her and Boss embracing.

“tWitch was pure love and light. He was my family and I loved him with all my heart. I will miss him.”

A political war breaks out over loan write-offs and recovery