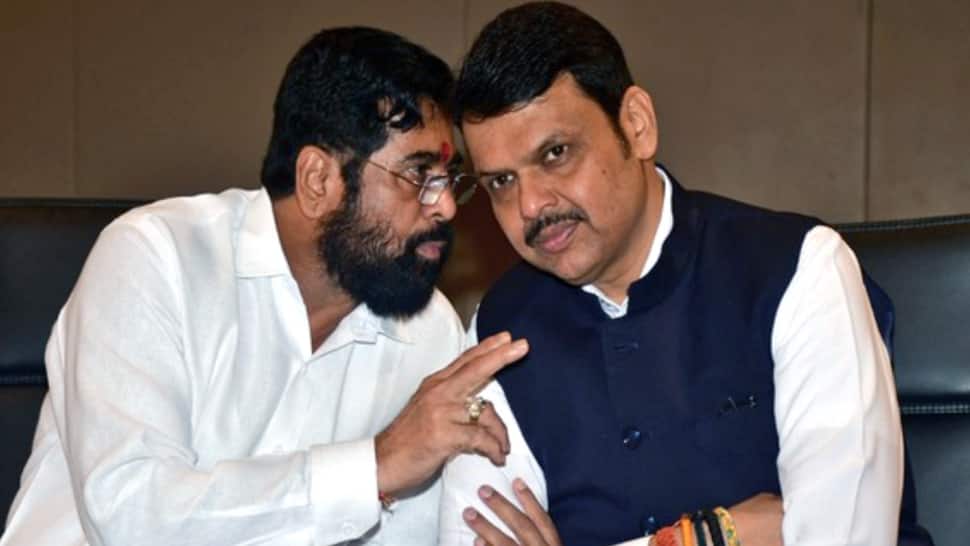 New Delhi: Maharashtra lost a mega Vedanta-Foxconn semiconductor project to Gujarat on Tuesday (September 13, 2022), with the opposition criticizing the Eknath Shinde-led government for the state “losing” the Rs 1.54,000-crore venture. Indian conglomerate Vedanta and Taiwanese electronics giant Foxconn have jointly signed a memorandum of understanding with the government of Gujarat to set up a semiconductor and display manufacturing facility in the state.

Vedanta, an oil-to-metals conglomerate, and Taiwanese electronics manufacturer Foxconn will make one of the largest-ever investments of Rs 1.54 lakh crore in setting up India’s first semiconductor plant in Gujarat. Vedanta-Foxconn’s 60:40 joint venture will establish a semiconductor manufacturing plant, display unit and semiconductor assembly and testing facility on 1,000 hectares of land in Ahmedabad district.

Maharashtra NCP president and former minister Jayant Patil said that with the major project “slipping” out of Maharashtra’s hands, the state has lost an investment potential of more than Rs one lakh crore.

“Since Chief Minister and Deputy Chief Minister of Maharashtra (Devendra Fadnavis) are not given time to hold political rallies, Gujarat has once again taken the bite out of Maharashtra’s mouth. With the Gujarat elections approaching, the BJP in Maharashtra seems to be busy protecting its interests from Gujarat,” said Patil.

“Will the Chief Minister and Deputy Chief Minister (Devendra Fadnavis) apologize to the state’s educated unemployed youth for missing out on the project?” he asked.

Patil, a senior minister in the Uddhav Thackeray-led government, said the MVA had continued the investment when in power.

“It was almost decided that the factory would come to Maharashtra,” said Aaditya, who served as a minister in the former MVA government led by the Shiv Sena.

“Our MVA government had taken this to the final stage. The current dispensation has lost the confidence of potential investors, which is why such mega-projects are not coming here,” he said.

While I’m glad to see this in India, I’m a little shocked to see this.
New Dispensation had tweeted photos and claimed to have brought this to Maharashtra but it seems the intention/commitment was to send this away from Maharashtra.
Our MVA Govt had taken this to the final stage. (1/n) pic.twitter.com/ePbevT6tLi— Aaditya Thackeray (@AUThackeray) September 13, 2022

He said the previous Uddhav Thackeray-led MVA government was in contact with the company and a meeting with its representatives was also held in January this year.

“The new dispensation tweeted photos and claimed to have brought this (project) to Maharashtra, but it seems the intent or commitment was to send this away from Maharashtra,” Aaditya said.

Company officials also visited the Marathwada and Vidarbha regions of Maharashtra and Talegaon (in Pune district) was eventually identified as the possible site for the factory, he added.

But I wish the industry and the company the best. The success will open up a new horizon for India.
Under the MVA, our effort was to bring Maharashtra, the leading state contributing to India’s progress, into a healthy competition like other states. — Aaditya Thackeray (@AUThackeray) September 13, 2022

Junior Thackeray turned down the Shinde-led dispensation, which took effect on June 30, saying: “What did the government do? What did the industry minister do? On July 26, the CMO tweeted that the plant will be in Maharashtra.”

Something ‘sinister’ happened that caused the company to move its factory from Maharashtra to Gujarat: Congress

Congress leader and former minister of Maharashtra, Balasaheb Thorat, claimed talks to set up Foxconn’s semiconductor plant in Maharashtra were “nearly complete”, but something “ominous” took place that caused the company to move the site to Gujarat. .

“The Foxconn plant would bring Maharashtra an investment of nearly Rs 1.58 lakh crore. Ninety percent of our talks on the plant had been completed,” he said.

How did the Rs 1.58 lakh crore Foxconn project go to Gujarat? Job-generating projects are going to Gujarat, are the young people of Maharashtra to just sit here and break dahihandis? Why did the Shinde-Fadanavis government not object to this? Should government change mean neglecting Maharashtra? — Balasaheb Thorat (@bb_thorat) September 13, 2022

“Something ominous has happened that has caused the company to move its factory from Maharashtra to Gujarat. This factory would have created almost a lakh of new employment,” added Thorat, the revenue minister in the MVA government.

had the @CMOMaharashtra @mieknathshinde & Dy CM Devendra Fadnavis was not engaged in congratulatory ceremonies and had they paid any attention to the affairs of state such a major project would not have slipped through the hands of Maharashtra. — Balasaheb Thorat (@bb_thorat) September 13, 2022

How the state of Maharashtra lost the project should be investigated: Raj Thackeray

Maharashtra Navnirman Sena (MNS) chief Raj Thackeray also said it is necessary to investigate how the state lost the project.

“This factory was to be in Talegaon near Pune. How did a project with the potential to generate large-scale employment slip out of Maharashtra’s hands? This is a serious problem and needs to be thoroughly investigated. Maharashtra has been the priority state for investors and investments that moving away from the state in this way is not a good sign. This should be considered by going beyond politics,” he tweeted.