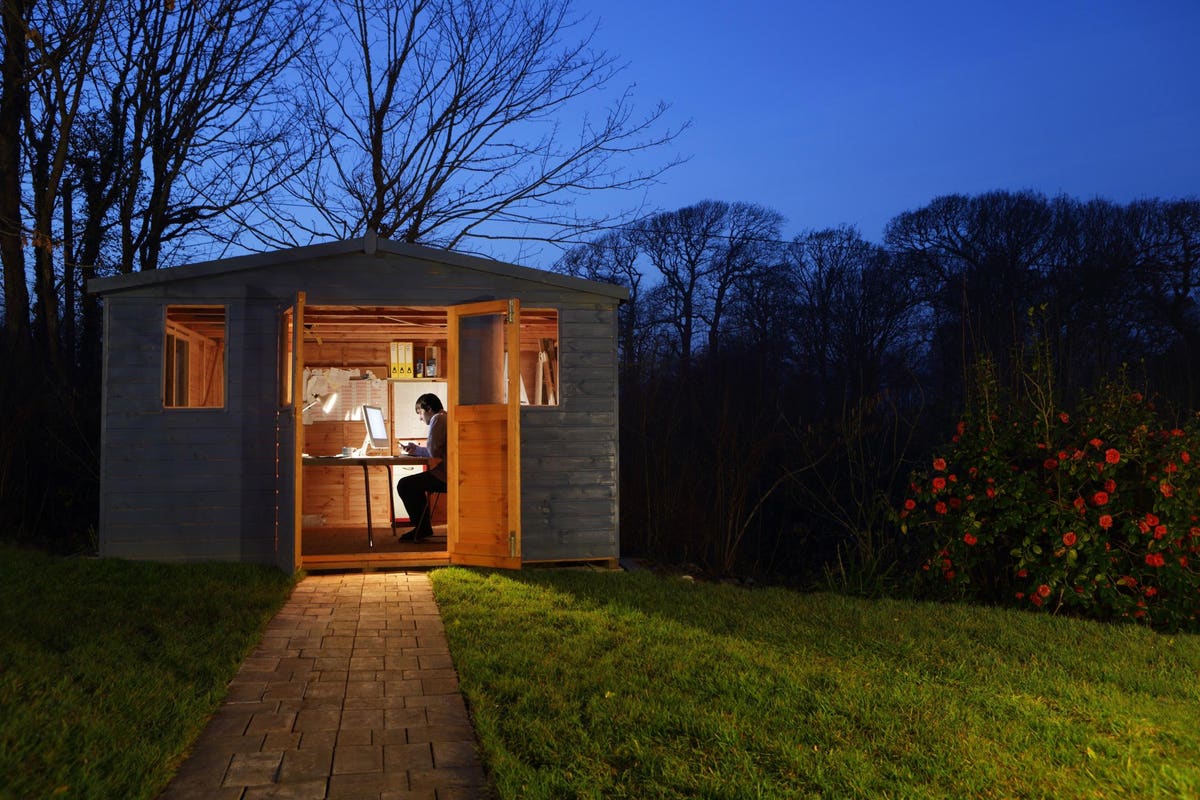 Startup culture has taken as many twists and turns as your average Hollywood script. The typical company outside the garage celebrates its successes and documents the near-death experiences of the founder(s) who risked everything to bring us something we didn’t know we needed. The classic rags-to-riches story draws audiences of all ages and from all over the world.

The path to the climax of utter success is usually less imaginative or dramatic to portray on our screens. However, some entrepreneurs have crucial moments that they discover accidentally or are led to by outside forces.

Garrett Greller grew up in California and was always testing ideas with his father. Greller, co-founder of Uncle Bud’s Hemp & CBD, tried numerous times and failed before entering the third decade of his life. He was an entrepreneur before he knew what it meant.

The origins of his entrepreneurial path were revealed through a medical needs storyline that saw the then 14-year-old suffering from arthritis in his knees, back, hips and ankles. The curious go-getter began to investigate and found that the application of CBD had a dramatic impact on his physical comfort.

Through the passage of time and education, Greller ended up at Indiana University’s Kelley School of Business. However, misaligned professional storylines changed Greller’s focus as he continued to learn about the medicinal benefits of CBD.

Greller’s film most likely begins with a scene involving a pen, an offer letter, and an early 20-year-old contemplating the next decade of his life. His CBD musings had evolved into a business on the brink, but was he ready to take over?

The nimble scene-stealer that is Greller put down his pen, leaned on his early years of curiosity and intuition, and put a lot on himself. It didn’t hurt that he had a keen eye for marketing, either. The power of the story, it seems, has been in his blood from the very beginning.

This reporter spent time with Greller in Los Angeles on the eve of an important Uncle Bud’s sponsorship of undefeated boxer Ryan Garcia. The following is an abridged version of multiple interviews with Greller, his mother, and his inner circle of advisors over three days.

Rod Berger: I say this with great reverence. There’s an almost romantic idea I get from you when you talk about the Uncle Buds story. The stories about you and your father and his influence on you as a person and entrepreneur. It sounds like an idyllic father-son relationship that still has a big impact on your life.

Garrett Greller: The way I look at it, I grew up learning entrepreneurship. From the young age of 10 I was passionate about entrepreneurship. When I was 12 years old, I went to meetings at USC with my father. I’d pitch ideas from a peanut butter jar screwing up to starting my first business selling duct tape wallets.

So for me entrepreneurship has always been like sport. I played sports growing up, but I’ve always had a passion for business. I have always enjoyed the mix of creativity in business to come up with solutions to problems.

Berger: Every success story requires a little pixy dust to ensure a relatively unburdened path. I have a feeling your time at Indiana University had twofold goals for you.

greller: I always excelled in school. The area that I found most successful was in business and, more specifically, marketing and advertising. I was fortunate to have professors and a university to support my efforts with Uncle Bud’s.

I would go to my professors and say, “I have a business that I am building. can i use this [assignment] as a project for my company?” And they let me do it. It was a crucial part of balancing student and entrepreneur life. Because I could learn and work on my passion, I discovered academic success that I had not experienced until now.

greller: I think you’re an entrepreneur if you like solving problems. I think everyone has their definition of entrepreneur. You can be an entrepreneur within your job at a company if you always do your best to creatively solve something new.

greller: Education is the most important thing for us to succeed. We want to educate people in their experience with the product from the start. Nobody knew what CBD was when I originally launched this (Uncle Bud’s) with one pain-relieving product.

I was a kid from California making a legal version of the product that came from hemp, and I had to educate everyone. I actually had to say, “Don’t worry; this will not get you high.” It’s current. It’s like other things you buy at your local grocery store. Give it a try. It is a natural product and it will help you.

Like me, I tried some prescription drugs that gave me terrible side effects. But I was still trying them because you are told to try different things. I am a big believer that you always want to inform yourself about the positive and negative qualities of a product.

So when I first discovered CBD, I wrote a four-page paper, put it on my parents’ desk, and said, “Can we give this a try.” And they were open to it. From that moment on I knew I had found a cure for my ailments and I began to dedicate myself to educating and helping others.

Berger: Let’s talk about the health and wellness industry and its adoption. So you’re kind of a new kid on the block. The perception of care is that it is in an unapproachable ivory tower. Do you care about your acceptance in that community, or are you unconcerned about the outside perspectives?

greller: We are here to innovate a category that has remained unchanged for quite some time. The pain management industry inundates us with commercials touting its impact, but a significant number of these remedies use chemicals. We are proud that our products are completely natural. This is how we disrupt society as a whole.

And that was the most important thing when you came out with this brand, something you can fully rely on.

Berger: You have a whole list of celebrities who are part of Uncle Bud’s ecosystem. Is it fair to say that your marketing and advertising chops influenced your casting of such notable athletes and celebrities?

greller: Celebrities like Magic Johnson and Toni Braxton, Jane Fonda and Seth Jones are behind our company and products. These are recognizable names, not just a 20-year-old boy with arthritis who said it changed his life.

The impact of their collective participation and approval has resulted in millions of people giving great reviews. I never thought these trusted names and faces would support my brand. It supports the storyline that a shared mission can go a long way in creating communities.

Berger: That first endorsement came from your late father, who met acclaimed branding expert Bruno Schiavi. Many know Schiavi from his work with the Kardashians and Janet Jackson, among others.

Speaking to Schiavi for this story, he shared that your authentic passion for business made it an easy decision to join Uncle Bud’s, even if you’re a millennial [laughs]. “When I first met Garrett, he reminded me a lot of myself. When I was his age, I always thought of the next big idea. So I have this chance meeting with his father and I learn that Garrett is 21 and still in college. Honestly, I wasn’t a fan of working with a millennial, but Garrett changed everything. He has been super focused from the start and it was an easy choice to work with him. We are incredibly similar and I really enjoy our working relationship.”

greller: If you think about it, I met Bruno, who had a string of successes, and we immediately felt connected. My father had always taught me that being an entrepreneur meant being willing to take risks. My father said at that time to take a risk and give it [business] a chance. He told me I could get a job any minute. This, he said, was our chance. I was there at that moment, and the rest is history.

I am well aware that the support I have received from my late father, mother, family and friends, and Bruno continues to play an important role in Uncle Bud’s success.

Greller’s story has just begun. Though young in the eyes of traditionalists, he embodies the next generation’s unwavering belief that good ideas topple any market villain.

The Kelley School of Business has been instrumental in the market success and general accolades Greller and Schiavi are currently receiving. Still, more stories about the support of education for the unconventional student could be helpful in accelerating future innovations and stories about a unique and vibrant cast of characters.

Greller, the ever humble and optimistic entrepreneur, bets audiences and consumers alike will continue to find magic in his story.

The interviews have been edited and abbreviated for clarity.