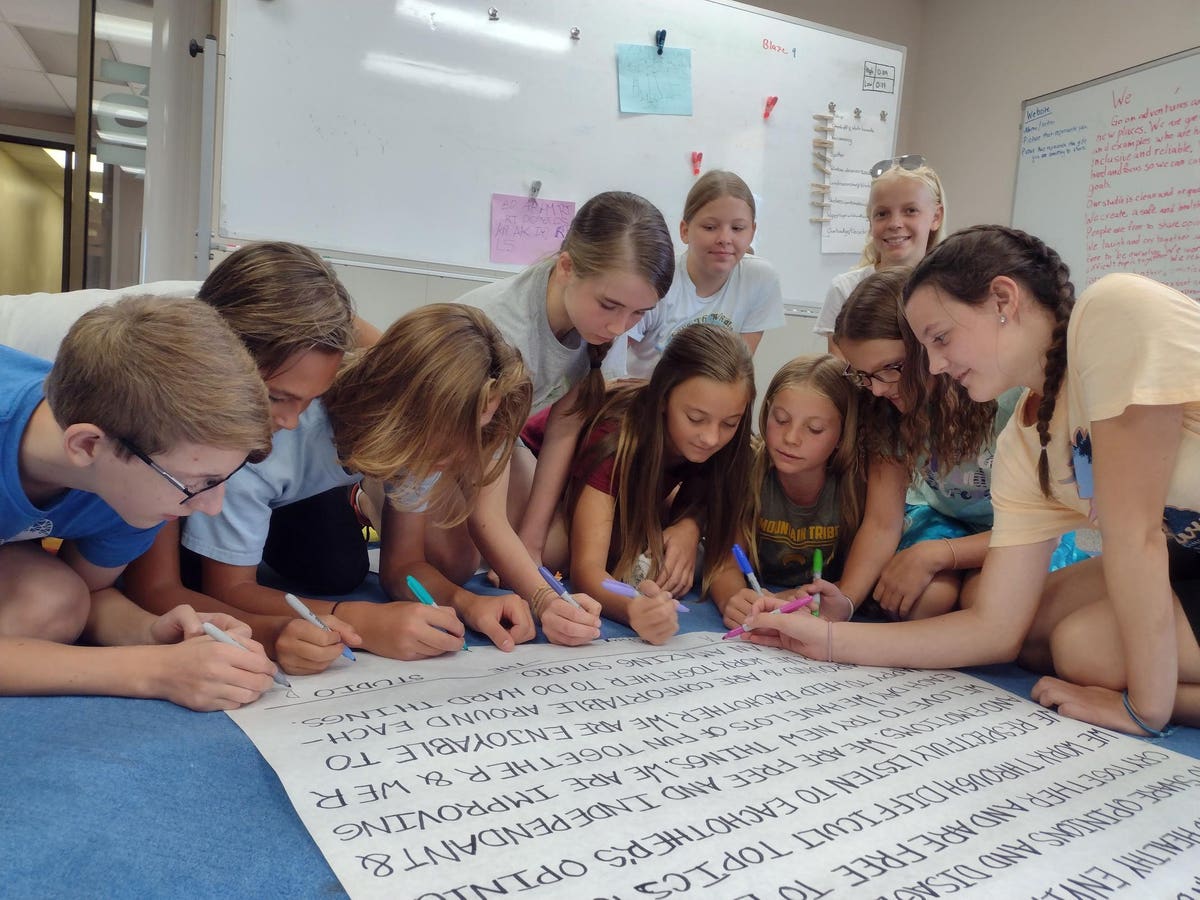 While working as a biology teacher at a Utah public high school for years, JeVonne Tanner grew increasingly frustrated with the limitations of a conventional classroom.

She valued her peers and valued the mentorship they provided—and loved the young people in her classes—but the intense focus on teaching to the test had gotten to her. “I loved my students! I was frustrated with the system,” she said.

She recalled a time when she wanted to treat eating disorders from a biological perspective in her classroom. Many of her sophomores struggled with eating disorders, and she thought it would be a great opportunity to create a class on the topic. She was told there was no time. “I thought it was absurd that we had to cover so many small details for the test that we couldn’t get into things that really mattered to the students,” says JeVonne.

It wasn’t until JeVonne and her husband Paul saw the impact of conventional education on their own children that they decided to make a change. Their children excelled academically in school, but the Tanners saw the ways in which the system’s rigidity stifle creativity and curiosity. “One child often came home crying because her legs hurt from sitting still for so long every day; she needed freedom of movement,” JeVonne recalled. “Another child was told to slow down and wait for the others while reading; he needed freedom to learn at his own pace. Another child hated reading because she had to stay indoors and miss recess until she finished her reading.”

JeVonne began to recognize the parallels between what she saw as a teacher in her classroom and the way children were taught in school from early childhood. She saw it in the high school students she taught. “Across the board, it seemed that they had practiced regurgitating information regularly over the last 15 years, but had very few opportunities to think for themselves, form opinions, share opinions, agree or disagree, develop skills that they would actually use in life,” she said.

The tanners decided they wanted something different for the education of their children. They discovered Acton Academy, a fast-growing network of independently run micro-schools that emphasize non-coercive, learner-driven learning. Founded in 2010, Acton Academy now has more than 280 member schools in the US and worldwide.

The Tanners and their children embraced Acton’s educational model that empowers students, called “heroes,” to take charge of their own lives and learning and become responsible for setting the rules and rhythm of the school day. Adult educators called “guides” are on hand to provide support and maintain the space for self-directed learning.

JeVonne and Paul launched their microschool, CHOICE Learning Center, as an Acton Academy affiliate in 2020 with 29 students. Based in Bountiful, Utah, CHOICE now serves 62 students ages 4 to 13, with 7 employees, most of whom work part-time. Annual tuition is $7,150 per student, which is less than the average expenditure per student in Utah public schools. Enrollment in CHOICE continues to grow as local families hear about this innovative educational model and the Tanners outgrow their existing space. It sounds easy enough to move to a larger location to meet demand, but finding space is one of the biggest challenges microschool founders face today.

The quagmire of regulatory pressure, such as zoning plans and occupancy requirements, often prevents educational entrepreneurs from starting up or scaling up their organisation. This is a national problem, as I described in my recent State Policy Network (SPN) report on how states can foster entrepreneurship and innovation in education. Microschools, learning pods, homeschool resource centers, co-learning communities, and other emerging education models often don’t fit neatly into existing, and increasingly outdated, regulatory definitions of “school,” causing headaches for today’s entrepreneurial educators.

“Finding a location is one of the most challenging and stressful things,” says Paul Tanner. “Current building codes and zoning regulations make it quite difficult to find a location. There are so few micro schools and private schools that many cities have not had to deal with them.” When trying to find their current location, the Tanners were told by some local officials that microschools were not allowed in their jurisdiction, while in other cities, building code officials were unclear on how to categorize and approve microschools, which often function as part . time or hybrid learning programs, as CHOICE does. “Building code officials don’t know what to do with microschools,” he said.

Utah is one state that is trying to meet this challenge by making it easier for microschool founders like the Tanners to create and expand new education models. The Libertas Institute, a free market think tank and SPN affiliate based in Lehi, Utah, is working with a statewide coalition of education entrepreneurs to formulate recommendations for national and local policy changes. “Zoning and occupancy regulations are the biggest barriers to new education entrepreneurs in Utah,” said Jon England, a former Utah public school teacher and administrator who is now an education policy analyst at Libertas. “These entrepreneurs get the worst of both worlds. They have to place their schools in high street or office buildings, while also adding the very restrictive education occupancy rules. We want to allow things like micro-schools to be allowed in residential areas, without having to face tricky occupancy rules.”

A key priority in policy proposals is to ensure that changes do not inadvertently exacerbate the problem by, for example, favoring certain learning models over others, adding regulations or narrowly defining current educational innovations while preventing future ones.

Entrepreneurs face regulatory barriers and related challenges in all industries, but education entrepreneurs often face more obstacles, especially when trying to create innovative K-12 learning models that are nothing like conventional education. But like entrepreneurs in other industries, today’s entrepreneurial educators keep going despite the obstacles.

For the Tanners, the launch of the CHOICE Learning Center has rekindled their own children’s love of learning, reading and creating, and it has done the same for the other children in their microschool.

“When the responsibility of learning is put in the hands of the kids, it becomes meaningful and joyful — and they learn so many real-life skills along the way,” says JeVonne Tanner. “My children are now thriving along with all the families that have joined us. I can’t convince them to miss a day of school!”