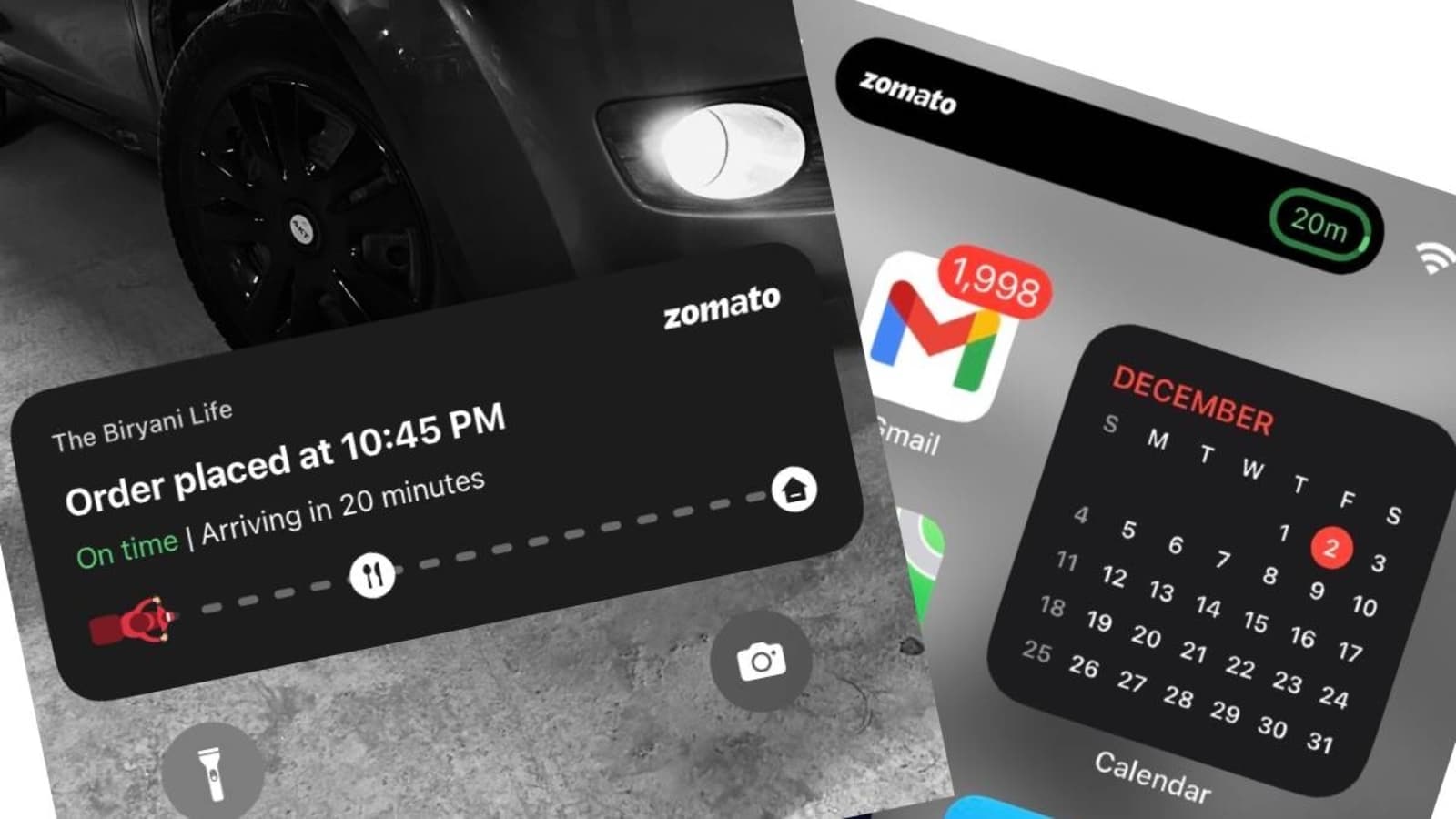 Since the iOS 16.1 update was released, developers can now take advantage of the live tracking feature, and some apps have already started using it. In India, Zomato is the largest app to take advantage of this capability. I just used it on our iPhone 14 Pro Max and I now understand why this Dynamic Island could be the next big thing for smartphones.

The Dynamic Island is largely considered a new notification bar-like element, providing quick shortcuts to basic functions of the apps. With the live tracking feature, this little pill now offers a lot of practicality in everyday use.

Earlier in the day I used Zomato app to order some steamy Biryani and for all parts until I made the payment. After the order was confirmed, I came out of the app only to find the tracking counter on the Dynamic Island. This looks interesting and new. Zomato had its logo on one side and a ticking timer on the other; tapping on it will take you to the tracking page. A long tap on this bar opens the tracking widget, which also shows food preparation status and delivery details.

Meanwhile, while I was using other apps, the constant timer on the Dynamic Island kept giving me a vague idea of ​​how long it would take for the food to arrive. It offered the same sense of satisfaction you get from a battery meter – you know how long it’s going to last.

The lockscreen widget is also useful and then I enabled the Always On display as well. It’s a great relief to have this tracking widget over app notifications and a quick glance also offers a lot of reassurance.

All of this may seem irrelevant, but using an Android phone to place the next order on Zomato felt incomplete. I missed the hanging timer and tracking detail on the phone lock screen. Yes, Android apps allow floating windows for a preview of the tracking page, but Dynamic Island’s implementation removes the extra taps to get this basic information. On the iPhone, it’s just there, in front of you, all the time, and disappears once the activity is over.

Now that the apps are starting to embrace this pill cutout, I think all smartphones should have this Dynamic Island to let live activity apps pop up notifications easily. The iPhone 14 Pro and iPhone 14 Pro Max currently offer this luxury, and I hope it extends to more iPhones in the future. On the Android side, I also expect brands to make something similar on their devices.