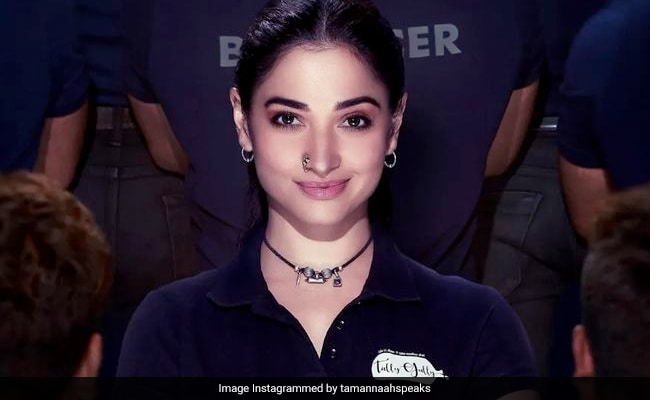 Tamannaah Bhatia in Babli Bouncer. (thanks to: tamannaahspeaks)

The trailer of Babli Bouncer released on Monday and it depicts the story of a small-town girl named Babli who makes it big as a bouncer. The teaser shows the story of Babli, who comes from Asola Fatepur and moves to Delhi in search of a job. She’ll find one – as a bouncer at a city club. The trailer is full of some high-action moments performed by Tamannaah. The trailer also touches on her personal life. Her parents want her to get married, but she has a different plan for her life. Basically, Tamannnaah is the bouncer of her club and otherwise. The film is directed by Madhur Bhandarkar and produced by Vineet Jain, Star Studios and Amrita Pandey.

Tamannaah shared the film’s trailer, writing in an Instagram post: “Asola Fatehpur ki yeh chhori, is here to do some ‘Bounceergiri’. Get ready to meet Babli Bouncertrailer out now! Babli Bouncer On Hotstar streaming from September 23 in Hindi, Tamil and Telugu.”

The film will premiere exclusively on streaming giant Disney+ Hotstar from September 23, and will be released in Hindi, Tamil and Telugu. Meanwhile, thebaahubali another movie from the star Gurtunda Seetakala is also slated to hit theaters on the same day, September 23. The film, directed by Nagashekhar, is a romantic drama in which Satya Dev also plays a central role. She will also be featured in Netflix’s Plan A Plan B.