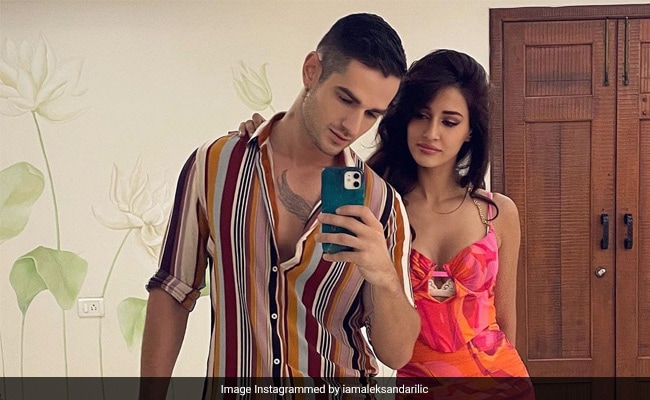 Rumors of Disha Patani and model Aleksandar Alex Ilic’s romance surfaced after the duo made several public appearances together. During a recent interview with Bombay Times, Aleksandar Alex Ilic responded to the rumors that he was in a relationship with Disha Patani and said, “I see how this guessing game has been going on for a few weeks now. The point is that we know the truth. “I don’t understand why people have to guess what’s going on? Why can’t they just let other people live their own lives peacefully? We just laugh at these stories.”

Disha Patani was previously in a relationship with actor Tiger Shroff. The actor talked about his and Disha Patani’s breakup on Karan Johar’s chat show Coffee With Karan 7. Karan Johar asked Tiger, “Are you dating her now because it was rumored to be breaking up?” To this, Tiger replied, “Oh really? Well, we’ve been speculated about for a long time. We’ve always maintained that we’re great friends and that’s what it is today.” When Karan Johar asked Karan Johar, “That’s it, so you’re single then?” Tiger replied, “Yes, I think so.”

On Rajinikanth’s birthday, a gift for fans – Baba re-released