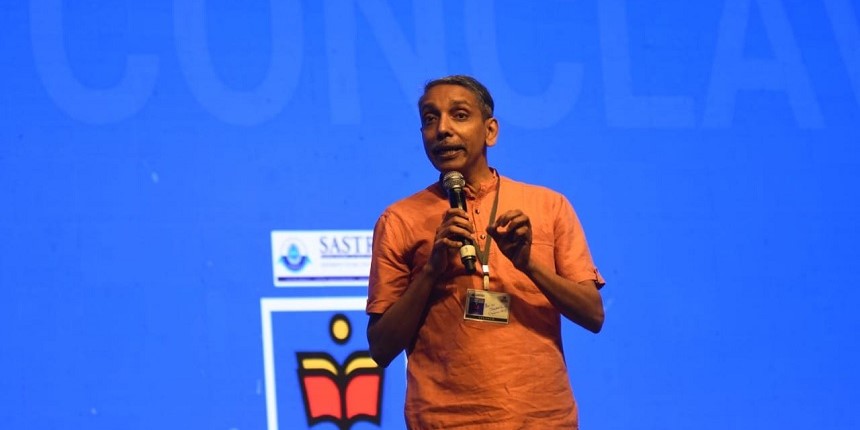 The University Grants Commission (UGC) recently partnered with the Department of Electronics and Information Technology (MeitY) to ensure that students from the most remote areas have access to online educational facilities. The information was stated by Professor Mamidala Jagadesh Kumar, Chair, University Grants Commission (UGC) GoI, during the Roundtable Discussion – ‘Enhancing Competitiveness and Quality Revolution in Indian Higher Education (IHE). The president of the UGC was the main guest of the event. The roundtable was hosted by the apex industry association, Associated Chambers of Commerce and Industry of India (ASSOCHAM).

“We are working on a multidimensional way to ensure that education reaches the last student in the most remote area. So we signed up with MeitY because they have a large number of Common Service Centers (CSCs). Any student can walk into those centers, pay a nominal monthly fee and gain access to digital universities,” he said.

Professor Kumar provided insight into the various initiatives of the Indian government to expand and improve higher education in the country. “The introduction of Common Universities Entrance Test Undergraduate (CUET UG) 2022 has been well received by the students and stakeholders. A huge number of students, about 14.9 lakhs, registered for this exam, which is only next to NEET (National Eligibility-cum-Entrance Test),” he said.

Speaking about the potential merger between NEET and JEE, he added: “That’s an idea we’re floating so there’s a broader discussion among the stakeholders. There is no formal decision we have made on this.”

Regarding bringing in international students to Indian educational institutions, he said: “Recently we raised the cap to 25 percent, previously it was 15 percent. And in those same guidelines, we also said that with regard to the admission of these students, each individual university may have its own admission policy and in terms of setting its own tuition fees. We hope that with this flexibility given to our educational institutions, we can attract many international students.”

He informed that the National Curriculum Framework (NCF) will be improved soon. “It will be a comprehensive document. It will become the foundation of all types of education with the integration of three pillars – school education, skills education and national higher education,” he added.

Others who also spoke at the meeting were the co-chair of Dr Madhu Chitkara, ASSOCHAM NCE and the pro-chancellor of Chitkara University; Kunwar Shekhar Vijendra Chairman, ASSOCHAM National Council of Education and Co-Founder and Chancellor, Shobhit University; dr. Ashwani Lochan Co-Chair, ASSOCHAM NCE and Chair, Arunachal University of Studies.