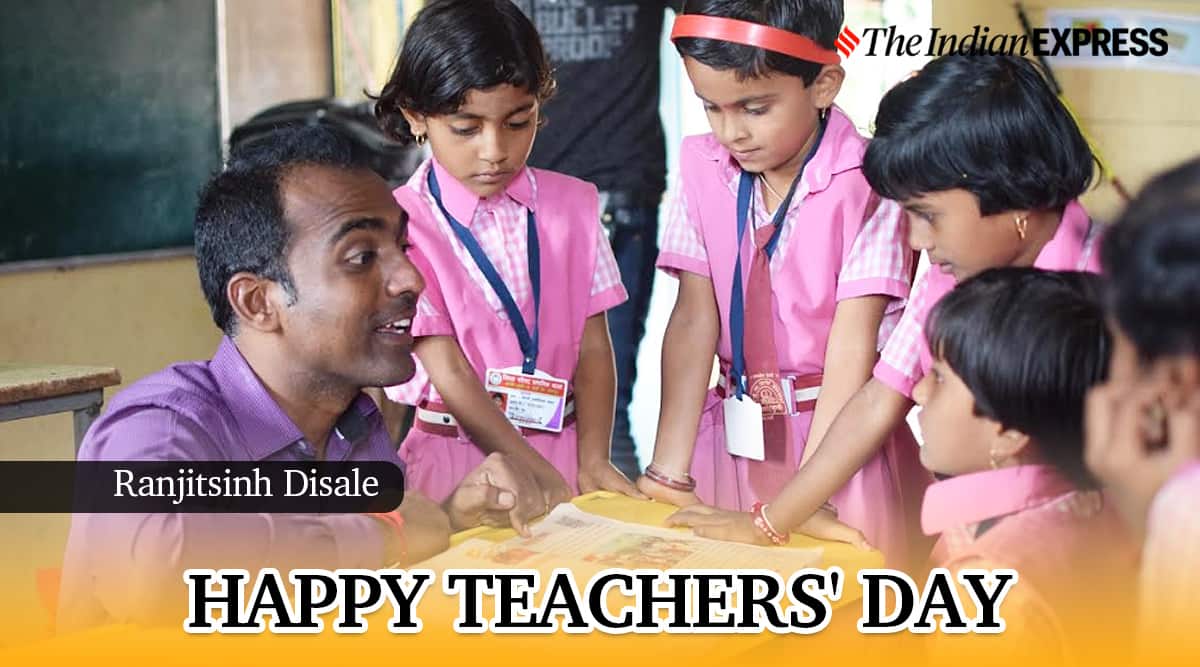 Ranjitsinh Disale, a Zilla Parishad primary school teacher from Paritewadi village in Solapur, won the Global Teacher Prize 2020 along with the $1 million prize money. But what sets him apart from the other winners to date is the fact that he split the prize money equally with each of the nine other teachers who made the top 10.

“One of my students at Zilla Parishad primary school used to say, ‘God gives us to share with others’, and this thought has stuck with me for years. So the idea of ​​sharing the prize money was inspired by my student. And today I feel satisfied because the decision has brought great results,” Disale shared with indianexpress.com.

“I believe that teachers can make real change and I want each of us to have an equal opportunity to do that. Today, the prize money is being used to create digital classrooms in Nigeria, libraries in Vietnam, two scholarships for 20 eligible students in the US and Italy and a project to promote education for special needs students,” he said.

Disale’s goal with the remaining prize money was to launch an initiative to ensure that at least 5,000 students from the war-ravaged countries of the world are recruited into a “Peace Army” every year. The prize money will help to reach the maximum number of schools and students.

“Every year, governments around the world spend billions of dollars to bolster their military. I believe that if they spend even half that amount on raising the kids, the world will be a better place with no signs of war. With this in mind, I launched a ‘Let’s Cross the Borders’ initiative in 2017. Part of this initiative is to create a peace army of students in war-affected countries,” said Disale.

Let’s Cross the Borders is a Skype-based collaborative project that connects students from conflict countries. The six-week program includes 150 schools and 5,000 students. It matches ‘peace buddies’ from different countries, deals with conflict issues, tries to find ways to solve the problems and tries to formulate action plans for the future. The project is currently working among students from six countries: India and Pakistan, Palestine and Israel, the US and South Korea.

“After winning the Global Teacher Award, several teachers from around the world approached me to expand this initiative to include more schools and countries. We are currently working on a global curriculum and this will be expanded to many other countries in the near future,” he said.

‘Teachers should focus on the Result, not on the income’

Speaking to indianexpress.com, Disale said the improvement of the education system in both rural and urban areas relies on teacher participation.

“Teachers have to come up with out-of-the-box methods to keep their students interested in studies. Being synchronized with technology is an important tool for this. The day when all teachers around the world stop worrying about their income from the work they do and worry about the results of their teaching, the development of countries will increase tenfold. Students come to schools to learn; it is our responsibility as teachers to educate them properly.” Sale listed.

‘NEP 2020 is revolutionary, implementation is key’

Disale, who is currently in the US to attend the Fullbright scholarship, aims to return to India in the coming years and do his part in the implementation of the National Education Policy 2020.

“I believe this new education policy is revolutionary and will promote education, especially in rural areas. The most important part, however, is the execution. All policies look good subjectively, but when it comes to implementation, the real task begins. It should be a collective effort by both the government and teachers to promote education,” he said.