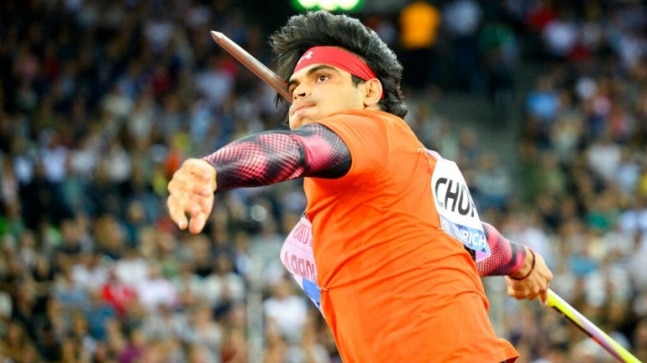 On Thursday, September 8, Neeraj Chopra became the first Indian to win the Dimond Trophy, the prestigious title in the Diamond League series finals in the men’s javelin throw. The 24-year-old, the Olympic champion from Tokyo, threw 88.44 meters and finished on the top step of the podium.

Gold, silver done, this time he donates a 24 carat diamond to the nation

Neeraj finished ahead of Czech Republic’s Jakub Vadlejch and Germany’s Julian Webber to make history. The Indian javelin thrower started with a foul while Vadlejch took the lead on the first attempt with a throw of 84.15m. However, Neeraj threw 88.44m in his 2nd attempt and it was not surpassed until the end of the competition.

Neeraj’s 3 throws outperformed the rest of the field in another of the Indian’s dominating show, this time in the Diamond League Final.

Neeraj won Olympic gold in 2021, the Asian Games gold in 2018, the Commonwealth Games gold in 2018 and the World Championships in Athletics in 2022. However, he had said he would like to win the Diamond Trophy to complete the set and spoke of the importance of Diamond League events for him.

He had previously participated in two Diamond League finals, finishing 7th in 2017 and 4th in 2018.

The historic throw in Lausanne was also Neeraj’s return to competitive action after missing the Commonwealth Games due to an injury sustained at the Eugene World Championships in Athletics, where he threw 88.13m in the final to win a silver medal. , the first in the country. also.

Before Eugene, Neeraj had set his personal best in the Stockholm stage of the Diamond League with a throw of 89.94 m. He finished 2nd behind reigning World Champion Anderson Peters, who missed the Diamond League Final in Zurich due to injuries after he suffered an attack. on a boat in Grenada.

Neeraj only took part in 2 rounds of the Diamond League in 2022 and a win in Laussane and a second place in Stockholm were enough for him to book a place in the final in Zurich.

Neeraj had finished 4th behind Jakub Vadlech (27 of 4 events), Julian Weber (19 of 3 events) and Anderson Peters (16 of 2 events). Neeraj finished with 15 of 2 events. Each athlete will receive 8 points for first place in a stage of the Diamond League, 7 for second place, 6 for third place and 5 for fourth place.