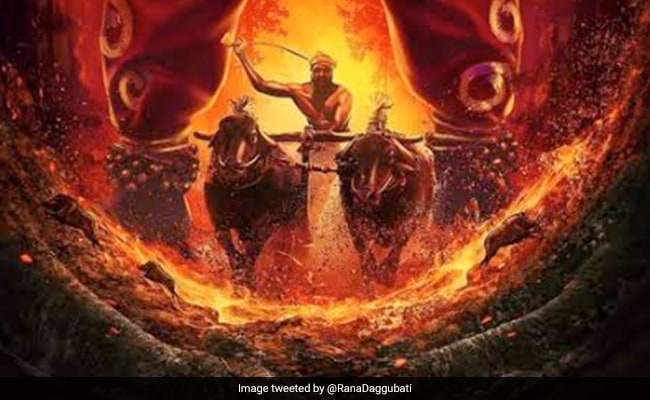 Filmmaker Actor Rishab Shetty’s Kantara has become one of the highest rated Indian films on IMDb with a rating of 9.5 out of 10. Originally made in Kannada, the film has surpassed Yash’s KGF 2 (8.4/10) and SS Rajamouli’s RRR (8/10). The film recently caught the attention of superstar Dhanush, who reviewed the film and called it “stunning.” The actor shared a tweet on Friday, writing: “Kantara… Fantastic!! A must see… Rishab Shetty, you should be very proud of yourself. Congratulations Hombale Films… Keep pushing the boundaries. hug to all the actors and technicians of the film. God bless.”

Kantara .. Mind-blowing!! A must see.. Rishab Shetty, you should be very proud of yourself. Congratulations homball movies.. keep pushing the boundaries. A big hug to all the actors and technicians of the film. God bless

Last night, actor Rana Daggubati also praised the film on his Twitter handle. The actor shared a poster of the film, writing, “Kannada’s Rishab Shetty and Hombale Films are on fire. What an extraordinary film Kantara is! Congratulations to everyone who was part of the film! Rishab Shetty truly inspired! “

Kannadas @shetty_rishab and @hombalefilms are on 🔥🔥🔥 what a special movie #Kantara is!! Congratulations to everyone who was part of the film! @shetty_rishab really inspired!!🙏 pic.twitter.com/ypZcsMLeCh

Kantara, directed by Rishab Shetty, was released on September 30. The Kannada film received positive reviews. The film has reportedly collected more than Rs 70 crore in Karnataka. Looking at the success, the makers of Kantara have decided to release the dubbed version of the film in other languages.

The film by Rishab Shetty also stars Murali, Achyuth Kumar and Sapthami Gowda in pivotal roles. The film is supported by the makers of KGF and KGF 2 Hombale productions.