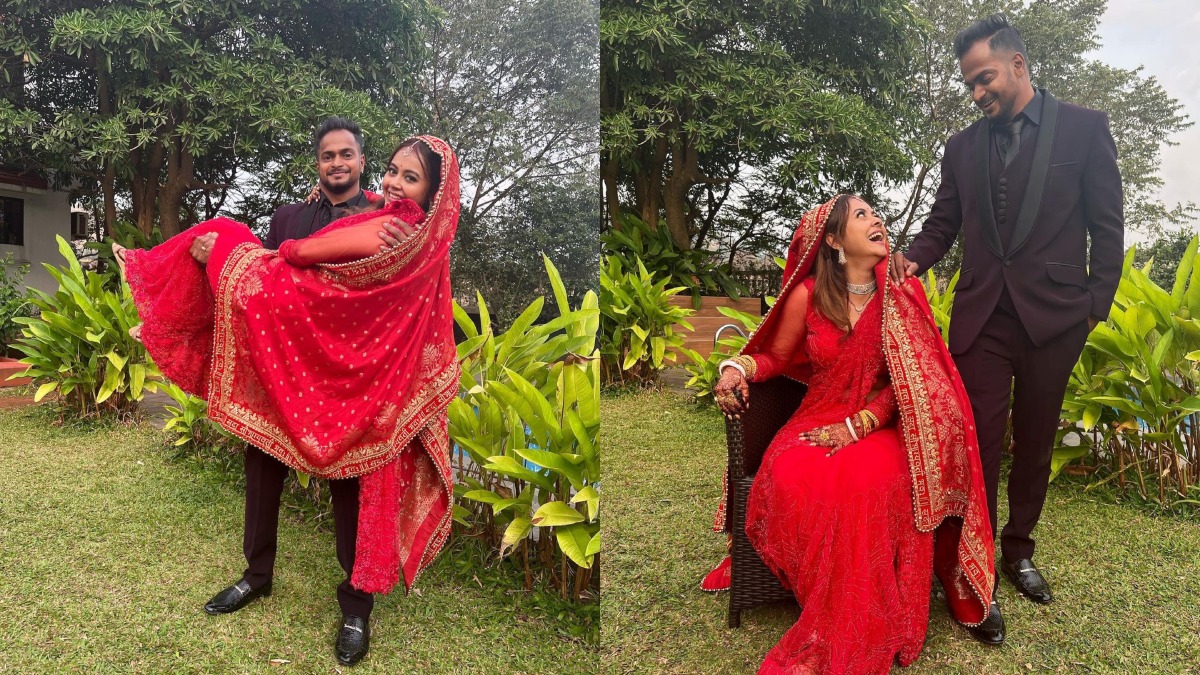 Devoleena Bhattacharjee has taken the plunge. The actress, who has shared a glimpse of her bridal look, posted some photos with her husband on Instagram. The Bigg Boss 13 celebrity also shared some moments from what appeared to be her haldi ceremony earlier on her Instagram handle. Now it has been confirmed that Devoleena is indeed married. She tied the knot with gym trainer Shahnawaz Sheikh in Lonavala in an intimate ceremony attended by her nearest and dearest.

Devoleena Bhattacharjee’s ‘wedding’ look is going viral on social media. In some pictures she flaunted the kaleere and traditional Bengali shankha pola bracelets. Many on social media are speculating who her husband is as he was not seen in any of the photos shared online until now. Confirming her marriage, Devoleena shared some photos with her husband who was dressed in a black suit. She wrote in the caption, “And yes I am proud to say I am taken & yes shonu” CHIRAAG LEKAR BHI DHOONDTI TOH TUJH JAISA NAHI MILTA. You are the answer to my pain and prayers. I LOVE YOU SHONU. Lots of love to you all. Keep us in your prayers and bless us. THE MYSTERIOUS MAN urff The famous #SHONU AND TUM SAB K JIJA (sic).”

According to a report, Devoleena’s marriage ceremony took place in Lonavala. The wedding was an intimate affair. Only a few friends like Vishal Singh and Bhavini Purohit and relatives of Devoleena attended the wedding. The couple reportedly signed up for the wedding in advance. In the photos shared on social media, both Devoleena and her husband looked blissful as they entered this new phase in their lives.