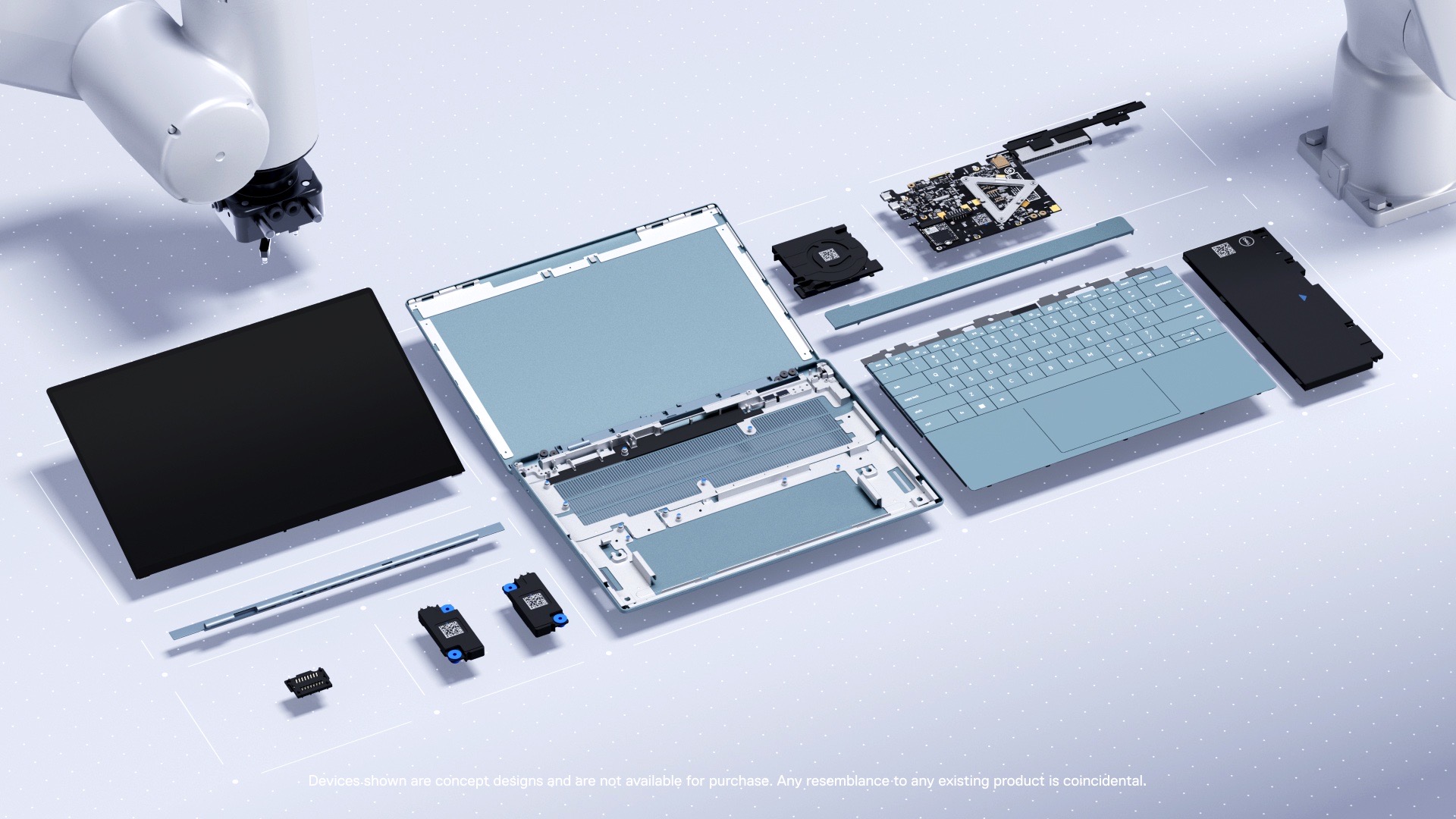 Last year, Dell intrigued us with Concept Luna, its attempt to make a durable laptop with fewer screws, with components that are easier to upgrade and recycle. It felt like a breath of fresh air compared to ultraportables that trade repairability for thinness. This year, Dell is pushing the concept even further. The latest Luna device can be completely disassembled in about 30 seconds with just a thumbtack and a little elbow grease. You don’t have to worry about cables or screws.

How can Dell achieve this wizardry? By developing a fully modular design, where every part can be clicked into place without much fuss. And it’s not just marketing hype: As you can see in the video above, it doesn’t take much effort for a Dell representative to deftly take apart a Luna device. After unlocking the keyboard with a pin tool, he removed two speakers, the battery, a CPU fan, and a slim motherboard. The screen was also a cinch to remove, after unlocking the laptop’s center bezel.

When put together, the new Concept Luna looks like one of Dell’s 13-inch laptops (more of a Latitude than a slimline XPS, to be clear). You would have no idea there was a real revolution going on under the hood. Dell’s sustainability angle is a lot clearer this time around. While the previous concept still required some technical maneuvering, it wouldn’t take much for a casual user to get under the hood of such a fully modular laptop. It’s about as hard as ejecting a SIM card.

The new Luna laptop also has room for a CPU fan, which means it can accommodate more powerful processors. In addition, Dell partnered with a microfactory during the development of Luna, which enabled the company to automate the ordeal of assembling and disassembling Luna devices. That process also includes testing individual components – after all, it’s easy to imagine that some aspects of a computer are used much more than others. If you’ve used your laptop primarily on a desk with an external keyboard, the built-in keyboard probably still has a long life.

“By combining Luna’s sustainable design with intelligent telemetry and robotic automation, we’ve created something with the potential to create a seismic shift in the industry and drive circularity at scale,” said Glen Robson, CTO of Dell Technologies’ Client Solutions Group, in a blog post. “A single sustainable device is one thing, but the real opportunity is the potential impact on millions of tech devices sold each year, and optimizing the materials in those devices for future reuse, refurbishment or recycling.”

While it’s unlikely we’ll see a Luna-like consumer laptop anytime soon, its existence could influence the way Dell designs future systems. The company is also driving its sustainability initiatives in several other ways, such as by drastically reducing packaging waste or exploring recycled materials for some PC cases. When it comes to true DIY repair, Dell already has some competition from Framework (which just unveiled a DIY Chromebook). Still, it’s nice to see one of the world’s largest PC manufacturers taking sustainability seriously.

All products recommended by Engadget are selected by our editorial team, independent from our parent company. Some of our stories contain affiliate links. If you purchase something through one of these links, we may earn an affiliate commission. All prices are correct at time of publication.