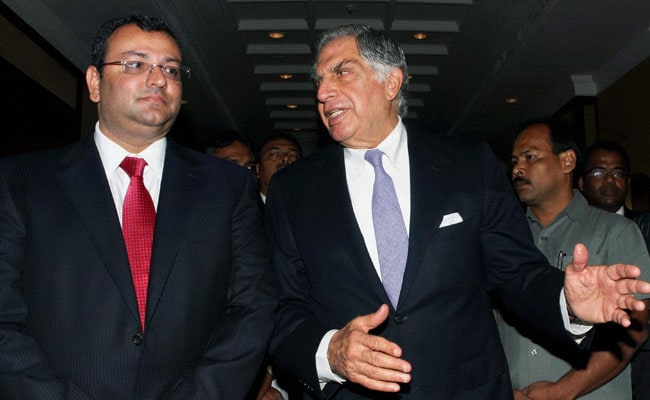 Ratan Tata took Cyrus Mistry under his wing but ended up in a bitter legal battle with him.

Cyrus Mistry, who died in a car accident on Sunday, was cremated today in Mumbai. The passing of the former chairman of Tata Sons has shocked the Indian business community. There has been no public condolence message from Ratan Tata so far.

There was a lot of bitterness between the two and they could never reconcile, a close associate of Cyrus Mistry told NDTV.

In an exclusive interview, Mukund Rajan, who was Brand Manager for the Tatas under Cyrus Mistry, said it may be time for Ratan Tata to forget old differences. He responded to a question about whether it was strange that Mr. Tata has not made a public statement condoning the death.

“Each individual will make their own choices. Mr. Tata was extremely hurt by many of the allegations made in the media and otherwise in some of the files filed in court. It is clear that there was tremendous bitterness between the two individuals But one would have I was hoping that now — there is clearly no reconciliation that will ever be possible — people should put the past behind them and just look ahead. I think both individuals wanted the best for the Tatas. And I think it’s thanks to the Indian public that the memory of what Cyrus stood for still gives a lot of information about what the Tata group wants to achieve in the coming years,” said Rajan.

Mr Rajan said Cyrus Mistry, 54, was deeply unhappy with the way his ties to Ratan Tata, his mentor, had soured. Cyrus Mistry was chosen to step into the position of Ratan Tata in 2012 when he retired, but was abruptly removed four years later in a dramatic board meeting.

Ratan Tata, 84, ended up in a bitter legal battle with him in the Supreme Court.

“He believed that people may have played a mischievous role in communicating what he stood for and the kind of future he wanted to create for the Tatas. He felt that Ratan Tata may have been misinformed several times,” Mr Rajan said. .

He described Cyrus Mistry as someone who wanted to give credit where it was due, who never tried to take credit for himself.

“He was baffled by suggestions that people in Tata’s tight-knit group may have felt that he was trying to steer the group in a different direction, taking credit for himself, and changing the group’s values ​​in ways that Mr. Tata did not.” And I think that created a series of issues that eventually led to his separation from the group and the lengthy lawsuits.”

Mr Rajan said even the lawsuits tell a story.

Mr Mistry was eager to clear his name and show that what he was doing was in the best interest of Tatas.

“In the end, he fought to establish that he had a position that could not be ignored,” said Mr Rajan.

The legal battle was more about protecting his honor, he agreed.

Mistry, he said, was “very like” Ratan Tata in many ways — both were fantastic with numbers and both had financial acumen.

Cyrus Mistry was named chairman of Tata Sons in 2012. His shock in 2016 sparked a lengthy courtroom and boardroom battle between two of India’s major business clans.