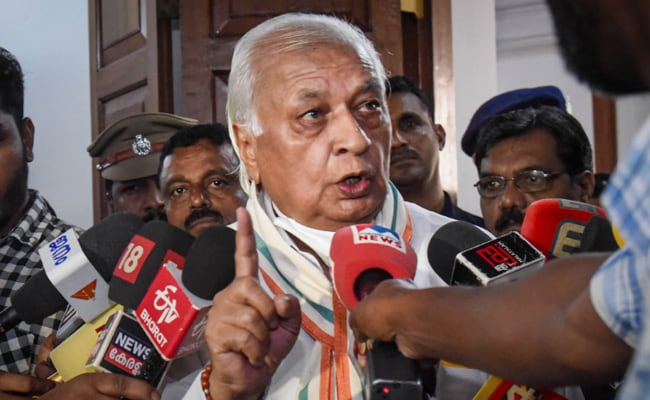 CPI(M) slammed the governor of Kerala for “saffronizing” higher education in the state.

“The higher education sector is being completely saffronized. The governor is making efforts as part of this. Leftist and democratic organizations have mobilized people in Kerala. The people of Kerala have surpassed the people of other states in many ways,” said MV Govindan.

Referring to the Vizhinjam harbor protest where the fishermen had protested against the Adani harbor project, claiming that it was not a natural harbour, he said the people’s protest was not against but against the attempt to create a riot behind it.

The protesting fishermen claimed that it was not a natural harbor and that if one went in they could see huge sand dunes dredged out of the sea.

Later, the fishermen’s protest turned violent as Vizhinjam police arrested five protesters for allegedly blocking trucks in Thiruvananthapuram, leading to a scuffle. However, four of the five demonstrators were later released.

“We were not against people’s protest. What was against was the attempt to create a riot behind it. Riots and attacks by cops are outrageous. We said this is not right. The government will complete the rehabilitation of Vizhinjam The government has accepted six of the seven things demanded by the protesters in Vizhinjam,” said MV Govindan.

Earlier on December 12, the Kerala High Court closed the plea of ​​Adani Vizhinjam Port Pvt Ltd and Howe Engineering Projects seeking protection for their employees and property of protesters in Vizhinjam.

The Single Bench of Justice Anu Sivaraman closed this after petitioners’ counsel informed that no further obstruction was caused at the site.

The court on August 26 ordered the Kerala Police to maintain law and order at the construction site of Vizhinjam Port.

In September, the Kerala region of the Latin Catholic Council (KRLCC) launched a ‘Janabodhana Yatra’ from Moolambilly in Ernakulam district to Vizhinjam in Thiruvananthapuram as part of a solidarity protest against the fishermen, who are protesting against Adani Port in Vizhinjam. project.

Kochi’s churches also lent their support to the fishermen, with priests and clergy forming a human chain with the support of the local population spread over 17.5 km.

‘Planted’ evidence against Stan Swamy? NDTV has access to the latest explosive report from US Lab