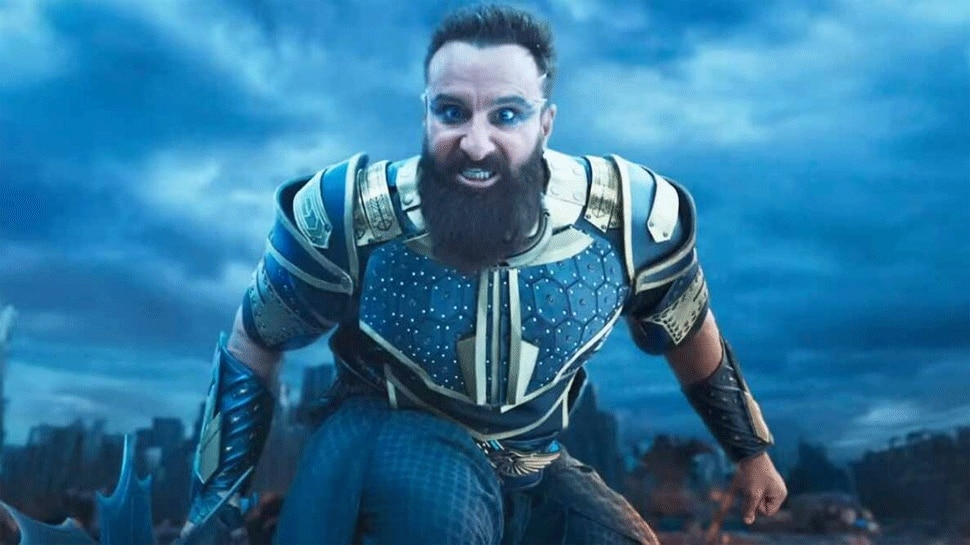 NEW DELHI: Veteran actor Mukesh Khanna, best known for his portrayal of Bhishma Pitamah in Mahabharata, spoke about the changes in the main characters in the Hindu mythological film ‘Adipurush’. In an interview, Mukesh said that people can make up thousands of stories, but not joke about “our gods.” Expressing his opinion further, he demanded that respect for Hindu characters be shown, as “it’s been done in the southern movies.”

Speaking to Times of India, Mukesh said: “They made Kalyug as an interpretation of Mahabharata. But they never said they are replicating it. Epics like ‘Ramayana’ and ‘Mahabharata’ cannot be made with technology. when the Censor Board has passed it?’ Censor Board koi hamara mai baap nahi hai (not our guardian). It’s not Supreme Court. Make 1000 stories, but don’t joke about our gods. Then your movie will work. Watch how ‘Karthikeya 2’ worked, even when the boycott culture was here. If you use Hindu characters, show them respect like they do in the Southern movies.”

Another veteran actor Gajendra Singh, who played the role of Yudhishthir in the historical television series ‘Mahabharat’, said that “Raavan is an integral character of our history and if his appearance changes, the public will not accept it.”

The Om Raut’s direction starring Prabhas, Kriti Sanon and Saif Ali Khan has sparked controversy since the makers dropped the film’s first teaser. People are bashing the creators for claiming that Lord Rama and Hanuman are depicted in an unwarranted and inaccurate depiction by showing them wearing leather thongs. They also claimed that Ravana had been given a wrong appearance.

See also  Nysa Devgn, Suhana Khan twin in gold as they bond with each other at Diwali bash | Bollywood

Meanwhile, a plea to delay the release of ‘Adipurush’ has been moved to a court in Delhi. It is alleged that the trailer of the film character of Lord Rama, Hanuman and Ravana was shown in a way that hurts the religious feelings of the petitioner and many others.

The defendants are alleged to have harmed the religious, cultural, historical and civilizing feelings of the claimant and many other Hindus by unjustly and inaccurately portraying Lord Rama and Hanuman in the teaser/promo video of their upcoming film Adipurush. “Lord Rama is shown as an angry man who is murderous. Lord Hanuman and Lord Rama are also shown wearing leather accessories in a teaser uploaded on the producer’s YouTube page,” the plea reads.