Carlsen Increases Lead Before Facing Praggnanandhaa In Final Round 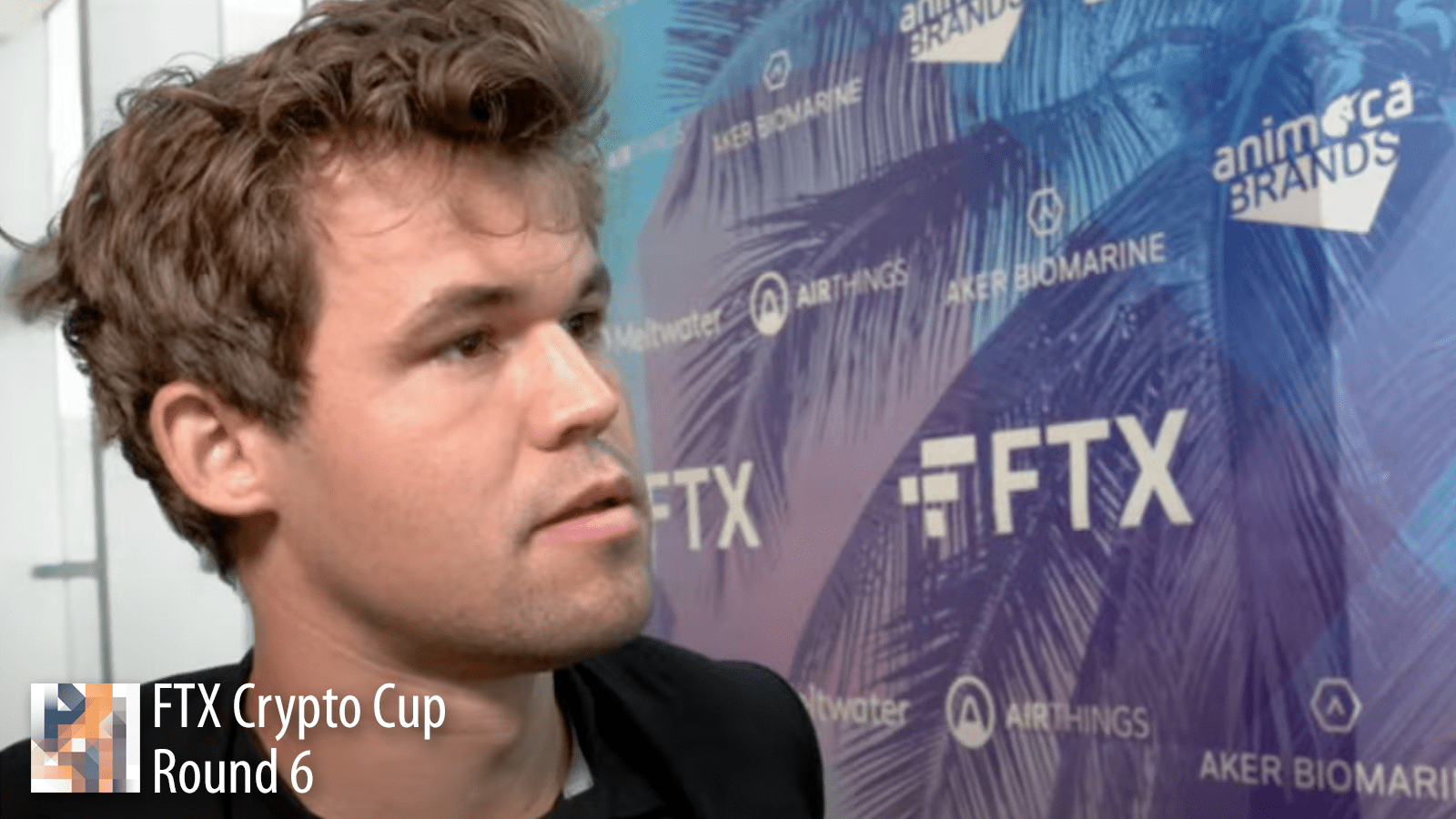 GM Magnus Carlsen increased his lead in the FTX Crypto Cup to two points on Saturday thanks to beating GM Alireza Firouzja in the tiebreaker. The leader will face the number two in the final round on Sunday: Praggnanandhaa R., who lost to GM Jan-Krzysztof Duda.

This clash started with a bang, as both players won their white game in quite crushing style. Firouzja’s win, where he used a nice rook maneuver against an off-beat line from Carlsen, was especially nice. While totally outplayed, Carlsen kept smiling and, as it turned out, was listening to Norwegian comedy on his earphones during the match.

With two draws, things calmed down as the players moved on to a blitz tiebreak. Carlsen won the first game fairly smoothly, but the second game was very different. “I was under pressure all the time,” Carlsen said. “I feel like I’ve had the same thing against him a few times in Norway Chess, that it’s just getting completely out of hand. At one point I was just lost to death, but you know, you fight to the end!”

With Praggnanandhaa losing, Carlsen’s lead is now two points, meaning the world champion will secure the tournament win if he makes the tiebreak on Sunday. Pragg’s job is to defeat his illustrious opponent in the fast segment.

Duda won’t win the tournament, but at least he can say he beat the two best players. Like his fight with Carlsen recently, the Polish GM could have decided his match with Praggnanandhaa on the momentum, but ultimately did so in the blitz.

It helped that Pragg blundered into a mate-in-one winning position in the first blitz game:

It took a few days for GM Le Quang Liem to get into shape, but after convincingly beating Praggnanandhaa 2.5-0.5, he beat GM Anish Giri by the same score. The first game saw some wild tactics and an evaluation bar that went crazy:

Aronian then won both of his white matches and braked the intervening match. The first win was pretty nice: