Books capture the zeitgeist in a way videos rarely do 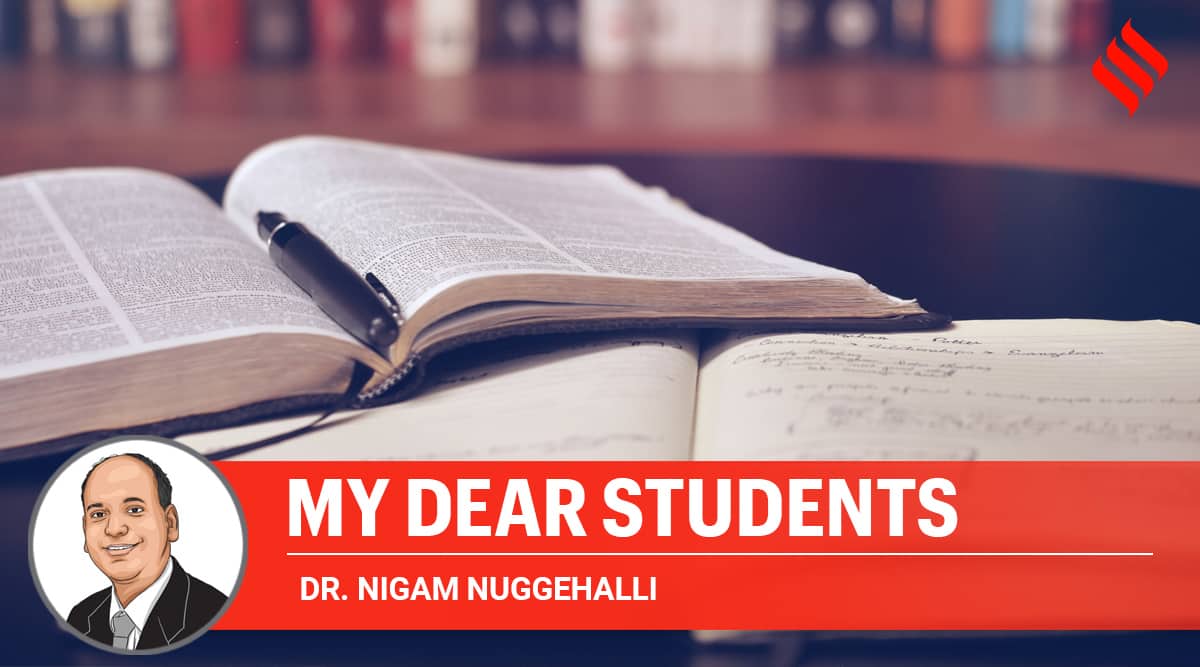 (“My dear students,” a fortnightly column that is a conversation with young minds about current events, books, popular culture — just about anything worth chatting over coffee.)

One day, many years ago, I was completing a lecture on Aristotle’s political philosophy and was about to return to my office when a student approached me. “Sir”, he said, “I liked your class, but I wanted to know if you could share some videos with us”. I was new to this way of thinking, so when I asked for an explanation, he replied that videos explaining Aristotle’s philosophy would have been helpful in his learning process.

I was a bit baffled. Learning Aristotle through a video? I told the student that I cannot recommend videos about Aristotle. He should read the text of the ‘Nicomachean Ethics’ as accurately as possible. I recently thought of this incident when I was desperately looking for online videos to learn more about cryptocurrencies. I was reduced to looking for videos because I couldn’t find any accessible text in print.

Instead, I found several great videos that explained the ideas clearly and precisely. My experience of learning about crypto was a sobering one. I no longer mock videos as an instructional tool. To be clear, I have never mocked video as a form of entertainment. I always tell my students, unfortunately with little Result, that “The Wire” (released two decades ago) is probably the best cultural product to come out of the US, let alone a TV show. Their depictions of American law and order, media, education, and struggling Baltimore as a hub are both compelling and revealing. Video gives an immediacy and vibrancy to entertainment that other media can rarely match.

But beyond entertainment and targeted instruction (like the crypto videos), I continue to believe that video has its limitations compared to the written word. Books capture the zeitgeist in a way that videos rarely do.

Last week I read “If Then” by Jill Lepore. It’s a book about the history of something we all hear about every day but know very little about: data science. In the 1950s and 1960s, a company called Simulmatics pioneered the art of predicting human behavior using the science of data analytics. Short of both data and science, it was a spectacular failure. I thought Jill Lepore would say something about the failure as instructive, but there’s no such thing in the book.

It is a story of failure, not a harbinger of things to come. But because it’s a well-researched book, it took me, as videos rarely do, on a journey of discovery. Data science was almost beside the point. I learned interesting things about the personalities and problems of post-World War II America. I heard about Adlai Stevenson, presidential candidate, who was hopelessly a politician, but was a great speechwriter. I heard about Saul Bellow, the writer. I read about the Cuban Missile Crisis and the Kennedy administration. I happened to come across a statement describing the effect of the JFK assassination on the American public. When John F Kennedy died, it seemed to ordinary Americans that the world would not be the same: “And the waves lapped against the shore, and the sun shone, and everything was the same, except it wasn’t.”

Books allow us to construct the world we read about in a way that is unique to us. The characters speak with voices that we provide. The tone, the texture, the emotional registers, the local color, the sounds, the smells, the atmosphere, although not of our own making, are ours to mark, with our personalities and our imagination. Videos can never come close to such an immersive experience where we are active collaborators in the world that someone else has created.

As videos take up more of our time, we lose our ability to absorb knowledge, trivial and groundbreaking, in the broad, non-purposeful way that books can provide. If we don’t let sentences and aphorisms marinate in our minds, our articulation of our imagination will diminish. Videos will always be distracting, and distraction is important in the aggravating lives we lead. But we don’t want this world to be diverted. We want to nurture a sense of curiosity and wonder. We want art that gently encourages us to expand our minds, that makes us think, even if we’d rather not. Videos can dazzle us, but sometimes we prefer to be seduced. I hope you will remember this as you live your life in schools and colleges.