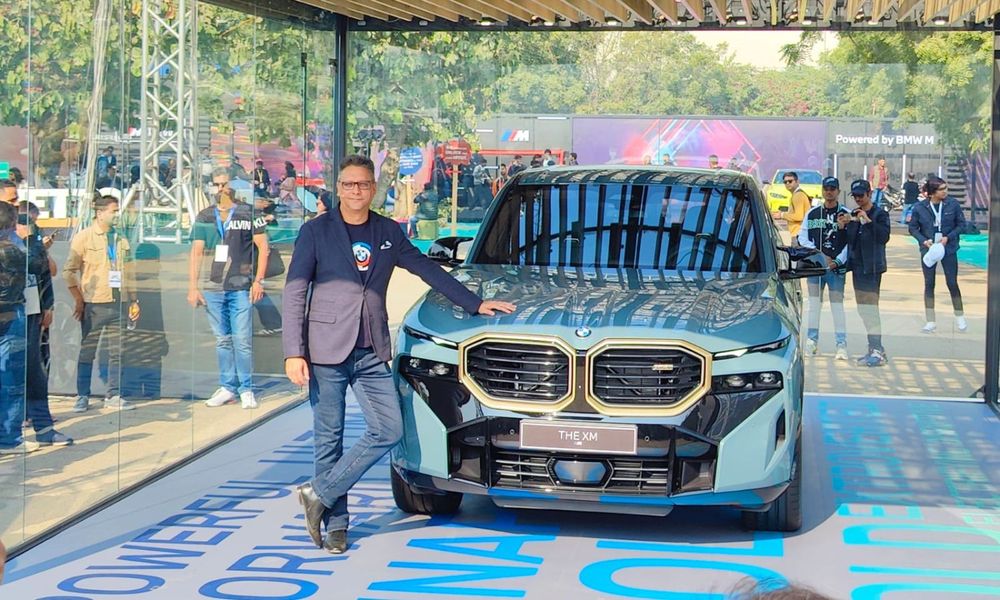 BMW India today launched its most powerful car in the Indian market: the XM. The BMW XM has been launched in India at Rs. 2.60 Crore (ex showroom India). Originally previewed as a concept in late 2021, the XM is BMW M’s second-ever bespoke model, following the mid-engined M1. XM SUV deliveries will begin in India in May 2023.

Under the hood, BMW has mated the M Hybrid Drive to the 4.4-litre twin-turbocharged V8 with an electric motor mounted in the gearbox. The combined power of the XM is 644 hp and 800 Nm, making it the most powerful car in the company’s stable. All that power pushes the SUV from 0-100 km/h in 4.3 seconds while the top speed is limited to 250 km/h.

The XM can also run on full electric power with the built-in 25.7kWh battery pack offering a claimed range of up to 88km. The XM has a double wishbone front suspension and a five-link rear suspension with adaptive M dampers. The SUV also features 48V active roll stabilization and is the first BMW M car to receive integral active steering as standard.

The BMW XM retains the same design as the concept with split headlights flanking a prominent BMW kidney grille. The side profile is also unchanged with the receding window line and prominent square wheel arches all carried over. The black piping on the shoulder line is replaced by gold piping on the production model.

The cab is finished with two-tone brown and blue upholstery

The rear design also stays true to the concept, with the production XM retaining the dual-stack exhaust and slim taillights – toned down from the concept. The design is rounded off by unique 21-inch alloy wheels, but options up to 23-inch will also be offered.

The XM is also not a small SUV with dimensions comparable to the full-size X7. The X7 is the longer and bigger SUV, although the XM is wider and sits on an identical 3,105mm wheelbase. However, unlike the former, the XM is only a five-seater.

The cabin, meanwhile, has been toned down compared to the concept with design elements in line with other newer BMWs. The cabin is finished in two-tone brown and blue trim, with the XM getting the one-piece curved display that houses the digital instrument cluster and touchscreen – a design seen on other new BMWs. The air vents and center console have been completely redesigned from the concept with a more mainstream BMW design.