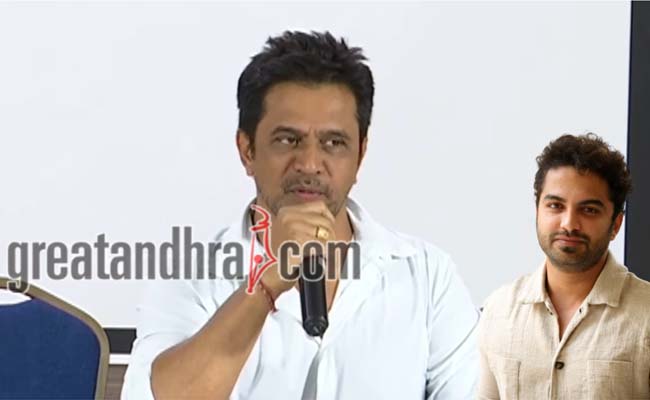 Vishwak Sen is known to star in a movie with Arjun Sarja as the director. Arjun’s daughter plays the female lead in this film. But suddenly this film was shelved.

Arjun Sarja has announced that he will not be making the film with Vishwaksen. He said he cannot work with a hero who lacks dedication and discipline.

“I had a one month schedule scheduled with Vishwak from the 3rd of this month. I told him a lot in advance. He said he was ready. But he messaged that he couldn’t come a day before the shoot I thought he couldn’t come for 2-3 days But he canceled the total schedule I called him and sent messages All those recordings are on my phone I can expose them to journalists I’ve never seen a hero with such a zero level commitment,” said Arjun Sarja.

Arjun Sarja also said that he worked with heroes like Allu Arjun but never saw an uneducated actor like Vishwak Sen.

“I told him the scenes much more clearly than the first time. He said everything is fine, but it’s not fair to stop the shooting like this. I’m not saying all this to intimidate him or let him back.” come to my shoot. I’m clear now that I can’t work with him,” he shared.

Arjun Sarja also said that he does not bother to lose money in this process. He wished that no other producer would have problems with this actor.

Vishwak Sen was last seen in the movie ‘Ori Devuda’.