Bengaluru Roads Under Water After Heavy Rain, Second Time In A Week

Rainfall in Bengaluru: Footage showed buses stuck in the middle of the flooded Old Airport Road.

Several areas in Bengaluru are under water and roads are inundated after heavy rainfall overnight, and traffic jams are reported at key intersections in the city. This is the second time in a week that the state capital of Karnataka has witnessed such severe flooding.

Many arterial roads were flooded while apartment basements were flooded after last night’s rain. A traffic advisory urged residents not to go out except for emergencies, and not to send children to school.

Outer Ring Road at Ecospace, Bellandur, KR Market, Silk Board junction and Varthur are among the affected areas. The ICT corridor is also under water, while several homes are under water in HBR Layout.

Footage showed buses stuck in the middle of a flooded Old Airport Road. The road was also flooded after last week’s rainfall and Prime Minister Basavaraj Bommai had visited two days ago. Heavy flooding is reported in Sarjapur Road with the parking lots of nearby buildings seen under water.

An inflated boat deployed on a flooded Balagere-Panathur road in Varthur, Bengaluru 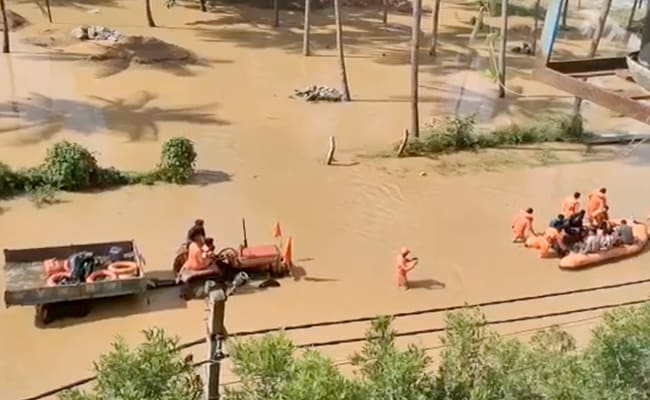 The Balagere-Panathur road in Varthur has been turned into a river due to overflowing stormwater drains with blown up boats deployed by rescue personnel. More than 30 apartment complexes and their basements are under water in Mahadevapura. 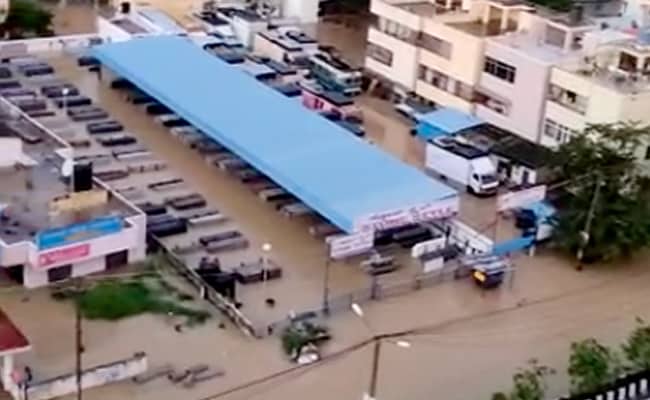 Several companies, including Goldman Sachs and Swiggy, have asked their staff to work from home, Reuters reported citing unnamed employees.

Bengaluru witnessed a similar situation last Tuesday when heavy rainfall led to flooding in several parts of the city. Trees were found uprooted while schools and universities remained closed. 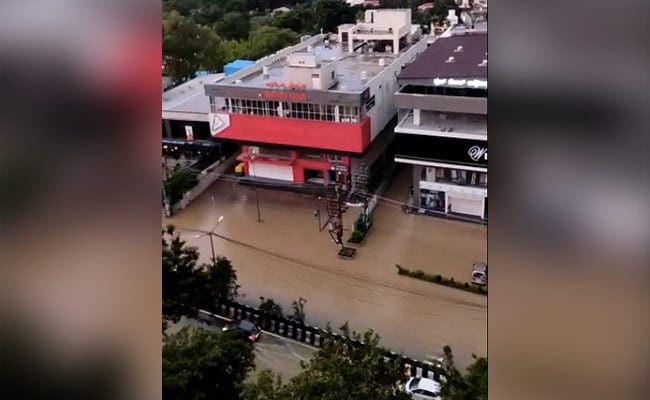 This led to losses worth hundreds of crores, IT and banking firms had said in a letter to the Chief Minister. “We will call the IT companies and talk to them about problems they are facing (due to flooding). We will discuss compensation and other related damages due to rain,” Mr Bommai told ANI news agency today.

The weather bureau has forecast heavy rainfall in Karnataka until September 9, especially in Bengaluru, and in coastal areas of the state. A yellow warning has been issued in Kodagu, Shivamogga, Uttara Kannada, Dakshina Kannada, Udupi and Chikkamagaluru districts.