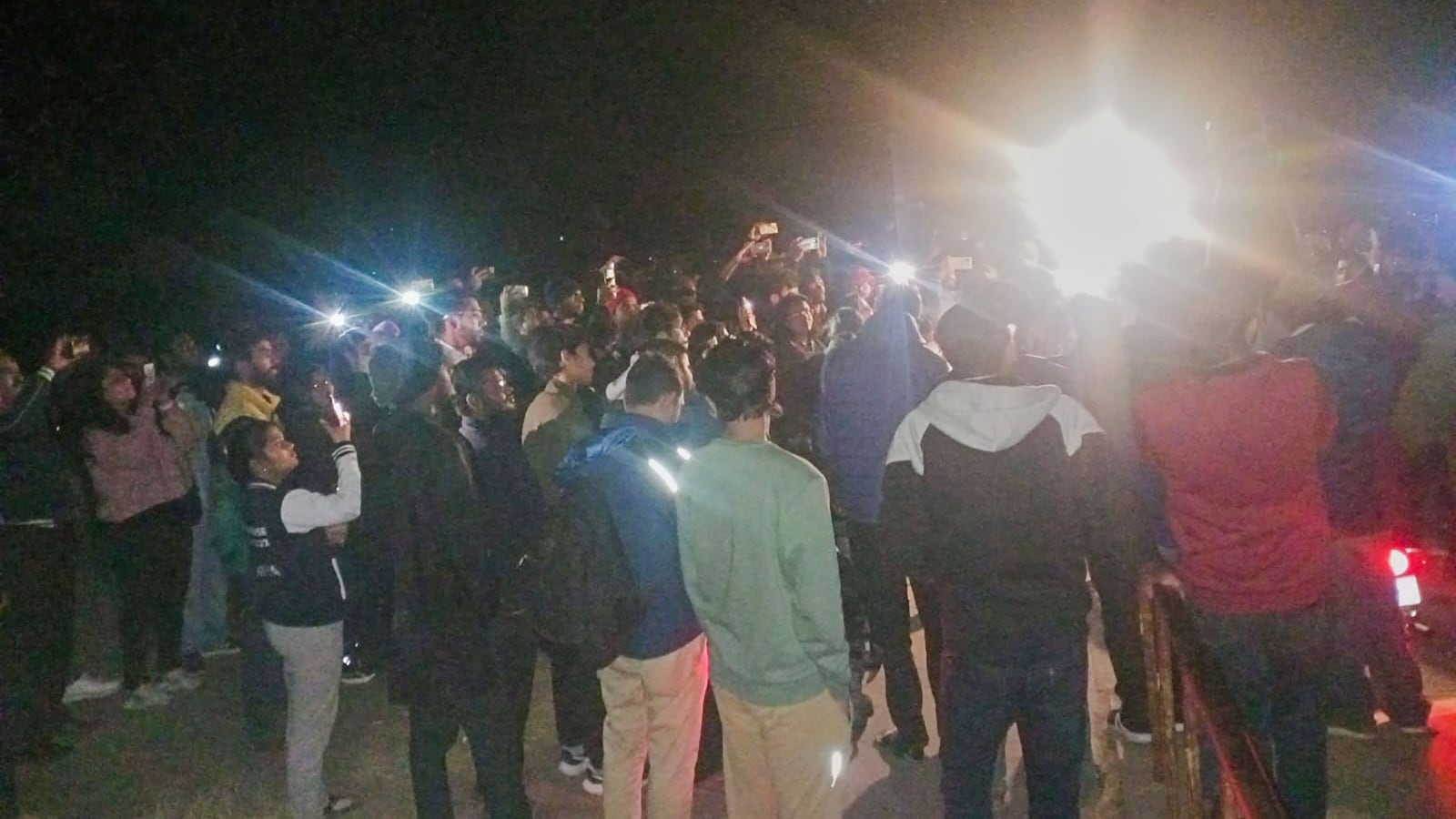 Several students from Jawaharlal Nehru University (JNU) marched to Vasant Kunj police station in New Delhi late Tuesday evening to file a complaint against those who allegedly pelted stones while watching a controversial BBC documentary about the Prime Minister’s riots Narendra Modi and Gujarat on their mobile phones as the screening was not allowed by the varsity administration.

Here are top 10 updates on JNU ruckus on BBC documentary:

1. Several students, who gathered at the JNU student union office on Tuesday for the screening of ‘India: The Modi Question’, claimed that the varsity administration cut power and internet to stop the event, and staged a protest after stones were thrown at them.

2. Later in the evening, the students protesting with slogans of “Inqlaab Zinadabad” and against the JNU administration marched to Vasant Kunj police station to file a complaint against the “stone bullets”.

3. “We have filed a complaint and the police assured us that they will immediately investigate the incident. We gave the name and details of all persons involved. From now on, we’re calling off the protest. We will also file a complaint with the JNU Proctor office,” ANI news agency quoted Aishe Ghosh as saying.

4. During the campus power outage, a JNU administration official, who asked for anonymity, told PTI, “There is a major (electrical) line outage at the university. We are investigating it. The engineering department says it will be resolved at The earliest.”

5. JNU Vice Chancellor Santishree Pandit said a power outage has affected some parts of the campus. “There was a major breakdown in the line. The faculty residences and other facilities are also without light. The technical department is investigating the problem,” said Pandit. JNU teachers confirmed that the electricity had gone out in the faculty residences.

6. On Monday, the JNU said in an advisory that the student union had not obtained approval for the event and it should be cancelled, warning of strict disciplinary action. However, the Jawaharlal Nehru University Students’ Union (JNUSU) had said in a statement that it is not the intention to create any form of disharmony through the screening of the documentary or film.

7. Some media reports claimed that QR codes were distributed to students to watch the documentary on mobile phones. Videos are also circulating on social media claiming that Ghosh distributed the QR codes. HT could not independently verify the authenticity of the videos.

8. Mohd Danish, co-secretary, JNUSU, said the government cut off access to electricity around 8:30 pm. He said that while the screening could not go through the projector, students used alternative devices to watch the documentary and resisted the administration’s dictate.

9. The ABVP denied the allegation and said they were not at the scene. “We didn’t go on site and none of us (the student body) were there. They are just taking our names to get more attention,” ABVP Delhi media consultant Ambuj told PTI news agency.

10. The Center had on Friday instructed social media platforms Twitter and YouTube to block links to the documentary. The State Department has dismissed the documentary as a “propaganda piece” that lacks objectivity and reflects a colonial mindset. However, the opposition has criticized the government’s decision.

(With input from Sadia Akhtar in New Delhi)