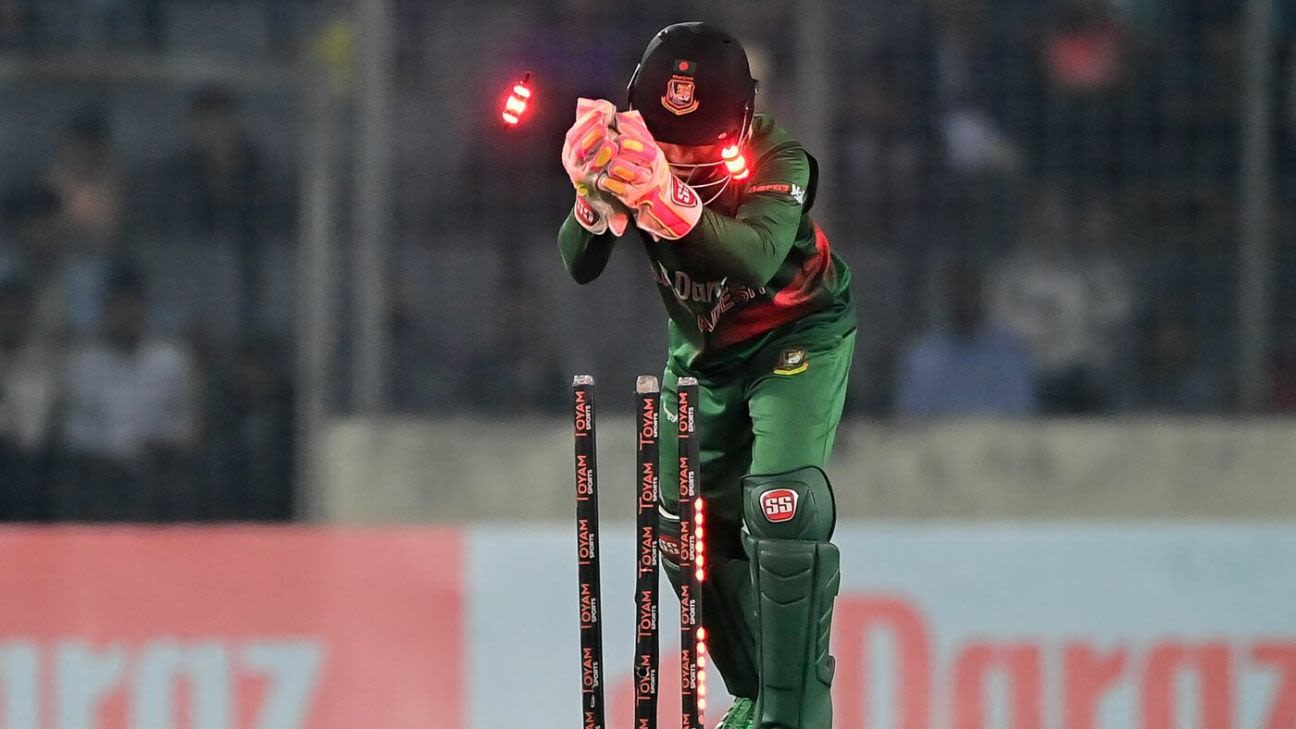 Zakir, 24, advanced to the 17-man squad after scoring 173 for Bangladesh A in the opening four-day match against India A at Cox’s Bazar last week. His innings helped Bangladesh A to draw the match, despite trailing by nine and on the verge of losing in an innings. A first-class batsman who keeps wickets, Zakir was also the highest run scorer – 442 at 56.25 – in this season’s National Cricket League, Bangladesh’s first-class competition.

“Zakir has been on our radar for five years,” said Bangladesh chief selector Minhajul Abedin. “He was in the High Performance unit for four of those years and this season he was the top scorer in first-class cricket. Last week he played well against India A. It saved the match. Selector Abdur Razzak, with the Bangladesh A side witnessed of the game and it seems that Zakir is ready for the highest level.”

Tamim Iqbal, who missed the ODI series with a groin injury, Mosaddek Hossain and Mustafizur Rahman were the high-profile names missing from the Test squad, which will be led by Shakib Al Hasan. It is clear that Tamim’s recovery could last until December 22, which could put him in doubt for the second test to begin in Mirpur on December 22.

However, the return of Mushfiqur is a huge boost for Bangladesh, while Yasir returns to the Test format after a long hiatus following the injury he sustained while touring South Africa in March and April. The hosts have chosen five fast bowlers to their squad, along with the regular three spinners in Shakib, Mehidy Hasan Miraz and Taijul Islam.

However, the real battle will be for top order places. Mahmudul Hasan Joy and Mominul Haque are out of form, while Najmul Hossain Shanto’s spot is also shaky after only scoring half a century this year. The middle order seems stable with Mushfiqur, Shakib and Litton taking their usual places.

While the series is crucial for India from a World Test Championship qualification point of view, Bangladesh is hoping to shake things up after beating the visitors in the ODI series. Bangladesh have never won a test match against India, losing nine and drawing two of their eleven matches.