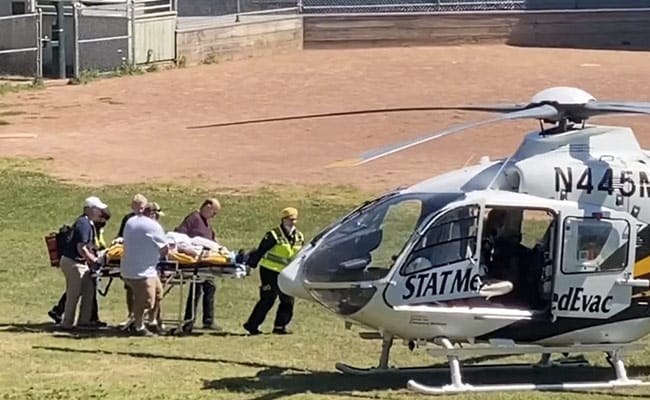 Salman Rushdie was airlifted to hospital where he underwent emergency surgery.

New Delhi:
Author Salman Rushdie was stabbed in the neck and abdomen on Friday at a literary event in New York, US. The 75-year-old author is on a ventilator and may lose an eye. Police have identified his attacker.