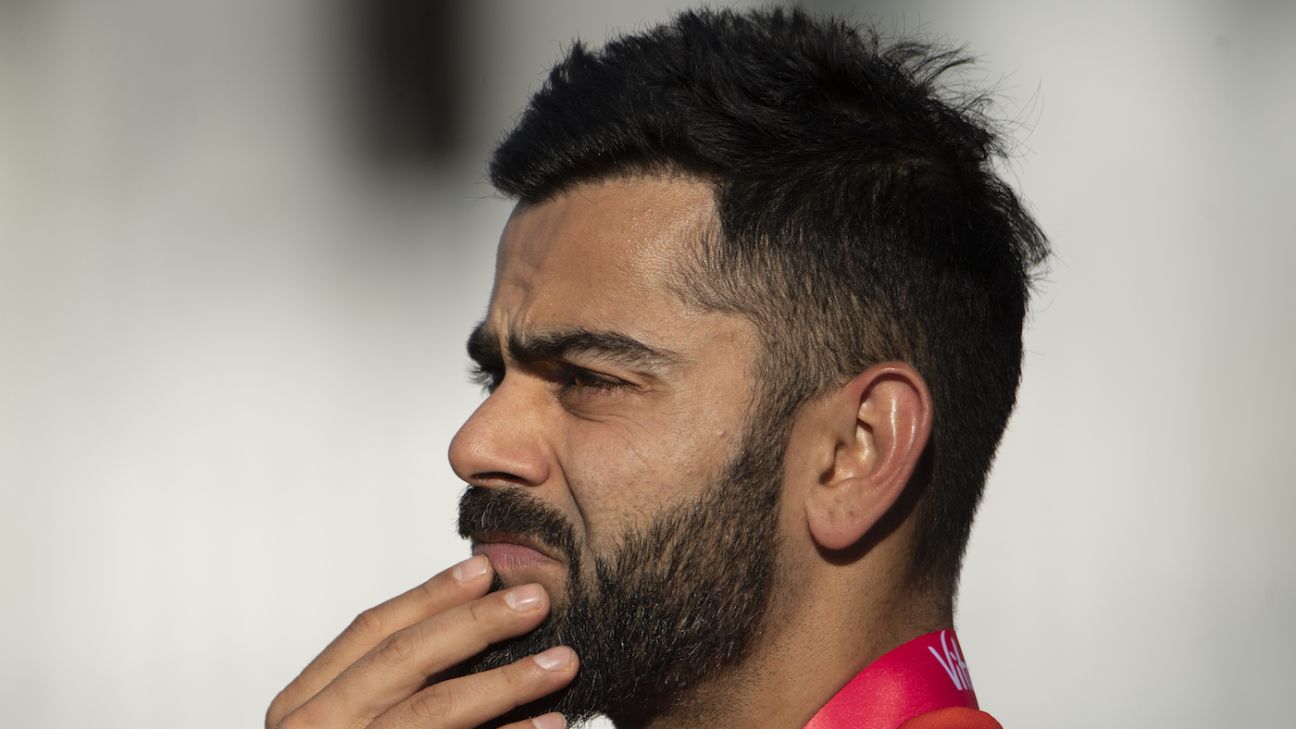 Virat Kohli is candid about his recent struggles to deal with expectations, workload and mental fatigue. India’s first Asia Cup match against Pakistan on August 28 marks Kohli’s return to international cricket after a 42-day hiatus following the end of the England tour in July.

“This is the first time in 10 years that I haven’t touched the bat in a whole month,” Kohli told Star Sports during an interview with Jatin Sapru. “When I sat down and thought about it, I felt like I hadn’t touched a bat for 30 days, which I’ve never done in my life. Then I came to realize that I was sort of trying to reduce my intensity lately.” kinda fake “No, I can do it”… be competitive and convince yourself that you have intensity, but your body is telling you to stop. The mind is telling you to take a break and take a step back. .. You can ignore it say that you are fit and work hard on yourself, that you will be fine because you are fit.

“I’ve been seen as a man who is very strong mentally, and so am I, but everyone has a limit and you have to recognize that limit or things can get unhealthy for you. So this period actually taught me a lot of things that I stood for didn’t allow to come to the surface. When they did, I hugged it. yaarThere is much more to life than just your profession. Or when the environment around you is such that everyone only looks at your professional identity, somewhere you start to lose perspective as a person.”

On Sunday, Kohli will play his 100th T20 international, becoming only the second cricketer after New Zealand’s Ross Taylor to play 100 matches in every format of the game – an indication of the workload he’s carried since his 2008 debut. And Since 2020, no other Indian cricketer has played more internationals than Kohli’s 62 matches.

Kohli said the demands of his schedule had affected his love of training, something that “worried” him and made him realize that he had to “get away” for a while. “I have always been a man who follows his heart from day one … I have never wanted or tried to be anyone else, which I have been in this recent phase. I have tried to meet the demands and expectations, not really felt my inner being completely, which this phase [away from the game] let me do it. I experienced that I’m not excited to exercise, I wasn’t excited to exercise, and that really bothered me because this isn’t who I am, and I literally had to step out of that environment.”

See also  सिराज भी जाएंगे ऑस्ट्रेलिया; सवाल- शमी ही क्यों? | T20 World Cup 2022 India Squad Update; Mohammed Shami Mohammed Siraj
Kohli said taking this break helped him rediscover his excitement for training and cricket. “When you’re in such an environment, you can’t see anything. When you remove yourself there, you realize what happened to you. And this was a great break. I’ve never had such a long break, and the first what i realize is that i woke up in the morning and was excited to go to the gym which isnt like oh i gotta keep up with this so that was my first number you can tend to let your carried away by so many demands these days… You’ve seen the results of what happened to Ben Stokes and Trent Boult… Moeen [Ali] withdraw from Test cricket. These aren’t abnormalities, but it happens, and people who interact with them know what’s happening in their lives.”
As Kohli prepares for his comeback, his form will be re-examined. He hasn’t scored an international century since November 2019 and his T20 form hasn’t been great either. Kohli has only played four T20 internationals since last year’s World Cup and he scored just 341 runs from 16 innings for RCB in IPL 2022 with a strike rate of 116. While elaborating on his thinking, Kohli said he had tried to pushing “in a competitive zone” because it “didn’t come naturally” and that he felt better after the break.

“I’ve been seen as a man who is very strong mentally, and I am, but everyone has a limit and you have to recognize that limit or things can get unhealthy for you”

“I definitely feel light now, and it wasn’t just about the workload of cricket,” Kohli said. “A lot of other factors on the outside too, that contribute to me going into that… Because you play with passion, with the heart, but on the outside the perception is different and the value of these things is not understood. That people through looking at you through a different lens That’s a reality check That you can’t expect everyone to think and be like you I have to realize that too.

“And intensity, like you said, I didn’t even realize I was pretending. I was trying to push myself into a zone of competitiveness. I’m someone who wakes up and feels, ‘Okay, let’s see what the day has for me’ and be part of everything. Getting through my day involves absolute presence, involvement and that’s who I’ve always been. People ask me how do you do this on the court, and how do you go on with so much intensity, I just tell them I love playing the game and I love the fact that I can contribute so much every ball, and that I inches of my energy on the field and to me it never felt abnormal. from outside people looked at me, and even within the team they asked me how do you keep up? And I just say, simple, I want my team to win at all costs, and if that means I’m gasping when I walk off the field, so be it.

“It didn’t happen naturally. I had to push myself. I didn’t know… I had become the ideal athlete to look up to. I’m so grateful that so many people are inspired by me, but you can’t stop that man I understand why people love and support you, it’s because you were always yourself, and even in these moments I’m not shy to admit that I was feeling mentally down and this is very normal to feel. .. I am a human being after all and that should be a thing or a space for people to say ‘If he can experience this relax then it’s normal to feel this way’ It’s not abnormal, talk talk about it and talk to people No one will think you are weak… you get help from people you could never have imagined but we don’t speak because we hesitate We don’t want to be seen as mentally weak Trust me, do like you’re strong is much worse than that I’m not ashamed to be mentally so felt weak.’

Watch live coverage of the 2022 Asia Cup every day from 6:00 PM IST on Star Sports and Disney+ Hotstar.