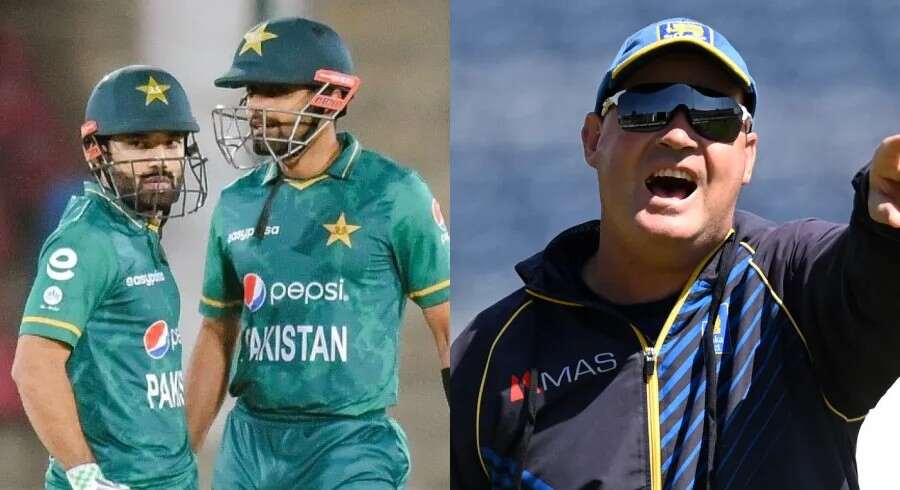 “Babar and Rizwan are not allowed to open in T20Is together,” says former Pakistan head coach Mickey Arthur:

South African-born John Micheal Arthur, aka Mickey Arthur, who coached the Pakistan cricket team from 2016-2019, thinks Pakistan should not open with Babar and Rizwan.

Babar and Rizwan are the highest ranked Pakistani batsmen and they have been extremely successful opening the innings. But he thinks Fakhar should open with one of them, while the other comes in at number 3 to solidify the middle order.

On ESPNcricinfo’s T20 Time OutMickey said, “You’d probably want to send Fakhar Zaman up there and have a left-right shot combination so the bowlers bowl from different angles, and you’ve got Babar or Rizwan come in at number 3 so there’s a little more depth and someone can take the roll of the leaf anchor for them and hold up one end while the others revolve around these guys.

“I think they should” [separate Babar and Rizwan]. Fakhar hits the ball in several areas, it frustrates the bowlers a bit. It’s the different angles, you have a left hand and a right hand. So, spread Babar and Rizwan and you put Fakhar Zaman back on top,” he added.

Swapping the batting position of Babar Azam and Fakhar Zaman could prove to be a cult for the Pakistani top order. A combination of left and right at the top and Babar hitting 3 can keep the scoreboard going as the Pakistani middle class is obviously very aggressive and attacking but a bit inexperienced at the same time.

“We used to build as best we could, and that was a pretty good recipe for us. The difference between that team and the team now is that in the middle we had Mohammad Hafeez and Shoaib Malik. In the middle they are a very young outfit now, they don’t have much experience, and if you take them down three wickets early I think they will have a hard time,” Mickey concluded.