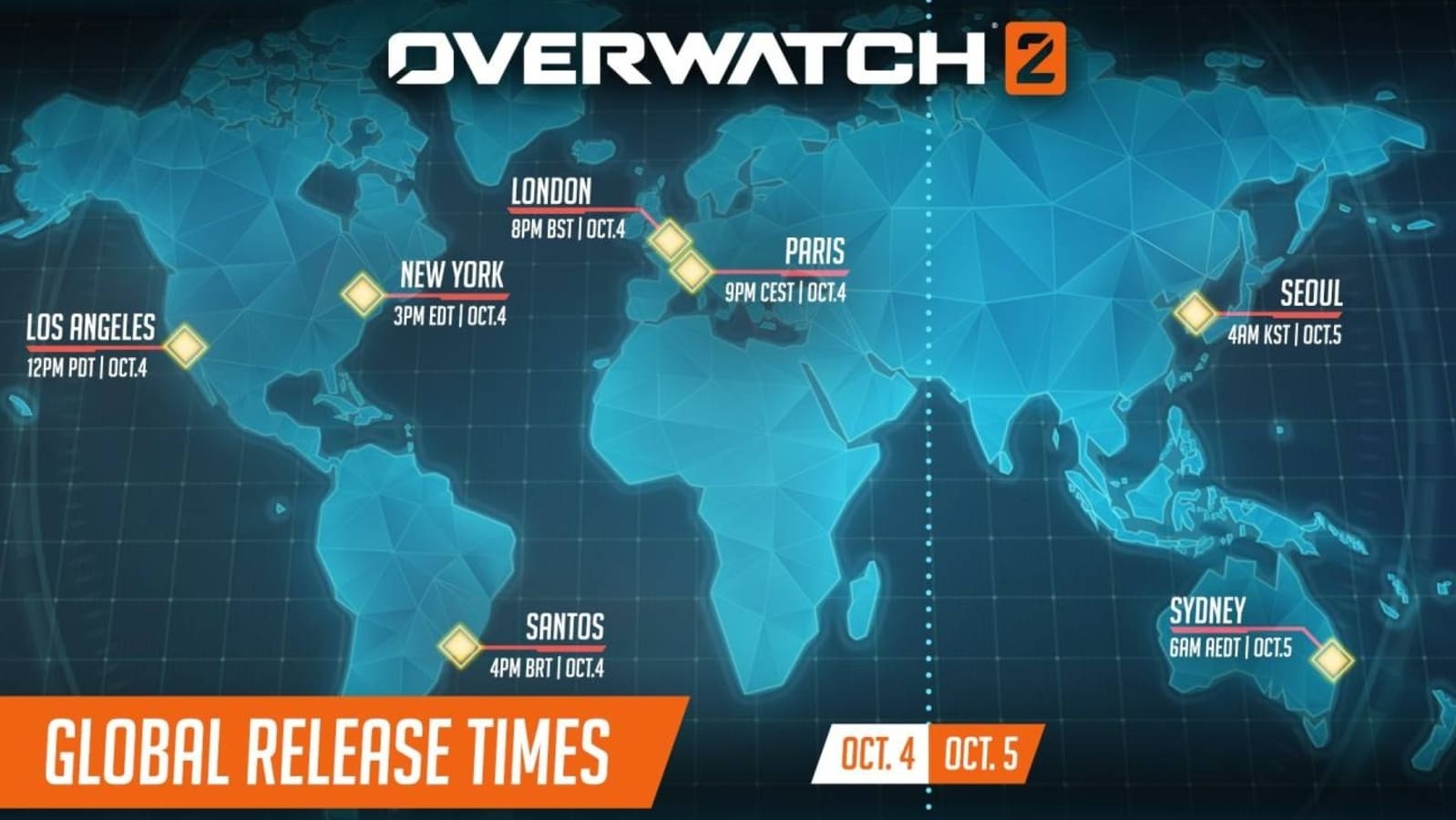 Overwatch 1 closed on October 3 to make way for the highly anticipated release of Overwatch 2. Know when the new game will be available to play, details on battle passes and more.

Yesterday, October 3, Overwatch servers were shut down, drawing the final curtain on the popular team hero shooting game. The game’s fans are saying goodbye online, writing down their favorite memories and discussing their favorite characters. But while the loyal fanbase was saddened by the departure of Overwatch 1, they are equally excited about Overwatch 2. The upcoming game will remove the tank slot from the six-man team that aims to make gameplay faster. So, if you are also waiting for it, find out the release time of Overwatch 2. Also know the new battle pass system and all the details around it.

The download size for the game on console is about 30 GB and 50 GB on PC.

With Overwatch 2 comes the new battle pass and you need to know how it works. By replacing the loot boxes, Battle Pass will become the new reward system. Players will also be presented with an in-game store where players can instantly purchase things using a new currency called Overwatch Coins.

There are two tiers for the Overwatch 2 Battle Pass – Free and Paid. There are a total of 80 milestone points in a battle pass. Players can unlock all new heroes at different levels on Battle Pass. Unlocking heroes starts from level 55. Both free and paid users can unlock the players.

There is a new hero in season one, a supporting character named Kiriko. But if you’re not a new player, you’ll get all newly released characters, including Kiriko, Sojourn, and Junker Queen, for free at launch.