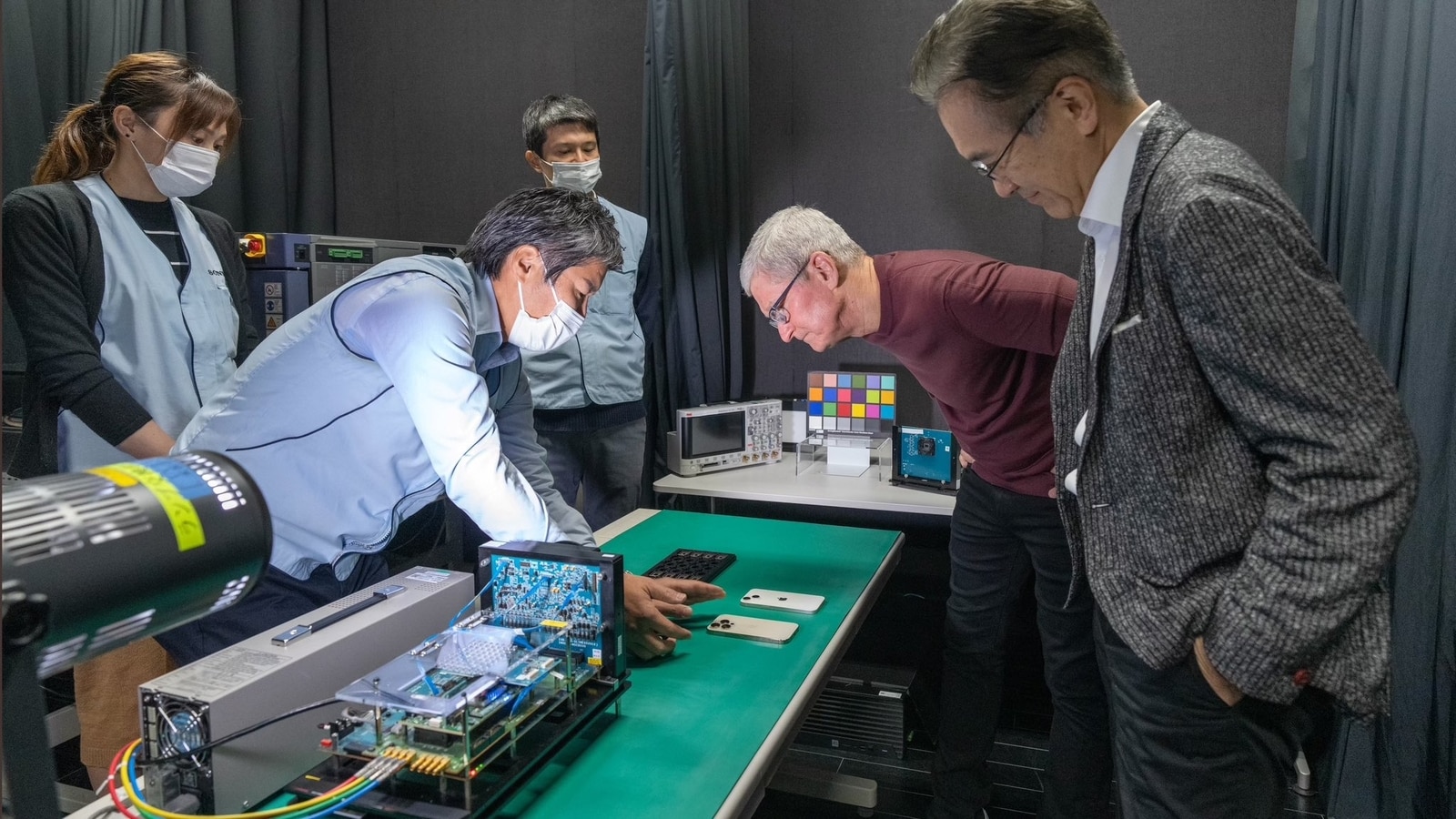 Apple CEO Tim Cook has admitted that the tech giant is using Sony’s camera sensors for its iPhones, ending speculation about the same over the years.

“We’ve been working with Sony for over a decade to create the world’s leading camera sensors for iPhone. Thanks to Ken and everyone on the team for showing me the state of the art facility in Kumamoto today,” Cook tweeted. Apple has been mum about the hardware components used in the development of its flagship iPhone series.

Last month, Nikkei had reported that Sony will ship its latest image sensor to Apple and that the component is expected to be included in the latest version of the iPhone, which goes on sale next year.

According to the report, the new image sensor, developed by Sony Semiconductor Solutions, will be manufactured at its Nagasaki factory and shipped to Apple and other smartphone manufacturers.

We’ve been working with Sony for over a decade to create the world’s leading camera sensors for iPhone. Thanks to Ken and everyone on the team for showing me the state of the art facility in Kumamoto today. pic.twitter.com/462SEkUbhi

On Tuesday, Apple said it has invested more than $100 billion in its Japanese supply network over the past five years. The company said it has increased its spending on suppliers in Japan by more than 30 percent since 2019, with a network of nearly 1,000 companies, Reuters reported.

Apple has said that 29 Japanese suppliers, including Murata Manufacturing Co, Sony, Fujikura, Sumitomo Electric Industries and Keiwa Inc, have committed to switching to renewable energy for the company’s businesses by 2030.

In another development, Apple is gearing up to allow alternative app stores on its iPhones and iPads in the European Union, Bloomberg reported. The move could pose a major threat to the company’s fast-growing business. However, the rivals would have to rise to the challenge of convincing customers to leave the safety of using Apple’s own store.

This allows Apple customers to install apps without the App Store. But the Cupertino giant has yet to make a decision on the other provisions of the law, such as permission for alternative payment systems.