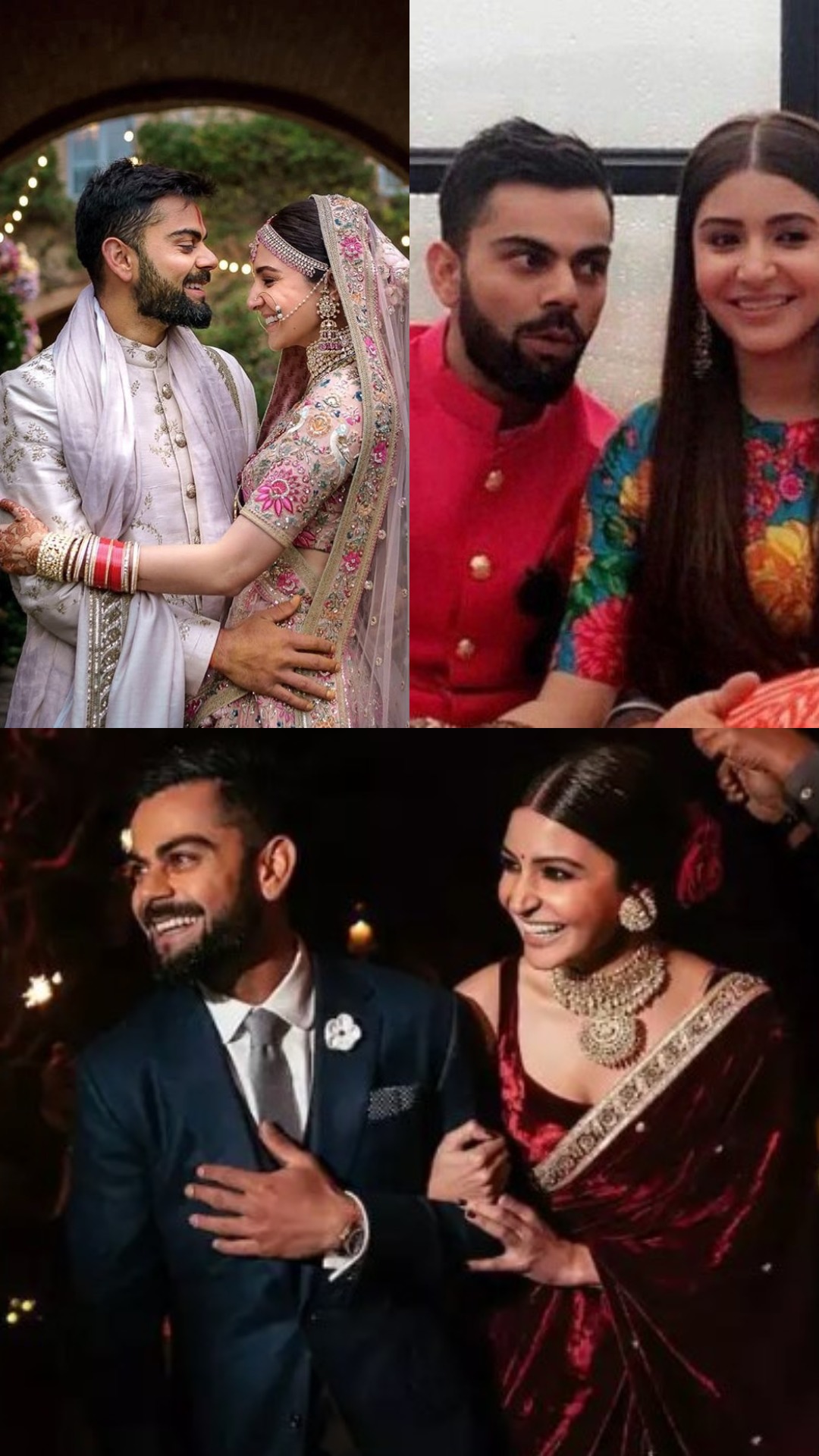 Anushka and Virat got married on December 11, 2017 in an intimate ceremony at a dreamy location near Tuscany, Italy.

The couple married in a private ceremony in the second most expensive holiday destination in the world. Their photos were too dreamy.

At her wedding, Anushka wore a blush pink lehenga by Sabyasachi and complemented it with a pair of jhumkas made of 22 carat gold with Iranian turquoise, tourmaline, uncut diamonds and Japanese cultured pearls.

Anushka Sharma and Virat Kohli hosted a grand wedding reception in Delhi after their wedding. The event was attended by Prime Minister Narendra Modi.

Both Virat Kohli and Anushka Sharma are often seen as the epitome of pair goals. This photo is from one of their celebrations in Karwachauth.

The two welcomed their first bundle of joy, a daughter named Vamika in 2021.

Well, Anushka Sharma is a proud wife as husband-cricketer Virat Kohli who reached his 72nd century in international cricket against Bangladesh.

Virat and Anushka strike a sweltering pose together.