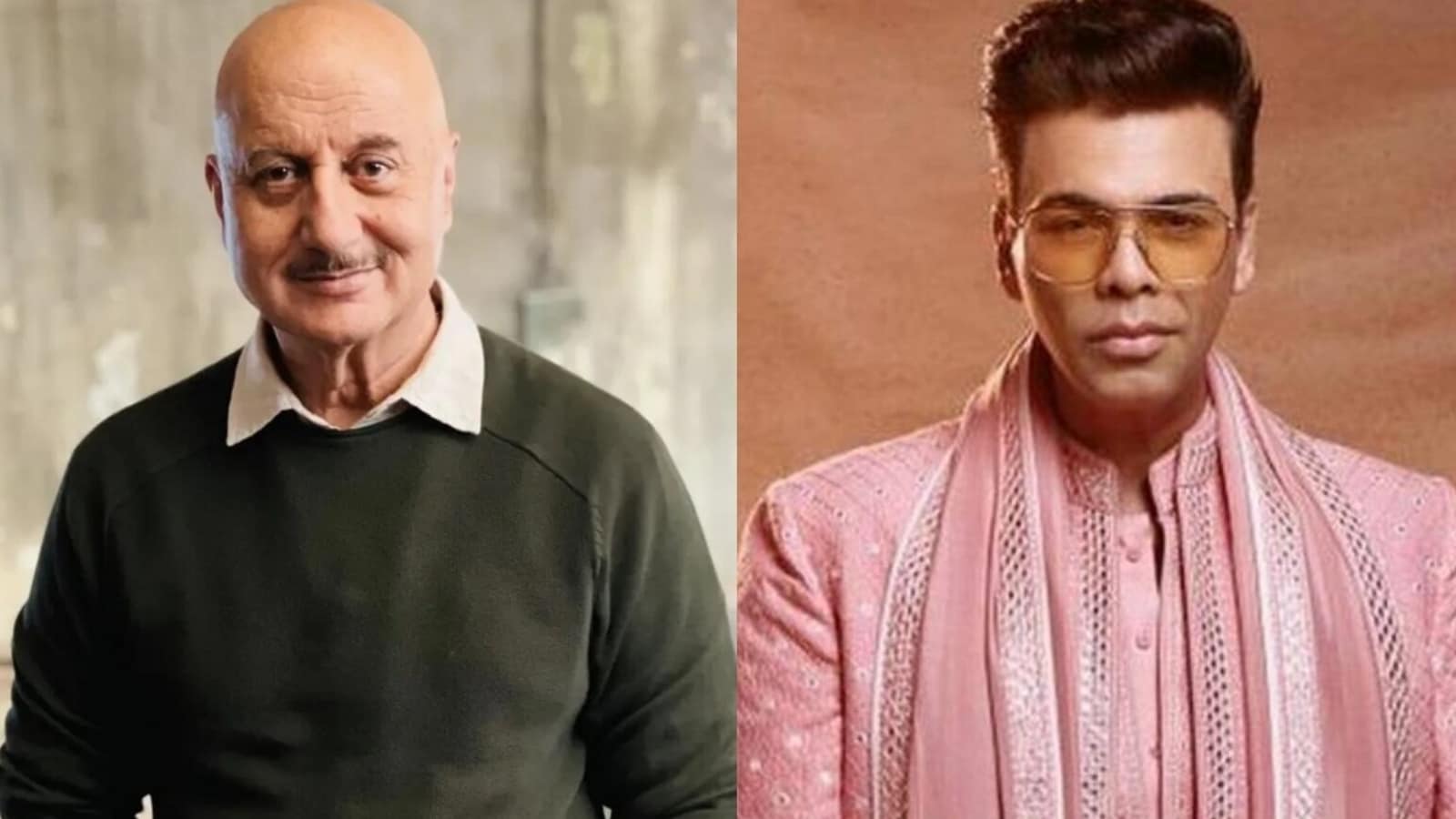 Senior actor Anupam Kher, who has more than 500 films to his credit, recently spoke about his absence from mainstream Hindi films. Despite the success of The Kashmir Files followed by his latest release Karthikeya 2, Anupam said he stopped getting offers from big banners including Karan Johar, Aditya Chopra and Sajid Nadiadwala. He will next be seen in Sooraj Barjatya’s film Uunchai. (Also read: Anupam Kher says ‘meri to nikal padi’ as his film Karthikeya 2 also becomes a blockbuster)

Anupam Kher appeared in several hit movies like Kuch Kuch Hota Hai, Dilwale Dulhania Le Jayenge, Veer Zaaara among others, produced by Karan Johar and Aditya Chopra. Remembering the old days, Anupam said that although he used to be their “darling”, things have changed for unknown reasons.

During an interview, Anupam told Times Now Navbharat, “I am not a part of mainstream cinema in India these days. I am not. I am not doing Karan Johar film, I am not doing Sajid Nadiadwala film, I am not doing Aditya Chopra- movie because the offers didn’t come in. I was a favorite of all these people. I’ve done everyone’s movies. But I don’t blame them for not casting me anymore. But because they didn’t cast me in their movies, I thought I did a pad where I did a Tamil movie called Connect, I did a Telugu movie called Tiger Nageswara Rao, I also did Sooraj Barjatya’s Uunchai.”

Talking about how he rediscovered his love for the craft, he added: “Otherwise I could have sat down and said, ‘Arey yaar mere dost aur mere jo itne kareebi they ek zamaane mein, mujhe ab lete nahin hain filmon mein toh main ab kya karoon main toh barbaad ho gaya (who used to be my friends now ignore me and don’t offer movies).’ Of course mujhe takleef hoti hai, dukh hota hai ki kyun nahin lete bhai main toh inki sab filmon mein kaam karta tha (It hurts, hurts because I used to work with them. But it’s not a complaint and I don’t hold it either I just say that when one door closes, sometimes so many other windows and doors open).’

Anupam Kher will next be seen in Kangana Ranaut’s upcoming period drama Emergency. In the film, he will play the role of Jaya Prakash Narayan while Kangana will star as PM Indira Gandhi. He also has Shiv Shastri Balboa and Uunchai.