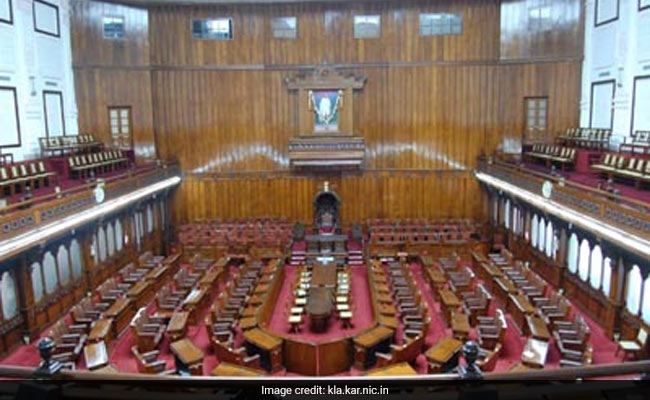 The controversial anti-conversion bill was passed today by the upper house in Karnataka, despite opposition from Congress and HD Kumaraswamy’s Janata Dal Secular. The opposition argued that such a law infringes on the freedom of religion enshrined in the Constitution. The government objected that the law would only protect people from forced conversion, claiming it is becoming more common.

The Law Protecting the Right to Freedom of Religion, 2021, more commonly known as the Anti-Conversion Law, was passed by the Legislative Assembly of Karnataka in December 2021. But it was not presented to the Council, where the ruling BJP did not have a majority. Instead, the government has passed an ordinance or executive order to stop forced conversions.

The bill was introduced in the Council today, after the BJP won the majority after the MLC elections.

“It is an unconstitutional bill and violates Articles 25,26,15 and 29 of the Constitution,” said BK Hariprasad, the leader of the opposition in the Legislative Council. “The government says it is not against any community. But most of the members who spoke of the treasury were spitting poison against the minority community,” he added.

“We are not restricting anyone who voluntarily adopts a religion that they must apply to the Deputy Commissioner and voluntarily make a statement to the DC. If forced conversion takes place and if we receive complaints, action will be taken,” he said. . added.

Unlike other laws, the burden of proof under this law is on the accused, which means that the accused must prove that he is not guilty. A suspect also cannot get bail. The marriage after a forced conversion is annulled.

The rush to pass anti-conversion laws in BJP-ruled states began after Uttar Pradesh passed the ban on illegal conversion from religion in 2020. Similar laws have also been passed by Madhya Pradesh, Haryana and Himachal Pradesh. Earlier, Odisha, Chhattisgarh and Gujarat had passed similar laws. The Uttarakhand Freedom of Religion Act, 2018, prohibits forced conversion for marriage purposes.

Critics say the laws are the right-wing offensive against what they have called “love jihad” – a coin for relations between Muslim men and Hindu women, which they say is a ruse to forcibly convert the women. The laws, they say, will be used to attack Muslim men, and in some states, the Christian community.

A series of petitions have challenged anti-conversion laws in the Supreme Court, but no hearing has yet been held.