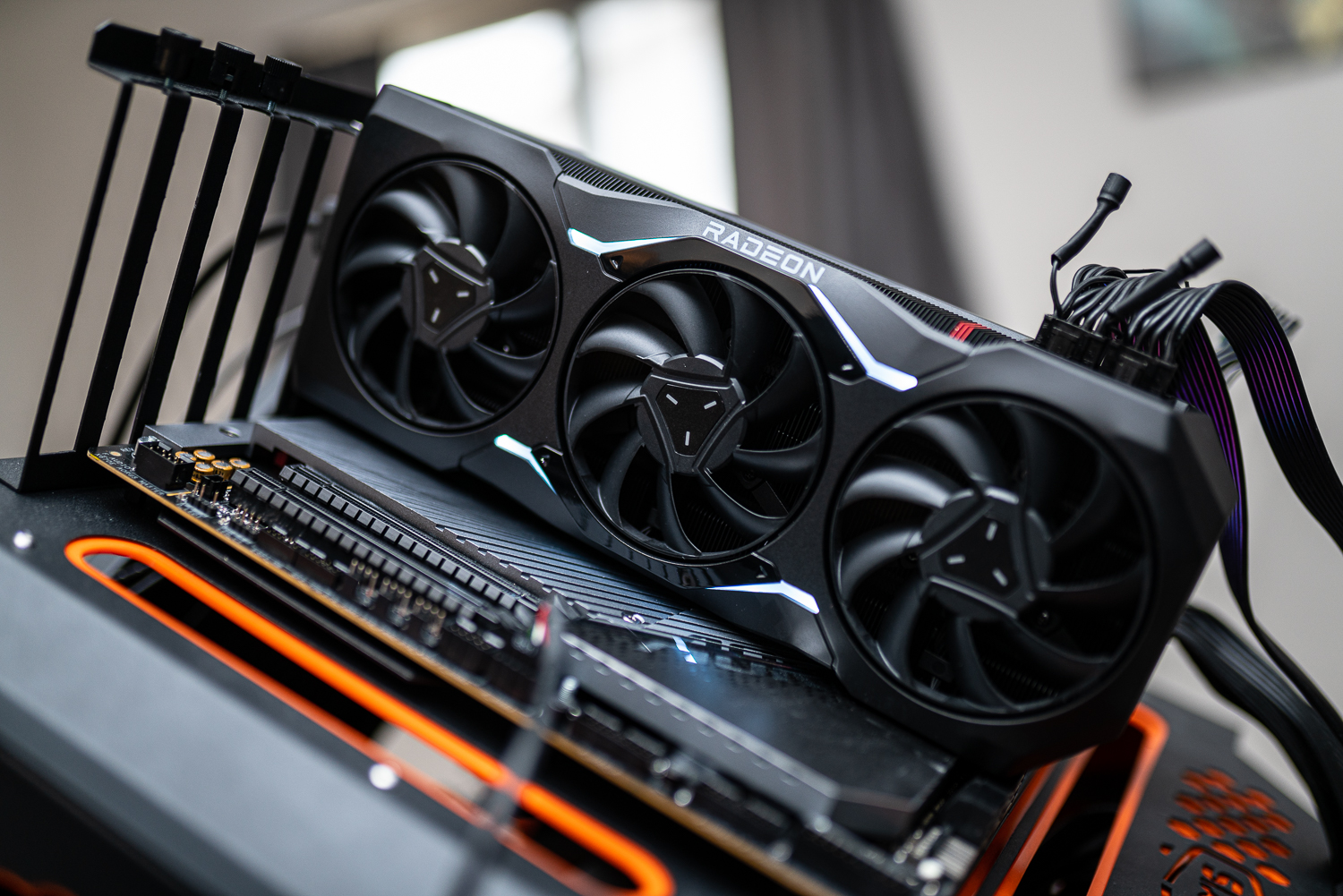 AMD’s long-awaited RX 7900 XTX is here, and given the price, many gamers have a tough decision between the RTX 7900 XTX and Nvidia’s RTX 4080. Both are some of the best graphics cards money can buy, but one is clearly better for most people .

The RX 7900 XTX simply offers better value, and while the RTX 4080 has better features and ray tracing support, AMD still comes out on top given that the GPU is much cheaper. I’ll break down specs, performance, ray tracing and more here, but be sure to read my RTX 4080 review and RX 7900 XTX review for a full rundown on these graphics cards.

First, there is memory. AMD’s RX 7900 XTX packs 24 GB of memory compared to just 16 GB of the RTX 4080. However, Nvidia uses faster GDDR6X memory. For gaming, the balance between speed and bus width means the RTX 4080 and RX 7900 XTX are largely on par, but VRAM-heavy applications will certainly benefit from the increased capacity on the RX 7900 XTX.

The connection standard is also important to note. Nvidia stuck with DisplayPort 1.4 for the RTX 4080, which is still capable of driving high-end displays like the 4K Samsung Odyssey Neo G8 at 240Hz. The RX 7900 XTX supports DisplayPort 2.1, which could be important for PC gamers in the future.

VR gamers and those looking to drive the first 8K gaming monitors in particular will need DisplayPort 2.1. The difference between DisplayPort 1.4 and 2.1 is not important now. In six months to a year, however, it could be an essential difference if you want to pair your high-performance GPU with an equally high-performance monitor.

It all comes down to pricing

Somewhere between $200 and $300 separates the two GPUs, with up to $400 possible depending on the model you choose. Most importantly, the RX 7900 XTX is significantly cheaper. Even at $200 above list price, you’re still spending more on the cheapest RTX 4080 than you would on an RX 7900 XTX.

Rumors say Nvidia could lower the price of the RTX 4080 in the future. That’s unconfirmed at this point, though, and even if Nvidia lowers prices, that doesn’t mean models you can actually buy will follow suit. The price you pay is generally different from the price set in the world of graphics cards, and AMD wins on that front. Our month-over-month tracking of GPU prices has consistently shown that AMD cards sell for less than Nvidia, and this generation should be no different.

Similar performance in most games

In our range of games, the RX 7900 XTX is only 2% slower than the RTX 4080. That includes some wins and some serious losses for the AMD card, with the two GPUs duking it out depending on the title. It’s safe to say they perform on par, with the RX 7900 XTX offering much better value.

While the RX 7900 XTX offers much better value, it still trades blows with the RTX 4080. In some games, such as Cyberpunk 2077 and Red Dead Redemption 2, AMD’s card actually delivers better performance than the RTX 4080 – and for less money. In titles like Forza Horizon 5 and Horizon zero dawn, However, Nvidia leads by a solid margin.

In raw gaming performance, the RTX 4080 and RX 7900 XTX are evenly matched, with both cards taking a slight lead depending on the game you’re playing. That puts all the emphasis on price, and AMD is the clear winner on that front.

Ray tracing and DLSS can make a difference

The RX 7900 XTX and RTX 4080 start to drift apart when you take ray tracing into account. Nvidia has cornered the market with ray tracing, and AMD’s RX 7900 XTX doesn’t change that. You can see in the chart above that the RTX 4080 delivers consistently better ray tracing performance at 4K.

AMD is much more competitive this generation than in previous generations, but Nvidia has the edge in overall ray tracing performance. That may be important to some, but the main feature that sets the RTX 4080 apart is Deep Learning Super Sampling (DLSS).

DLSS offers upscaling and AMD has its FidelityFX Super Resolution (FSR) feature just slightly below what DLSS offers. However, the RTX 4080 also supports DLSS Frame Generation. This generates new frames to boost your frame rate in demanding games like Portal RTX and Cyberpunk 2077, and it allows the RTX 4080 to provide a lot higher performance than the RX 7900 XTX can handle in supported games.

AMD is working on FSR 3, which also includes a frame generation feature, but we don’t know much about it at this point. It’s best not to base your purchase decision on FSR 3, as we’re probably still many months away from its release and we have no idea how it will perform or look.

DLSS Frame Generation and ray tracing help justify the higher price of the RTX 4080. However, those additions are not important for everyone. If you don’t care much for ray tracing and are looking for the best raw performance at the best price, AMD’s RX 7900 XTX still wins.

AMD’s RX 7900 XTX is the better GPU for most people. It offers performance comparable to the RTX 4080, but costs less, which is hard to argue with. You get a lot more bang for your buck without sacrificing performance – or, at the very least, those sacrifices are offset by the performance gaps you see with the RTX 4080.

Some gamers want the very latest technology, and for that bunch the RTX 4080 is still the way to go. It’s expensive, but AMD doesn’t currently have a convincing answer for DLSS Frame Generation or high ray tracing performance. The RX 7900 XTX is capable of ray tracing, but if you want to crank up all the ray tracing sliders to say you did, then Nvidia is the way to go.