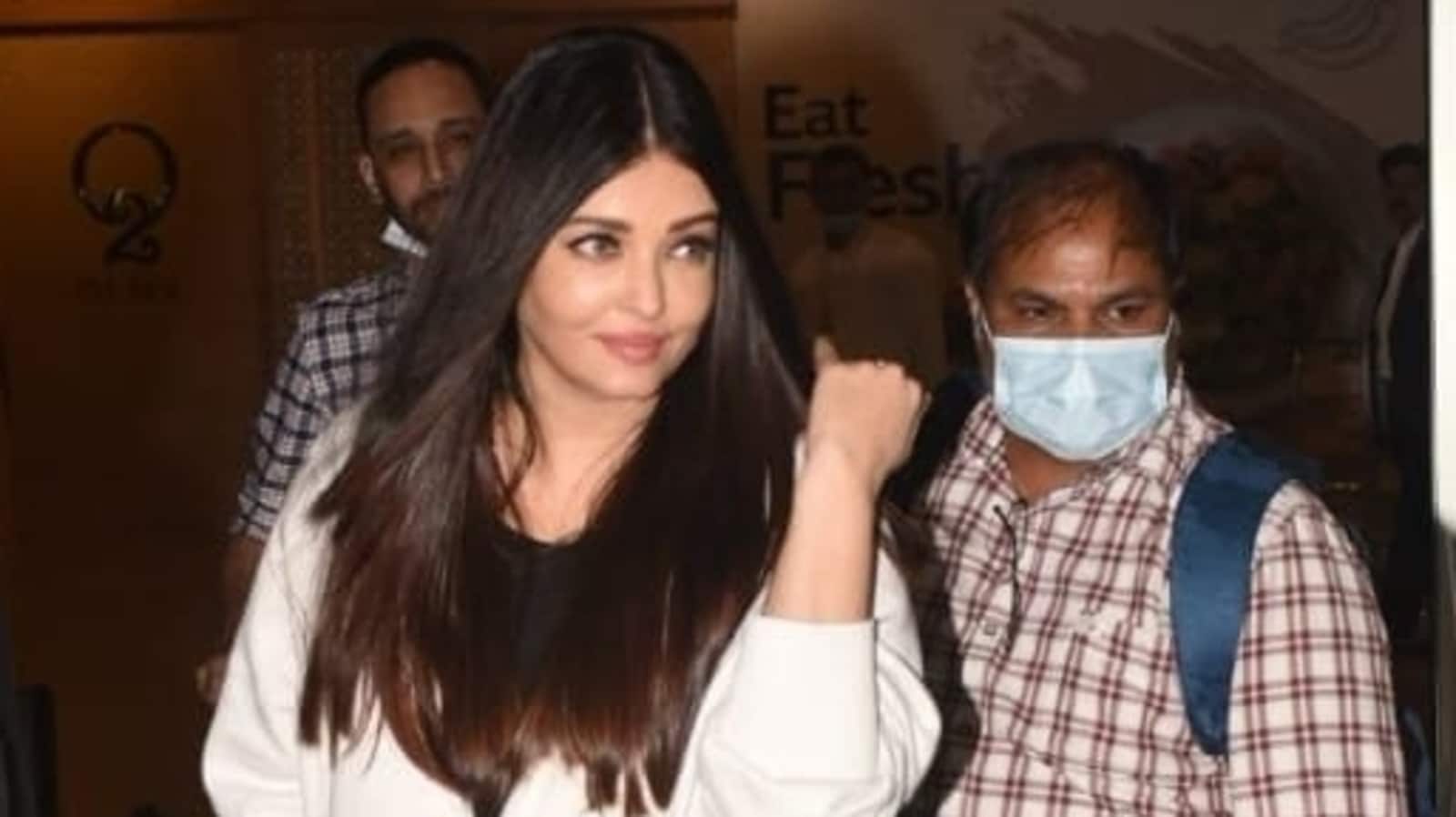 Aishwarya Rai is usually known for her all black airport look as she usually travels with daughter Aaradhya Bachchan and holds her hand when she is in public. On Friday, Aishwarya was seen all alone as she exited Mumbai airport in white. The actor was wearing a long white overcoat over a black T-shirt and tights as she stepped out of the arrivals hall late Friday. She completed her look with white shoes and a black handbag. Also read: Aishwarya Rai snaps selfie with Trisha Krishnan on Ponniyin Selvan 1 sets

Aishwarya had left Mumbai on Friday morning and was spotted at the airport with the same look. Upon her arrival, she greeted the paparazzi with a smile and also posed for them after getting into her car.

When a paparazzi account on Instagram shared a video of her leaving, fans spotted the wallpaper on her cell phone screen. It was none other than a close-up of her daughter Aaradhya.

Aishwarya is currently gearing up for the release of her highly anticipated film, Ponniyin Selvan I, directed by Mani Ratnam. The historical drama is based on Kalki Krishnamurthy’s 1955 Tamil novel and will hit theaters on September 30. It tells the story of the early days of Arulmozhivarman, a powerful king of the south who later became the great Chola emperor Rajaraja Chola I. The film also stars Vikram, Karthi, Trisha Krishnan, Prakash Raj, Jayaram, Jayam Ravi and Aishwarya Lekshmi, among others. The Tamil film has also been dubbed in Telugu, Kannada and Malayalam.

Aishwarya plays the role of Nandini – a Pazhuvoor queen in the film. She has a dual role – the other is Mandakini Devi, Nandini’s deaf and mute mother.

Earlier this month, Aishwarya attended the film’s big trailer and music launch in Chennai. She joined her co-stars and special guests Kamal Haasan and Rajinikanth at the event.