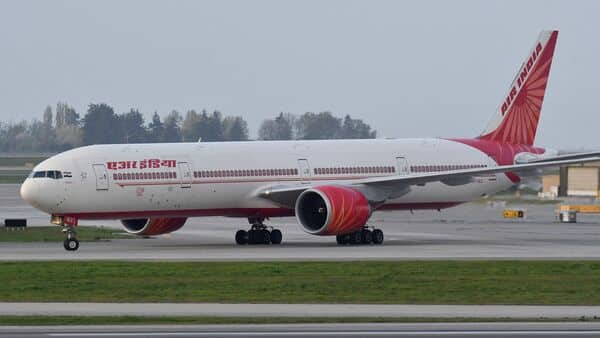 Air India Ltd., owned by the Tata Group, is about to sign a deal with Boeing Co. to buy up to 150 737 Max aircraft, the airline’s first major aircraft order after the privatization, the Economic Times reported, citing people it did not identify.

Air India is likely to place an order for 50 737 Max jets with an option to acquire as many as 150, the paper reported. Tata formally took control of debt-laden Air India earlier this year.

A Boeing spokesperson declined to comment to Economic Times. Air India did not immediately respond to an out-of-hours request for comment.

The plans to add more fuel-efficient aircraft could help the airline increase its market share at home and abroad. Tata’s recent decision to merge Air India with Vistara, which together with Singapore Airlines Ltd. is expected to create a behemoth in one of the world’s fastest growing aviation markets.

The integration will make Air India the largest international and second largest local airline in the country with a fleet of 218 aircraft.

Industry sources had said in July that Air India was closing in on a $50 billion mega order at list prices to be split between Airbus and Boeing, including up to 300 narrow-body and 70 wide-body jets.

The reported order would be a win for Boeing, which it said wanted to increase its capacity in India to keep up with rising demand in the world’s fastest-growing major aviation market.

See also  Who is Jayanti Chauhan who refuses to take over Rs 7000-crore Bisleri? -- Read the full story | Companies News

Indian airspace is dominated by low-cost carriers including IndiGo, SpiceJet and AirAsia India, the majority of which operate Airbus narrow-body aircraft. SpiceJet, Boeing’s largest customer in India, has 155 MAX aircraft on order.

The deal gives Singapore Air a 25.1% stake in the merged airline for a $250 million investment. Both partners have agreed to inject fresh capital into the expanded Air India if needed over the next two years, with Singapore Air’s share potentially reaching $615 million.