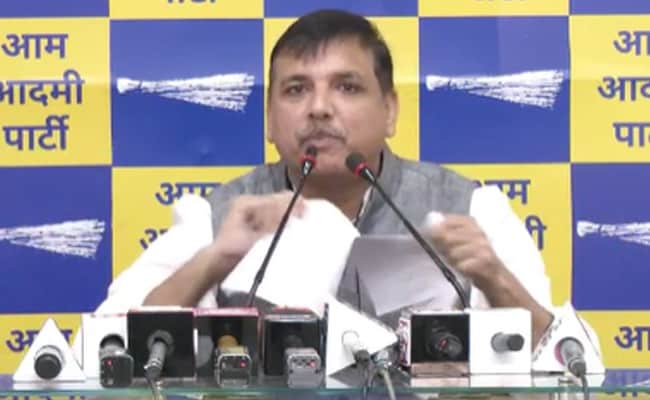 This is the latest in the AAP-versus-LG, scam-versus-scam policy in Delhi since Chief Minister Arvind Kejriwal’s deputy Manish Sisodia was raided by the CBI last month for alleged corruption in liquor sales policies. That new excise policy, which gave way to private players to enter the liquor business, was repealed by the AAP government in July, even before the raids, because the lieutenant governor had already ordered a CBI investigation.

The AAP says the lieutenant governor, appointed by the union government, is acting in “political vendetta” at the direction of the Center’s ruling BJP and Prime Minister Narendra Modi.

Coming back to him, the AAP has alleged several irregularities when Mr. Saxena chaired the Khadi and Village Industries Commission (KVIC) from 2015 to early 2022. AAP MLA Durgesh Pathak said at the meeting that he pressured KVIC employees to exchanging demonetized notes worth Rs 1,400 crore in 2016. In addition, the party said, he abused his position and awarded his daughter a contract for the interior design of a Khadi Lounge in Mumbai.

See also  Leaders And Businessmen Are Getting Raided No Action Is Being Taken Against Friends: Arvind Kejriwal

On this, Mr Saxena has alleged defamation and sent a legal notice Monday to AAP’s Sanjay Singh and Durgesh Pathak, in addition to Atishi, Saurabh Bhardwaj and Jasmine Shah, for “derogatory, malicious” charges. He has asked the leaders to issue a press release “instructing all members of the party and all persons associated with it, directly or indirectly, to stop spreading and disseminating false, defamatory, malicious and unsubstantiated statements.” “.

This is the message that tore Sanjay Singh today, fueling the fight even more.

There are bigger questions at the root of this battle, one of which was raised in the Supreme Court today – over who has more power between the elected government and the LG. A Constitution Bench has set October 11 as the preliminary next hearing.