5 most iconic glitches in GTA franchise 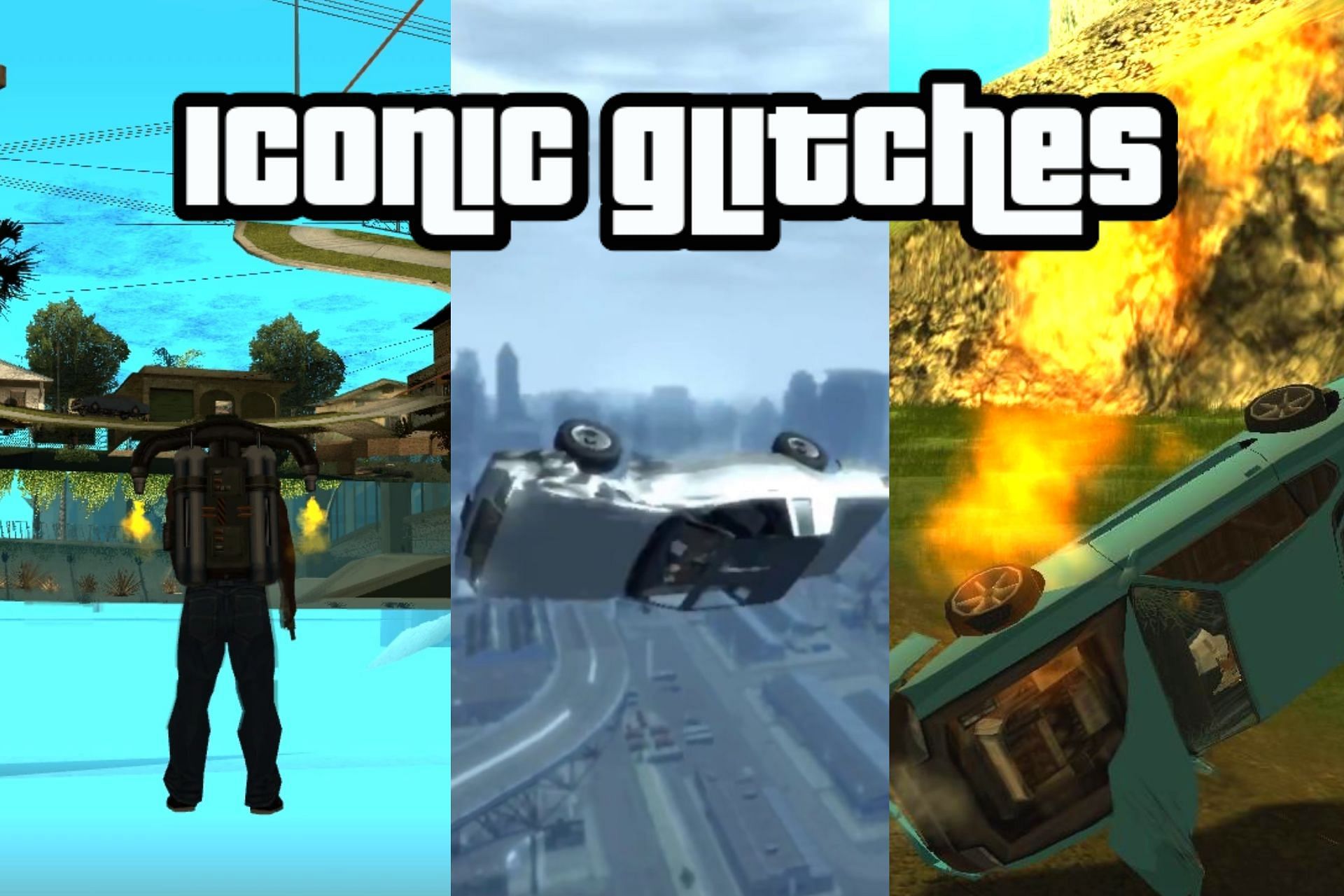 Bugs and glitches in GTA games can be annoying, especially in intense situations. Throughout the series, Rockstar Games has patched numerous game-breaking bugs, but there are some minor ones left for players to enjoy.

Fans have also discovered several ways to have fun with these bugs, resulting in some memorable moments in the game. This article lists five popular GTA glitches that players should try for a fun experience.

Note: This article is subjective and reflects the opinion of the writer only.

The Cherry Popper save corruption glitch was one of the most notable in Vice City. This happened because the game was released at a time when communication media was not as fast and fluid as it is now. It was a nightmare for many players for a long time.

When Tommy buys the Cherry Popper Ice Cream Factory, a save icon will appear in the establishment. While it is common to save game progress using these icons, the Cherry Popper not only corrupts the save file but also erases the others. This puts players at risk of losing the game.

Many fell prey to the trap and lost all their progress. Although Rockstar later fixed the bug, fans are still taking precautions when saving their games.

Car explosions are common in GTA games, and players often flee when a vehicle is on or near a fire. While the explosions in HD universe games are more realistic and enhanced in the Expanded and Enhanced versions of Grand Theft Auto 5, 3D universe vehicles sometimes explode twice.

It’s unclear whether the game developers included the double explosion by accident or to troll players, but it certainly disrupts progress.

When a vehicle catches fire, it ignites with a mini explosion, damaging some parts. After a few seconds, a larger explosion takes place, completely destroying the car and its surroundings.

Blue Hell, also known as ‘going out of bounds’, is a popular glitch in the Grand Theft Auto franchise. While the glitch appears in all 3D and HD universe titles, it is most apparent in San Andreas and Grand Theft Auto 5.

Certain hidden areas have no collision effects, making it easy to go under the map. While the footage shows players falling to infinity, the game teleports them back to the ground in seconds.

This is the most amusing and childish glitch in Grand Theft Auto 4. When players try to push the swing bars in the Firefly Projects Park, they are automatically thrown into the air. The glitch can be done with both characters and vehicles.

The swing’s trajectory is unpredictable, so one can fly at any distance. In addition, due to inertia, the player occasionally falls off the windshield of the car while in the air, resulting in a hilarious scene.

Those who are bored with the game often try this glitch to have a rib-tickling experience.

The telescope glitch allows players to combine certain headgear that are not allowed in the game by default. The glitch is simple and easy to implement.

One has to wear the primary accessory and stand near a telescope without using it. The accessory will be removed automatically, allowing players to equip another accessory through the interaction menu. When you’re done, simply walk away from the telescope to put the primary and new accessories together.

Players recently used this bug to create the Pumpkin Mask outfit for the Halloween event, which combines a pumpkin mask and hat.

Here are some of the Galaxy S23 series official accessories