5 best cards for the Retro Royale challenge in Clash Royale 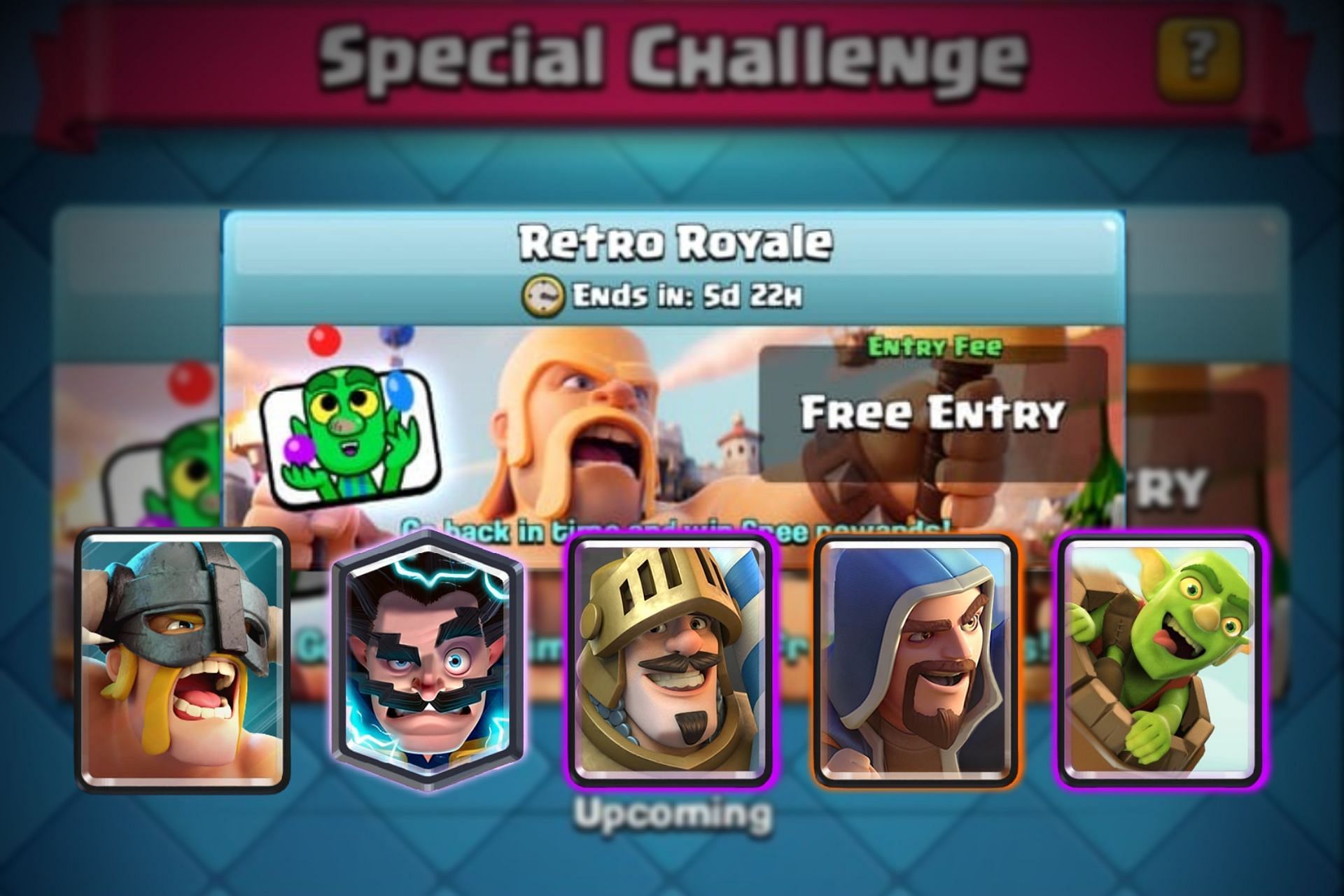 The Retro Royale Challenge Clash Royale offers players free entry and a chance to earn various rewards. It requires players to create an eight-card deck with the first 66 cards and win 10 battles.

The in-game description of the Retro Royale Challenge is as follows:

“Go back in time with Retro Royale! Create and play with a deck using the first 66 cards released in Clash Royale. Lose 3 and you’re out, but you have a chance to reset your losses and keep your progress .”

Players can choose any card ranging from Common to Legendary, unlocked or not, to make the eight-card deck.

In this article, we examine the best cards for the Retro Royale Challenge in Clash Royale.

Note: This article is subjective and reflects the opinion of the writer only

Prince, Elite Barbarians and 3 other cards for the Retro Royale Challenge in Clash Royale

Players can unlock the Wizard once they progress to Arena 4 in Clash Royale.

The Wizard is a powerful support troop that can be deployed with cards such as Hog Rider, Prince, and Mini Pekka due to its high damage. It can also be used to prevent an enemy’s swarm army from moving forward.

Due to its versatility, the Wizard is one of the strongest anti-air cards to use in the Retro Royale challenge. Wizards and Electro Wizards work well together to take down enemy troops and towers quickly.

One of the best spell cards in Clash Royale, Goblin Barrel, can be unlocked when players reach Arena 3.

Once the Goblin Barrel is placed on the battlefield, three goblins with high damage and hit points will attack the target. Players can use this card to destroy towers.

The Goblin Barrel is effective against cards targeting buildings such as Miner and Hog Rider. Players should use it to attack towers as soon as the opponent uses one of their low elixir counterattack cards, such as Spirits, Log, or Zap.

Once they reach Arena 10, players can use the Elite Barbarians card to summon two strong Barbarians with tons of hit points.

The Elite Barbarians are one of the strongest Common cards for Clash Royale’s Retro Royale challenge. It can easily knock down an opponent’s towers.

The Prince is one of Clash Royale’s most effective Epic cards and deals a ton of damage to ground units. Due to its massive damage and hit points, it can easily remove troops with a high DPS.

Players who have troops such as Valkyrie, Wizard, and Baby Dragon on their eight-card decks can play the Prince as a counter-attack troop. The map has a recharge capability, much like the Dark Prince, which increases both speed and damage. It can be used to block an enemy’s advance or stop an opposition force.

The Prince and Dark Prince effectively complement each other as counter-pressurers.

The Electro Wizard is one of the best troop cards for splash damage in Clash Royale. It can be obtained by players once they reach Arena 8.

The Electro Wizard is a multi-target unit with strong damage powers. The card has the ability to slow down an opponent’s troops, making it a powerful counterpart to high damage cards in the Retro Royale challenge.

Friendly cards like Valkyrie and Mega Knight can be protected by the Electro Wizard from single-purpose cards like Inferno Dragon, Mighty Miner, and Inferno Tower.