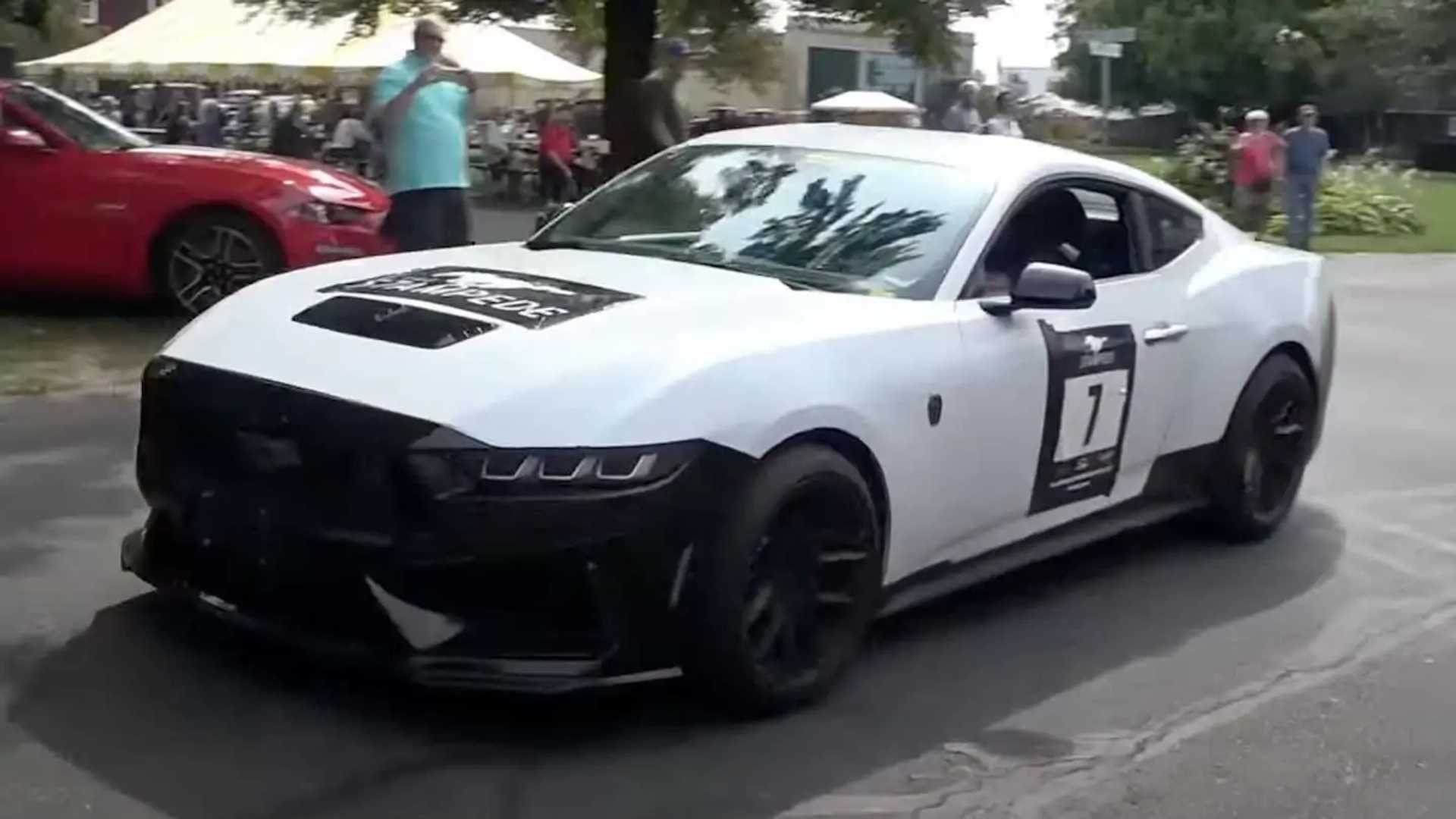 Fifteen minutes – it only took 15 minutes for Ford to introduce a special edition seventh-generation S650 Mustang. The track-focused pony car, known as the Mustang Dark Horse, promises more than just a great name and emblem.

And while we’re still waiting for an official video of the Dark Horse in action, YouTuber DtRockstar1 luckily had an encounter with the special Mustang at the Gilmore Car Museum during the 2022 Mustang Stampede. In fact, the hotter ‘Stang got caught accelerating during the encounters – and it definitely sounds mental. Hear it for yourself via the video embedded above.

Aside from the acceleration sounds, we also get to see what’s under the hood of the new Ford Mustang Dark Horse. The fourth-generation 5.0-liter Coyote V8, complete with its dual air-intake box and dual-throttle body design, is touted by the Blue Oval to produce the most naturally aspirated power of any Mustang GT ever. That is further enhanced with the Mustang Dark Horse.

However, the exact figures are not yet known at the time of writing. The Blue Oval said the Dark Horse will have a bit more punch than the standard 2024 Ford Mustang GT with specialized tuning with other upgrades. The automaker would aim for 500 horsepower (373 kilowatts) for the Dark Horse.

When we hear it in action above, we don’t doubt those claims at all. But we can say that we’re pretty excited about what Ford has in store for the 2024 Mustang and the rest of the range.

See also  The different Founder's Packs and how to claim them

If you’re reading this and you’re not in North America, don’t worry, as it looks like Ford will be offering the Dark Horse version worldwide. This is pretty much confirmed by the automaker having filed a trademark for the name around the world. All that’s left now is the official announcement.